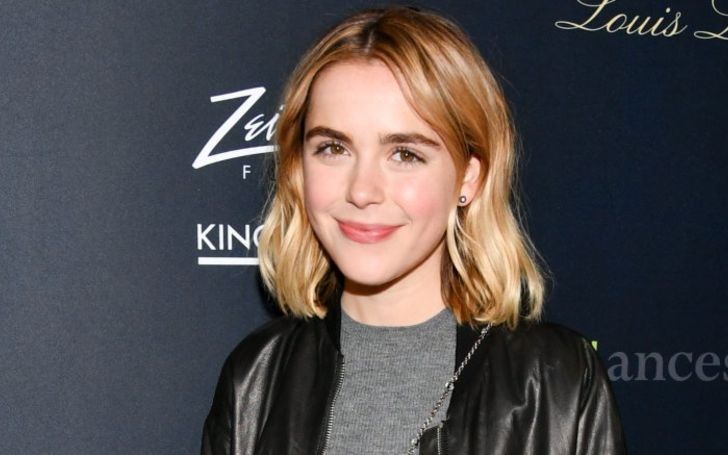 With OTT platforms like Netflix and Amazon coming into existence, a number of young aspiring actors have found space to showcase their acting skills. In fact, there are a few, who earn a place for themselves in such a short span of time.

Well, here we have brought to you some of the successful actresses under 25 years of age. Further, we will also discuss their relationship status and a few other interesting facts.

She made her debut in 2009 in the TV series An American Girl: Chrissa Stands Strong and since has appeared in dozens of films and TV series like The Front Runner, Beautiful Boy, The Mentalist, to name a few.

Since 2011, she is the regular cast of the Last Man Standing, where she portrays a character named Eve Baxter.

As of 2020, Kaitlyn is reportedly single but she was in a relationship with American actor Ansel Elgort in the past.

American actress Elle Fanning is the younger sister of Dakota Fanning. She was born on April 9, 1998, in Conyers, GA, and is currently 22 years of age.

As of 2020, Elle is in a relationship with 34-year-old actor Max Minghella. Elle and her boyfriend Max are together for two years and are going strong in their relationship.

Amandla Stenberg is an American actress and singer known for her roles in films such as The Hunger Games, Everything, Everything The Hate U Give, and a lot more.

French-American actress and model Lily-Rose Depp is the daughter of famous actor Johnny Depp. She began professionally as an actress with Tusk in 2014 and has since appeared in many The Dancer, Planetarium, A Faithful Man, to name a few.

Three of her upcoming movies Dreamland, Voyagers, and Silent Night are in the post-production phase.

As of June 2020, Lilly-Rose is single. But she was in a relationship with actor-boyfriend Timothée Chalamet.

The duo reportedly began dating in October 2018 and broke up in April 2020 as per Elle.

Joey Lynn King is an American actress who came into limelight after portraying Ramona Quimby in the comedy film Ramona and Beezus. Her other successful works include Crazy, Stupid, Love (2011), The Dark Knight Rises (2012), Oz the Great and Powerful.

Nothing about Joey’s relationship status has been confirmed yet, however, there are rumors that she is dating film director and producer Steven Piet.

As of 2020, Kiernan is single and not dating anyone. However, she has been linked with a few men. In July of 2019, she was rumored to be dating film director Christian Coppola.

Further, she was also linked to Charlie Oldman, Ross Lynch, and Gavin Leatherwood in the past.

Mackenzie Foy is an American actress and model. She is known for her roles in the 2012 film The Twilight Saga: Breaking Dawn – Part 2, where she portrayed a character named Renesmee Cullen.

She was also part of the 2014 space epic Interstellar where she played the role of young Murphy. Her upcoming project Black Beauty where she appears as Jo Green is in its post-production phase.

Mackenzie is single at present. There are no reports of her boyfriends and relationships.

American actress Sophia Lillis is known for her works in the horror films It (2017) and It: Chapter Two (2019), where she played the character named Beverly Marsh.

Moreover, she has also appeared in HBO psychological thriller Sharp Objects in 2018 and a character of a detective in Hidden Staircase in 2019.

Sophia does not have a boyfriend yet, but there are rumors that she has had a relationship with her It co-star Jaeden Lieberher. Having said that, none of the duos have confirmed the rumors.

Maddie Ziegler, also known as Madison Nicole Ziegler, is an American model, dancer, and actress. She made her acting debut with the 2010 American TV reality program Live to Dance.

She gained huge popularity from the reality TV show Dancing with the Stars.

Maddie has a lot of upcoming projects in hand. In 2020, she will be seen in two TV shows Scooby-Doo and Guess Who?, and The Tonight Show.

Likewise, she will also be seen in films, Music and West Side Story, which are in its post-production phase.

While there is speculation that Maddie is dating American-Filipino dancer Kenneth San Jose, they have not confirmed their romance yet.

Talking about Maddie’s past boyfriends, she had a long-term relationship with Instagram star Jack Kelly. Starting at the beginning of 2017, the ex-couple broke up in August 2018.

Millie Bobby Brown is a British actress who gained prominence following her portrayal of Eleven in science fiction Netflix series Millie Bobby Brown. Starting in 2016, she is still a regular cast in the series.

Moreover, she was also awarded Primetime Emmy Award nominations for Outstanding Supporting Actress in a Drama Series for her role in Stranger Things at the age of 13, making her the youngest Emmy awards recipient.

She made her film debut in 2019 appearing in Godzilla: King of the Monsters.

Prior to Joseph, she was in a relationship with Vine singer Jacob Sartorius.

Who are Elle Fanning Parents? Relationship With Her Sister Dakota Fanning

Who is Maddie Ziegler Boyfriend in 2021? Shared Intimate Pic

All About Elle Fanning Boyfriends: Rumors About Her Pregnancy, & More