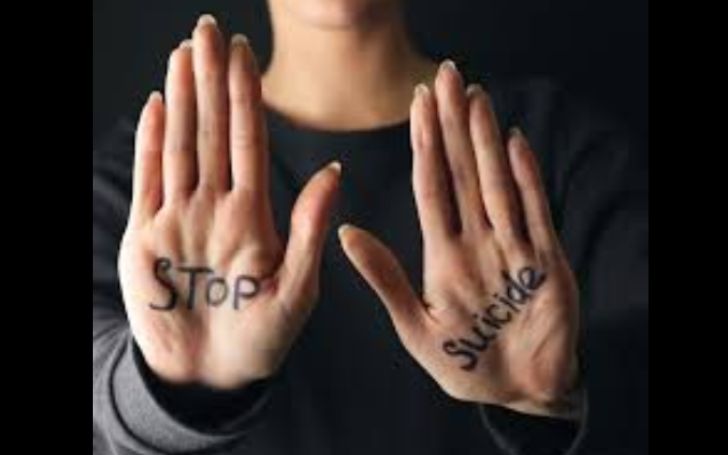 When we hear the news of someone’s death – whether it be a person close to you or someone else – it often leaves us with chills running down our spines. Moreover, “death” is always a sensitive topic. Even more so, death by suicide is something that scares most people. We often can face the reality after losing someone naturally, but is it the same in the case of suicide? Of course not. The saddening part here is, we have no idea that someone’s struggling until the very end.

Furthermore, according to research, suicide is one of the leading causes of death among people today. Almost 800,000 people per year give up on themselves by committing such an act. Among such thousands of people, there are celebrities who we absolutely adored. Watching them play cheerful roles or making great music often does not mean that they aren’t struggling. Suicide comes to all – whether rich or poor, successful or unsuccessful.

Therefore, this article brings to you 7 Celebrities Who Committed Suicide. What was their reason? Let’s find out together.

Kurt Cobain was an American musician who won the heart of millions. He was better known as the lead vocalist and guitarist of the band, Nirvana. Born in 1967, Cobain was just 27 years old when he took his own life. So, what was his story?

The singer/songwriter’s body was found on 8th April 1994 by an electrician who had come to install a security system at his home in Seattle. After further investigation, it was found that Kurt had already died 3 days before his body was discovered. It was also claimed that his death occurred due to a self-administered gunshot to the head.

A little more digging was done after this incident. As it turns out, the musician was suffering both mentally and physically. Cobain battled with chronic bronchitis and an undiagnosed stomach concision leading to alcoholism and depression.

According to Kurt himself, the actor had stomach pain so severe during Nirvana‘s 1991 Tour that he became suicidal. In addition, he numbed the pain with heroin and thought that it was his only option to cope. The singer was also on drugs when he passed away.

The investigators of his case also found a note beside his body. It was addressed to Cobain’s childhood imaginary friend, Boddah. There, he expressed his frustration with life and the fame he got – Kurt felt like a fraud almost all the time.

The next tragic story is of the famous WWE Champion, Chris Benoit. Benoit was known in the entire world as a two-time World Heavyweight Champion. In addition to this, in 2004, he won the Royal Rumble match and consecutively, was introduced into the WWE Hall of Fame.

However, his famed career as a wrestler came to an end in 2007 when Chris killed himself and his family. In other words, he murdered his wife and son before hanging himself to death on 25th June 2007.

Furthermore, the autopsy result revealed that the WWE player had an advanced form of brain damage. This was linked to the numerous accidents or injuries the wrestler had during his career. Hence, many believed that this damage led him to commit such a horrendous act.

Digging deeper into his story, it looks like Benoit had warned one of his friends about what he was about to do. A few days before the tragic incident, he sent a text message saying he had “gone crazy” and was “sorry for the mess” he was about to make.

American actor and comedian, Robin Williams was one of the most cheerful actors in Hollywood. The spotlight hit him in the 1970s when he appeared in the show, Mork & Mindy. Williams had a grand acting career, both in film and TV.

Looking behind that cheerful smile of his, Robin suffered a lot mentally. The lifeless body of this actor was found in his apartment in California on 11th August 2014. This news of his death shocked the whole world – many could not believe that it was actually true. But, as it turns out, Williams had hung himself with a belt from a doorknob and took his own life.

Upon further investigation, it was found that 6 months prior to this heartfelt event, Robin was diagnosed with Parkinson’s disease. The comedian, however, did not let this information out in the open. Along with this, he was also struggling with depression and had a history of substance abuse.

On the contrary, we could say that Williams was working to become better. He used to visit a therapist and also was under medication for his mental conditions. Sadly, it could not go for long and our most beloved actor committed suicide at the age of 63 years.

Chester Bennington was an American singer/songwriter, best known as the lead singer for the band, Linkin Park. He became quite famous around the 2000s through his debut album, Hybrid Theory. This album, in 2005, was one of the best-selling debut albums in history.

Unfortunately, the singer only lived till the age of 41 years. On 10th July 2017, Bennington’s dead body was found at his home in LA. Furthermore, it was his housekeeper who found the body. Apparently, the musician had hung himself from a door in his bedroom.

So, what led Chester Bennington to commit suicide? As it turns out, the popular lead singer of the rock band Linkin Park was suffering from depression and anxiety. He had even revealed in an interview that he considered suicide and had “a real fear” of it happening actually.

The Swedish DJ, Tim Bergling was famously known by the name, Avicii. He was an underrated music producer and songwriter. Due to his great talent, many people loved Avicii and helped him reach great height and success.

Sadly, the DJ lived a very short life. On 28th April 2018, Tim Bergling gave up on himself by self-inflicting wounds with a broken glass that took his life. Later, his publicist released a statement saying that the songwriter was “not made for the business he was into”. In other words, the pressure from the music industry to maintain his fame took a toll on Avicii’s life.

Furthermore, before his death, in 2017, a documentary was released that was based on Bergling’s life. According to Avicii: True Stories, the musician was suffering both mentally and physically. He was battling depression and anxiety that led him to even abuse alcohol.

43-year-old Lindsey Pearlman was an American actress. She rose to fame for her role in shows like General Hospital and Chicago Justice.

However, things did not end well for Pearlman. She was found dead at the base of Runyon Canyon in Hollywood. Her body was discovered by a hiker who noticed her body inside a car recently in 2022. Investigators believed that the actress killed herself by drug overdose.

Following this horrific incident, the General Hospital actress called her husband to let him know that she was going to kill herself. According to the official police report, her husband did what he could to help find her but did not see her alive again. In addition to this, Lindsey also left two suicide notes – one at home, and the other one in the car where she was found dead. The 2nd letter asked whoever found her to call 911.

Furthermore, the reason for her suicide was also her battle with depression. As it turns out, Pearlman was suffering from the disorder for quite some time.

Chelsie Kryst was an all-rounder. She was a model as well as an attorney who was crowned Miss USA in 2019. Kryst’s parents were immigrants from the Philippines. Therefore, growing up, she faced a lot of hardships. Moreover, she was able to transform her whole life – started practicing law after graduating in 2017 and became the first black woman to be crowned Miss USA.

Unfortunately, the life of this model-cum-lawyer came to an end in 2022. On 30th January 2022, 30-year-old Chelsie jumped from the top of The Orion, a 60-story apartment building in Manhattan, and took her life.

Following this act, Kryst’s mother released a statement revealing that her daughter was suffering from a “high-functioning depression”, and was living a private life. In other words, behind that strong personality of hers, this former Miss US was battling to not give up on herself.