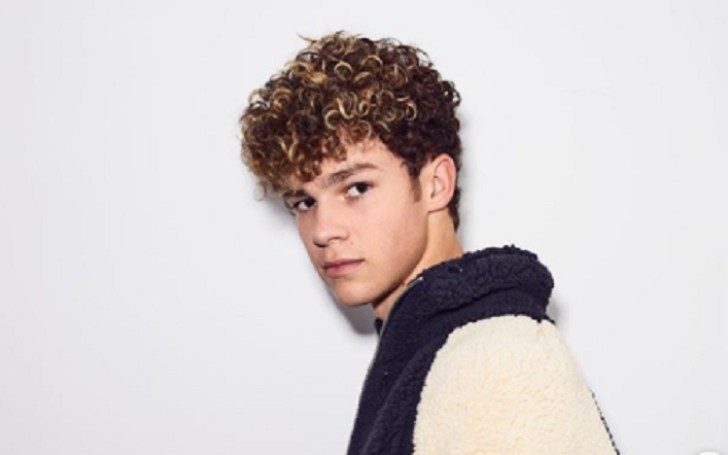 Hayden Summerall is one of the versatile young stars who has been actively involved in the entertainment field. He is a singer, actor, and a social media star with millions of followers.

Besides his works, the 15-year-old rising star’s love life has also been a hot topic on the web after his reported cheating scandal with ex-girlfriend, Annie LeBlanc. Let’s find out the truth about the scandal and how it affected Hayden and Annie’s love life.

Apart from his dating life, we are also going to take a look at his parents, siblings, and early life!

Who Are Hayden Summerall’s Parents?

His dad Jimmy has been the president of 6S Entertainment, LLC, since January 2015. He also serves as a CEO and President of Big Space Media, in the Greater Los Angeles Area. Jimmy joined the company in January 2019.

Hayden’s oldest brother, Summerall IV, is a model who appeared in commercials for the brands, including Enterprise, AT&T, and Prudential. He also worked for a youth catalog of H & M clothing.

Likewise, his middle brother, Dylan, is an aspiring actor who appeared in a 2013 feature film Angels Sing. He was an avid sports enthusiast who previously played football, basketball, soccer, and baseball.

What is His Ethnicity?

Hayden Summerall is a Caucasian and holds an American nationality.

Summerall made his acting debut appearing in the TV series, Sneaky Pete in 2015. The emerging actor appeared as himself in A Day in the Life in 2017. Hayden gained immense fame after his performance as Adam’s brother in the TV project Keys (2017-18).

He landed his first film role as TK in Chicken Girls: The Movie. Later, he featured in Next Lever (2019) and To the Beat!: Back 2 School (2020). Hayden gained further fame after his longest TV role in Chicken Girls.

Besides his acting gigs, the teenage sensation has also tried his hands in singing as well. He has released a number of singles such as Little Do You Know, Smiles for You, Different, and more.

Hayden Summerall is a social media icon and has 2.7 million followers on Instagram. Moreover, the entertainer also runs a self-titled YouTube Channel. He has gained massive followers on his channel. It has 979k subscribers as of October 2020.

Furthermore, he launched his own company called ‘Taylorz’ in 2019. The company features several products, including clothing, sunglasses, and more. He also handles an Instagram page of his company, which has 68k followers.

Who is Hayden Summerall Dating Now?

Summerall is currently dating Bella Faith. His girlfriend, 17, is an Instagram star. The couple is in a relationship since 2019.

In late July 2019, they were spotted getting cozy during their outing in Santa Monica Pier.

The teenage lovers are still together. Hayden frequently shares photos with his bae on his social media handles.

Hayden and Annie were romantically linked to each other back in 2017. The two also worked together on several projects.

They sang a song titled ‘Alex & Sierra – Little Do You Know.’ The music went viral and has amassed over 58.9 million views to date. Here is the song.

The couple had a lot in common, including their same love for acting and music, and social media activity.

Despite all, their romance didn’t sustain for a long. They split after Hayden’s alleged romance with his other girlfriend Mackenzie Ziegler swirled on the internet. Dating rumors between Hayden and Kenzie emerged when their Snapchat video went viral in 2017. Hayden said he loved Mackenzie in the video, making their fans believe that they were dating indeed.

Furthermore, Kenzie herself joked on one of her Snapchats that she was in a relationship with Summerall. In April 2018, they again made headlines when Hayden appeared kissing Kenzie at his 13th birthday party. Here is the clip,

Meanwhile, both Hayden and Kenzie didn’t confirm if they ever dated. Instead, they always said that the two were just friends.

Many of Summerall’s fans accused him of cheating on his then-girlfriend Annie after his relationship with Kenzie started growing. Many of their fans have been wondering if they ever reconciled or if they are dating again. However, they never rekindled their romance.

Are Annie and Hayden still Friends?

it seems the former flames are still friends. In December 2018, the social media star wished his ex-girlfriend on her birthday. He wrote in the caption of his post, “HAPPY BIRTHDAY ANNIE!😊 I hope you have an amazing 14th…Stay focused! You have so much to look forward to in the future🙏🏻💜”

After their drama was over, Annie began dating Asher Angel. Sadly, the couple called it quits in May 2020. On the other hand, Hayden’s ex-girlfriend Mackenzie dated Isaak Presley before calling it quits in 2020.

What is Hayden Summerall Net Worth?