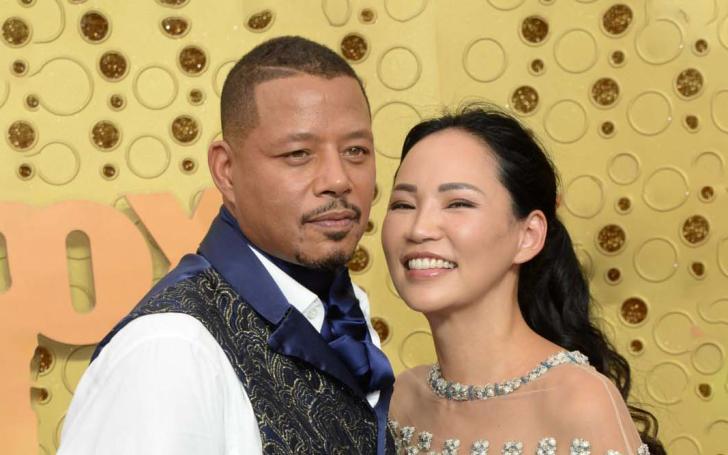 Miranda Pak is an American model. She, however, came into the limelight, not because of her career but rather her personal life. Yes, for those of you who are into pop culture, she was once the wife of actor Terrence Howard. He is famous for his role in the series Empire among many others.

Miranda, who is known as Mira as well, and Terrence have one of the weirdest relationships in all of showbiz. After being in a married relationship for a few years, they divorced each other but only to get back together sometime later.

Now the big question here is, who is this Miranda Pak with whom Terrence keeps coming back? Is she also an actress? and are they back together? Well, let’s find out all the answers!

Who is Miranda Pak?

Born on June 1st, 1977, in California, Mira is famous as the third wife of academy award-winning actor Terrence Howard. Before meeting Terrence, she lived a rather simple life. Hailing from Korean ethnicity, she spent her early childhood in California. She is an American by nationality.

Unfortunately, information on her parents and siblings is relatively unknown due to the fact that she loves keeping her personal life behind closed doors.

Pak finished her formal education in the state of California. Afterward, she attended New York University.

The super hot Miranda was once one of the most promising models around. Around the time when she met Terrence, she was working as a model. She began her modeling career around the time she moved to New York.

In her short-lived career, she modeled for several brands including Vanity Magazine. In addition to her modeling gigs, she also worked in the entertainment industry. She produced two projects, Terrence Howard’s Fright Club and Nevermore.

Miranda Pak is a restaurant owner

Well, talk about being multi-talented. In addition to her trying her hands in modeling and showbiz, she is also a businessperson. Terrence Howard’s partner Mira is the owner of the Shabu Shabu Bar in Santa Ana, California.

Back in 2013, when news of her marriage with Terrence got out, her restaurant staff started speaking out about her personality. Many of them stated Pak was usually unpredictable. In an interview with DailyMail Online, one of the staff said, “Mira does what she pleases, we never know when we’re going to see her.”

Interestingly enough, not a single one of the staff knew that Mira was dating the Oscar-nominated actor up until they announced their wedding.

Pak married Terrence after dating for a month

In October 2013, Miranda Pak exchanged vows with her husband Terrence, a month after they were first spotted. The ceremony took place in Canada. At the time nobody knew about their wedding and sources suggested the wedding was done in haste.

Talking about the quick wedding, a source told Huffington Post, “It’s another one of his outlandish moves … he only knew and/or dated her for about a month!” But hey, in Pak’s defense maybe he knew right away that she was the one and didn’t hesitate. We’ve all seen many examples of such couples who married on a whim.

At first, the news of their affair got out when Howard and Pak were spotted wearing gold bands during their joint appearance in the premiere of The Best Man Holiday in November 2013.

A few years after the secret nuptials, Mira gave birth to her first child, Qirin Love Howard, with Terrence in May of 2015. Howard first revealed the big news during his interview with Access Hollywood. He said at the time, “He’s beautiful and strong and a whirlwind and my wife is so happy.”

Now we’re sure many of you are eager to know the meaning behind the unique name, Qirin. Apparently, the name was inspired by the mythic Chinese creature Qilin.

A beginning couple of years are quite essential for a child. In this time, they require constant care and love from their parents. Unfortunately, a few months after Qirin’s birth, his parents secretly divorced.

Miranda and Terrence reconciled right after the divorce

Like the source stated that Terrence and Miranda’s marriage was done in a hasty manner, well, their relationship also ended quickly. According to the New York Daily News, the duo decided to separate in August of 2014. She was pregnant with their first child at the time of the separation.

Mira and Terrence reconciled and became a parent again

In a remarkable turn of events, the former flames yet again ignited their passion. Turns out,  they were meant to be after all!

Moreover, the pair not only got back together they also welcomed their second child together. Mira gave birth to Hero Howard in 2016. This is the second child between the two. Mira is also a stepmother to three of Howard’s kids, Aubrey, Heaven, and Hunter Howard, from his previous marriage to Lori McCommas.

And a year after the birth of their second baby boy, Terrence decided to put the ring on his relationship, again. He proposed to his “former wife” in 2018 and shared the big news to his fans on Instagram by posting a picture of the big engagement ring on his fiance’s finger.

Ever since then, the lovely couple is enjoying a great life. Who knows, a second wedding for the pair might be on the horizon.