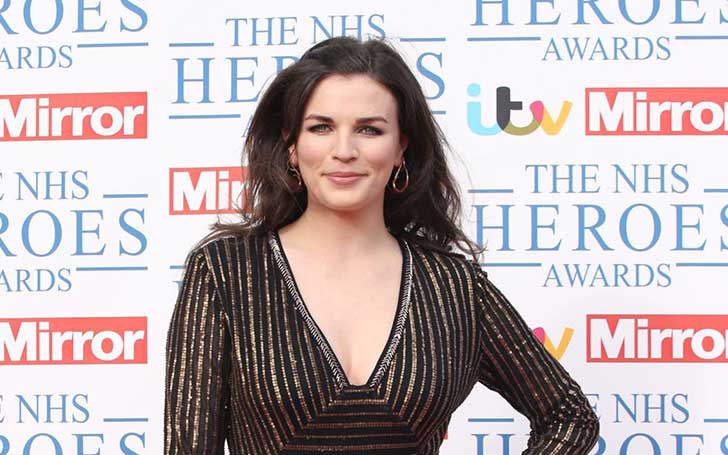 Aisling Bea’s Father Died from Suicide When She Was Three

Aisling Bea was born as Aisling Cliodhanadh O’Sullivan on 16 March 1984 in County Kildare, Ireland. She was born to her father Brian O’Sullivan and her mother Helen O’Sullivan (nee Moloney).

Her father, Brian, who was an equine veterinarian, committed suicide when Bea was three years old. But, she only knew how her father died at the age of 13.

The reason why he committed suicide is not known but the comedian in an interview addressed that she still idolizes her father. She adopted her stage name “Bea” as a tribute to her late father.

After the incident, Bea’s mother, a secondary school teacher, raised her and her younger sister, Sinead O’Sullivan, alone. She obtained her education at a Catholic convent school.

Later, she studied French and philosophy at Trinity College in the Irish Capital, Dublin. Afterward, Bea joined the London Academy of Music and Dramatic Art (LAMDA).

She Briefly Worked as a Tour Guide

Many of Bea’s family members have been obsessed with horses and race meetings. Bea had also worked as a tour guide at the Irish National Stud before she found her passion for acting.

Actress Aisling Bea wanted to work in theatre as a dramatic actress, however, she could only get comedic roles in television series such as Cardinal Burns, and Dead Boss.

She decided to try her hands at stand-up comedy while she was filming for the 2012 movie Dead Boss. Within a year of her transition, she won the Gilded Balloon So You Think You’re Funny award at the Edinburgh Festival Fringe.

The following year, she earned a nomination for Best Newcomer at the Edinburgh Comedy Awards for her show C’est La Bea.

In 2018, Bea started playing the character of Kate Elliot in the Netflix comedy series Living with Yourself which also starred Paul Rudd. She wrote a show, This Way Up for Channel 4, in which she also stars as teacher Aine. Actress Sharon Horgan, who also plays Bea’s older sister on the show, is the producer of the show.

In 2022, the actress played the role of Sarah in Doctor Who.

Actress, comedian, and writer, Aisling Bea has been active in the entertainment industry for over a decade now. She has worked in minor and major roles in around two dozen television series and films.

Moreover, she has also worked in a handful of comedy shows on TV and radio. With all these works, Bea has undoubtedly earned a handsome sum of money. As of 2022, Bea’s has an estimated net worth of around $2.5 million.

Who is Aisling Bea’ Boyfriend? Is She Dating Andrew Garfield?

The Living with Yourself star previously dated the Prodigal Son star, Michael Sheen. The ex-lovebirds sparked their romance rumor after they were captured leaving the NHS Heroes Awards together in May 2018.

The actors remained relatively private about their relationship though they shared a picture from a New York charity event confirming they were dating.

They broke up following just a few months of a long relationship, however, they didn’t announce their split publicly. Meanwhile, in 2019, Bea’s ex-boyfriend, Sheen announced he was expecting his first child with his Swedish girlfriend Anna Lundberg.

Following their split, the Irish actress was also seen with the Amazing Spiderman star, Andrew Garfield. According to The Sun, the alleged couple was snapped together at the theatre in London’s West End in March 2019, where they enjoyed the performance of Hamilton.