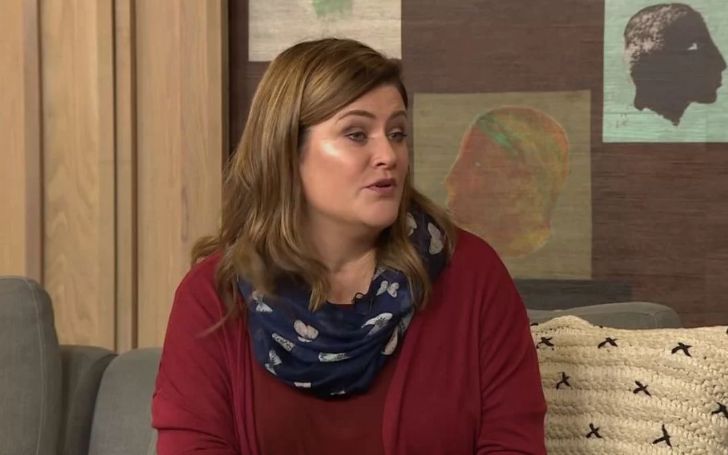 Alison Botha is a motivational speaker author and former insurance broker who is known to the world as the ‘Noordhoek victim.’ She survived the brutality of two men who raped, stabbed, and disemboweled her.

Her story is truly one of the most terrifying and bone-chilling of them all. The event took place in December of 1994 but still to date people can’t stop talking about it. So, what happened that day? How was she abducted? Who were her attackers? Is the Alison Botha story real? What is Alison doing now? Is she married? Who is her husband? There are a lot of questions regarding Mrs. Botha.

This article explains all the details regarding the event and also explains how she went on to become an author and a motivational speaker. So, without any further ado let’s dive right into life of Alison.

Who is Alison Botha? Her Life Before the Abduction

Alison is a motivational speaker born on September 22, 1967, in Port Elizabeth, South Africa. She was born to Brian and Claire Botha. Her parents divorced when she was 10. Since then she and her brother Neale lived with their mother.

Similarly, talking about her ethnicity she has a white ethnical background and is South Afrikan as per her nationality.

Talking about her education, she studied at The Collegiate High School for Girls in Port Elizabeth. However, not much is known about her further studies. Later on, she started working as an insurance broker.

Alison Botha was abducted from the Parking Lot of her Apartment

It was the night of 18 December 1994, after parking her car the motivational speaker went on to grab her laundry from the passenger seat when she suddenly saw a man holding a knife open the driver’s door and said “Move over, or I’ll kill you”. She was frightened and did as she was told. The man took control of the vehicle and drove away with her still inside the car.

A moment passed and the man spoke saying “I don’t want to hurt you, I just want to use your car for an hour.” at the time he identified himself as Clinton. But later investigation shows that his real name is Frans du Toit. He went on to pick up his colleague Theuns Kruger and drove to the outskirts of the city.

Alison Botha was Raped, Stabbed, and Left to Die

The car stopped in a deserted area and the two men looked at her and said that they would have sex with her and asked her if she would fight back. Alison who was alone and frightened said no.

The two took turns and raped her and later decided to murder her. Frans du Toit and Theuns Kruger had a history of attacking women. They tried suffocating her to death but to no avail. She just lost her consciousness but was still breathing.

The two were surprised to see her still alive and to make sure that they finish her this time for good, they stabbed her more than 30 times in her abdominal area and disemboweled her. However, she was still alive, and with frustration, they decided to slash her throat open. The two criminals slashed her throat 16 times to be exact.

She later recalled the event saying:

“I was outside the car and on the sand now on broken glass. All I could see was an arm moving above my face. Left and right and left and right. His movements were making a sound. A wet sound, it was the sound of my flesh being slashed open. He was cutting my throat with the knife. Again and again and again.”

Both attackers were happy with what they have accomplished and speaking in Afrikaans, one of them said “Do you think she will live?” the other replied, “No one can survive that.”  The two then left her to die and fled the scene in Alison’s car.

After being brutally attacked and raped Alison had no hopes of surviving. However, she thought to herself at least she could let people know who did this to her and wrote their names in the sand and below it, she wrote ‘I love Mom.’

Botha started crawling when she realized her intestines were spilling out. She found her denim shirt and used it to put the organs together. Recalling the event she said:

“It was time to move. I crawled, struggling through dirt and broken glass, my one hand holding the shirt. With each successive movement, I became increasingly tired. At some point I collapsed onto the sand, exhausted.”

“But then the thought of my mother entered my mind, and I knew I had to go on. So I pushed myself up again and continued to crawl but it was taking too long. I knew then I had to get on my feet.”

When she tried to get up her head fell backward but with her survival instinct she pulled it forward and kept on moving to the road. Botha lay at the side of the road hoping someone would see her and come to her rescue.

Thankfully, Luck was on her side, a veterinary student by the name of Tiaan Eilerd, who later on went on to become an anesthetist, stopped and did what he had to do to keep her alive until the ambulance came. She was rushed to the nearest hospital. The hospital staff were terrified and didn’t believe that Alison would survive. A doctor by the name of Alexender Angelov said that in his 16 years of experience he hadn’t seen any patient with so many injuries as her.

The surgery took place for more than three hours and miraculously she was safe. Doctors even advised that she had no major issues and  Alison was even discharged after three weeks.

The Ripper Rapists were Caught and Sentenced to Life Imprisonment

Alison helped to identify the attackers when she was interrogated by the police in the hospital. The two were arrested and they were found guilty of eight charges including rape, kidnapping, and attempted murder.

Judge Chris Jansen from Port Elizabeth High Court sentenced them to life imprisonment with no possibility of parole in August 1995.

Her Life At Present: She is an Author and a Motivational Speaker

Alison’s story is truly terrifying and brings chills down the spine of anyone who has heard of it. So, what is Alison up to these days? How has the horrific event changed her life? Many of you would think that she is feeling depressed and traumatized well you are not wrong, she was indeed traumatized. But on the contrary, she decided to turn her life around and now she is working as a motivational speaker and is also an author.

It all started when Alison was done being called the ‘Noordhoek victim’. She wanted a new beginning and soon got one, on December 1995, she decided to quit her job and start a career as a motivational speaker when someone asked what will she charge for it and the rest is history.

Since then she has been traveling around the world inspiring people from over 35 countries about how she went through the incident and the physical and emotional trauma she had to go through. In addition to motivating people, she has also been rewarded for her work including the Paul Harris Award for “Courage Beyond the Norm”, Women of Courage, and Port Elizabeth’s Citizen of the Year award.

Apart from being an inspirational speaker, she is also an author. Alison has released her book I Have a Life in which she has openly discussed the events and how she was able to take the tragic experience and made it her stronghold.

Furthermore, inspired by her life story a documentary by the name Alison The Movie was published portraying all the things she had to go through during and after the attack.

Is Alison Married? Who is Her Husband?

Alison found love in Tienie Botha. The couple walked down the aisle in February 1997. They have been together ever since and are enjoying a happy and blissful married life.

Talking about how they met, both of them knew each other for quite some time. The duos met at a mutual friend’s house a year after the attack. During that time, Tienie was also going through depression from childhood trauma. Similarly, Alison was also going through somewhat of the same situation. Remembering the time she said:

“I think our mutual desperation was the basis for our friendship deepening as we helped each other get out of the ‘dark’. There was no specific thing that happened or the moment when I knew that he was ‘the one – it was just the most natural thing for us to discuss the future knowing that we would spend the rest of our lives together.”

Alison and Tiene are blessed with two sons. The inspirational speaker gave birth to her first child Danial Botha on November 14, 2003, and her second son Matthew Botha arrived three years later in November 2006.

The famous survivor is estimated to have a net worth of $1 million. She has accumulated from her career as a motivational speaker and author.