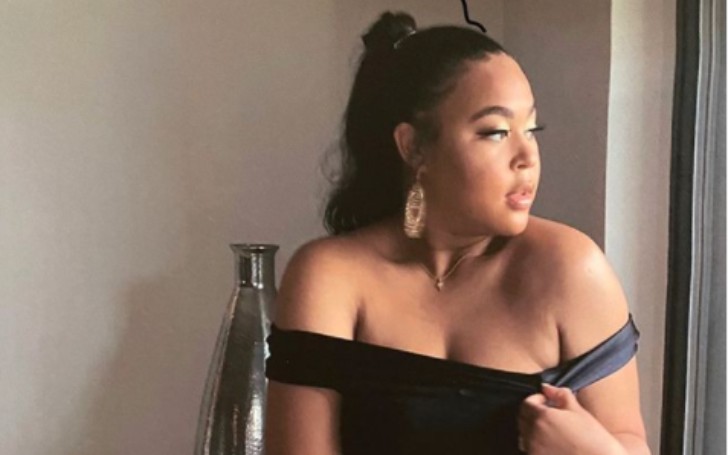 Amara Trinity Lawrence is famous to the world as Martin Lawrence’s daughter. Her dad is one of the most revered comedians out there who made a name for himself in the movie franchise, Bad Boys.

Apart from Amara, Martin is a father of two more daughters, Jasmine and Iyanna Lawrence. Well, Amara is pursuing a different path than her father. Well, what is she doing now?

Today let’s take a closer look at the lives of Martin’s daughter Amara.

Amara was born on August 20, 2002, in the United States. She is the second child between Martin and his now ex-wife, Shamicka Gibbs. Her dad made a name for himself after appearing in a string of hit movies such as Bad Boys, Blue Streak, and more.

Meanwhile, her mother is an American TV personality who is famous for her appearance in the series, Hollywood Exes. She is also a business person who owns a bunch of Massage Envy all across the country.

Amara has a mixed ethnic background, with her dad being African-American and mom being half-white and half-black.

Besides, Amara spent the major portion of her childhood in Beverly Hills, California from where she received her formal education.

Amara graduated middle school from Westmar Middle School and subsequently enrolled in a high school in 2017. From her early childhood, she is interested in music, so she might earn a degree in music in the future.

Amara is Quite Close with Her Sisters

Amara has two siblings, one half-sister named Jasmine Page Lawrence who was born on January 15th, 1996. Jasmine is the first and only child between Martin and his first wife, Patricia Southall. They were married from 1995 to 1997. Coincidentally, Martin and Patricia’s relationship ended in the same year he and Amara’s mom Shamicka got together.

In addition to Jasmine, there’s yet another girl in the Lawrence family. She is Iyanna Faith Lawrence. She is Amara’s biological sister and the first child between Martin and his former wife. Shamicka Gibbs. The former flames were married from 2010 to 2012. They tied the knot on July 10th, 2010, in an extravagant wedding ceremony.

Amara’s oldest sister, Jasmine is an actress, just like their father. She even made an appearance with her dad in the movie, Bad Boys for Life. On the other hand, Iyanna is pursuing a career in creative writing.

She is into Singing

All three of Martin’s daughters have different interests. Unlike her older sisters, Amara is into music. In fact, she has also set up a Soundcloud account. So far, she has posted one track titled To Myself.

Her mummy and daddy are fully supportive of their daughter’s career. Her mom Shamicka often praises her daughter’s singing prowess. Furthermore, her dad Martin isn’t far behind when it comes to praising his daughter. He has also talked about his daughter’s passion in a few interviews.

Amara also plays guitar. Her mother usually adds short clips of her performing in the instrument. We hope Amara achieves her real goal and becomes one of the best singers out there.

At the moment, Amara seems single. Going by her social media handle she doesn’t seem to have a partner for the matter. She is now all set to enroll in college for her higher education which means she doesn’t have time to meddle in any kind of affair. However, things might change later on.

Back in May 2019, Amara went to her first prom with her date. For the event, she wore a black off-shoulder dress.

Details on her Mom and Dad’s Relationship

Initially, Amara’s parents started dating around the year 1997. From their long-term dating life, they became a parent of two beautiful daughters. In 2010, more than a decade after they started going out, they exchanged vows in a beautiful ceremony held at Martin’s residence in Beverly Hills, California.

The wedding in itself was over the top with around 120 guests in attendance. Many big names were there including Eddie Murphy and Denzel Washington.

Unfortunately, their marriage couldn’t last and they parted ways in 2012. The duo gained joint custody of their kids. Both of them, despite their differences, remained on good terms with each other.

How much is Amara Lawrence’s net worth?

Well, it’s not a surprise that Amara enjoys a rather lavish life. After all, her father is worth a whopping $110 million. He garnered such immense wealth all thanks to his career in the entertainment industry spanning decades.

It wouldn’t be an understatement to say that Amara will receive a major portion of her dad’s wealth in the near future.