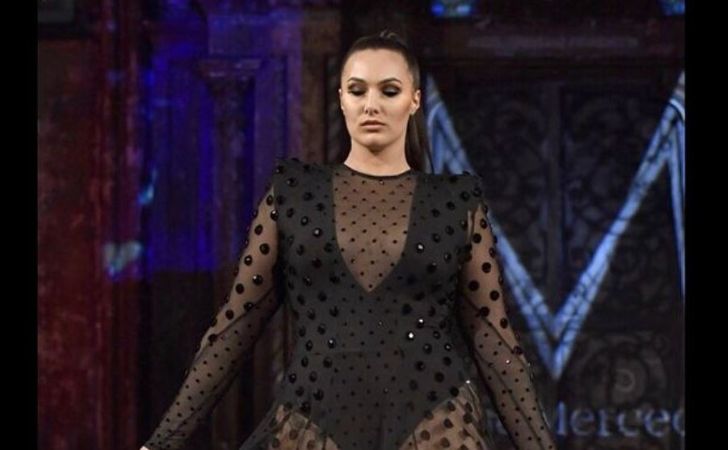 Arissa LeBrock is an American model and actress known for her work in Celebrity Page, Entertainment Tonight, and others. She is also famous as the daughter of Kelly LeBrock and Steven Seagal. In a short span of time, she has achieved huge success following the footsteps of her parents.

Besides, back in 2019, she also hinted that she could end up in WWE. While she has accomplished a lot professionally, what about her love life? Is she dating a boyfriend?

In this article, we are going to talk about every aspect of Arissa’s career, relationship, net worth, and a lot more. Let’s start.

Arissa LeBrock Is The Daughter Of Successful Actors

If you didn’t know, Arissa LeBrock was born on July 24, 1993, in Los Angeles, California, USA. Her birth name is Arissa Montana Seagal. She is the daughter of Kelly LeBrock and Steven Seagal. Her mother is a model and actress. She has appeared in movies like The Woman in Red, Betrayal of the Dove, and several others.

Similarly, her father is also an actor, who is known for her work in movies like Fire Down Below, Exit Wounds, Submerged, and several others.

Her Siblings Are Also Well Settled

Well, all the siblings are pretty successful in their professional life. Her sister Annaliza is a model whereas Ayako, & Kentaro are into acting. Further, she shares a great relationship with all her brothers and sisters.

Arissa LeBrock Got Into Modeling

Like her mother Kelly, Arissa is a successful model. But unlike her mom, she is a plus-size model. She began her modeling career when she was still in high school, and in a very short span of time, she achieved pretty much as a professional.

In fact, Arissa has even walked for prom-dress brand Mac Duggal and also posed for the plus-size retailer Ashley Stewart. Besides the in-demand model has also featured in PLUS Model Magazine.

In 2017, Arissa even joined her mother at the premiere of the TV series “Growing Up Supermodel.” In fact, she has also appeared in an episode of the show.

Having earned a successful place as a model, Arissa made an Instagram post back in 2017, where she described her journey to success. She talked about all the hard work and determination to get to the place. She wrote,

“Everything that I have worked for, ESPECIALLY over the last 4 years is all finally starting to pay off. All the investments, all of the TIME I’ve spent, all of the long distance drives, the meetings, the early mornings and the dead ends. The sorry maybe next times, the no call backs, and most of all, ALL THE times I heard you need to be ‘this size.’ with my hard work, determination and passion inside, it’s all lead me to this.

Likewise, in 2019, she appeared in a reality TV series Gown and Out in Beverly Hills. The series stars actors including Pol Atteu, Patrik Simpson, and others.

LeBrock Could Be The Part of WWE

No doubt, Arissa has achieved pretty much as a model. As per the reports, she is one of the latest recruits in the WWE tryout camp. In fact, Steven Seagal’s daughter Arissa even shared her WWE invitation letter with her Instagram followers on December 4, 2019.

While she has made it to the tryouts, if she makes it to the final depends on her athletic performance and wrestling skills. Since she is in the tryout phase, she will reportedly spend some time with WWE’s talent developmental system (NXT). There she will undergo intense training and should pass the criteria.

Arissa LeBrock Is Not Married But Dating a Firefighter

The successful fashion model is just 27 and it is pretty well-known that she is not married yet. In fact, she has not planned to walk down the aisle any time soon.

But what about her love affairs? Is she dating a boyfriend? Well, not many know but Arissa is in a romantic relationship with a firefighter. Unfortunately, she has kept the details about her boyfriend a secret. She has also not revealed his name and identity.

If sources are to be believed, they could be dating since 2017 or even earlier. Hopefully, she someday comes public about her love affair.

Is Arissa LeBrock On Social Media?