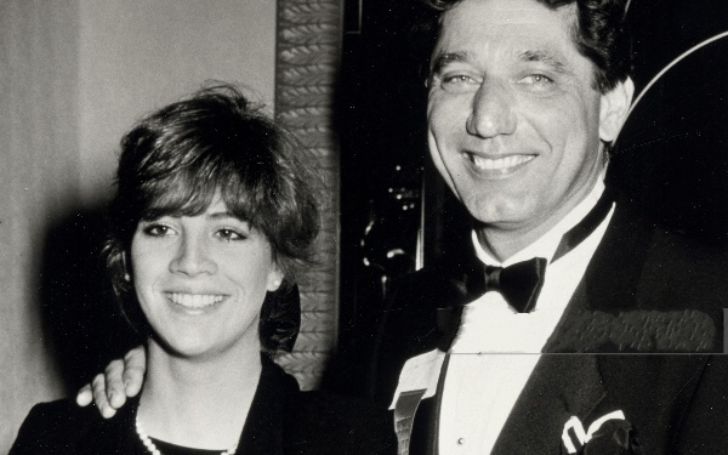 Deborah Mays is a former American actress who is mainly known as the ex-wife of Joe Namath. She is also known for his work in the TV series The Greatest American Hero. After her marriage to the NFL superstar, she got what she wished for, lots of fame. From the relationship, Deborah became a mother of two kids.

However, their relationship wasn’t meant to be last forever as they separated after two decades. Since her divorce from Joe, Debbie, also known as Tatiana, moved on with someone else.

But apart from the abovementioned stuff, there’s a lot more about Deborah than what meets the eye. Like where she is originally from, who her parents, siblings are, and many more.

Let’s find out all the facts surrounding this celebrity spouse!

Who is Deborah Mays? About her Date of Birth, Parents, and more

Debbie was born Deborah Lynne Mays on March 1st, 1962, in Pennsylvania, the US. She is the middle child of her parents, Bud Mays, and mother, Shirley Mays.

Numerous tabloids state her date of birth to be September 1st, 1964, but it is wrong. How? According to Joe Namath’s biography, at the time of her marriage with Joe in 1984, she was 22. You can do the maths now.

Moving on, Debbie grew up in a rich household. She was brought up in Ligonier, Pennsylvania, where her father served as one of the partners in a plant that manufactured local toner for copy machines.

Her family, the Mays, was one of the affluent families in Ligonier, Pennsylvania.

Her mom and dad, apart from Deborah, also welcomed two kids. Sadly, one of her siblings, Jeffrey Mays, passed away in 1980. It was a tragic moment for Deborah and her parents when her brother Jeffrey Mays died.

He passed away after a fishing mishap. He’d gone out with one of his friends, and due to the severe weather condition, their ship was wrecked. Even after several days of search, authorities couldn’t find their bodies.

Deborah Mays was a prodigy since childhood: Dropped out of college to become an actress

Many of you might not know that Debbie was a genius growing up. While studying middle school, she built an early interest in becoming an equestrian. The place where she spent her childhood was surrounded by horses, because of which she had access to a stable in a nearby estate.

Then in the year 1977, her dad sold all of his stakes at the manufacturing plant, and the whole family moved to North Carolina. There she enrolled at the Northeastern High School in Elizabeth City, from where she got her nickname ‘Debbie.’

Like we mentioned above, Debbie was a prodigy, and with her advanced skill set, she finished high school quicker than normal students. Later, she started studying at Sweet Briar College in Virginia, however, she dropped out after a year. She dropped out because she moved to Los Angeles to become an actress.

Before getting famous as Joe’s wife, Deborah wanted to make it big all by herself. She had wanted to become an actress since her childhood. This is why she even dropped out of college to pursue her dreams.

She even appeared in the movie, The Greatest American Hero, 1981. Moreover, she also worked in a few plays, but her career as an actress didn’t become as big as her fame as a celebrity wife.

In the early 1980s, Mays was taking voice lessons from the renowned vocal teacher, Arthur Joseph. She was at the end of her classes when Joe took admission at the same institute.

Coincidentally, Deborah had once told Arthur about her desire to marry a football player. And when Joe also started his classes, Arthur, without hesitation, introduced them to each other.

At first, Joseph’s wife argued that he shouldn’t introduce a young girl like Debbie, 21 at the time, to Joe, who was around 40. Joseph, however, insisted, and the very next day, Joe called Debbie, and they started dating.

Deborah Mays married Namath in a private ceremony in Florida

After dating for around a year, they decided to take their relationship to the next level. They exchanged vows on November 7th, 1984, in the attendance of a few friends and family. The nuptials took place in a friends’ backyard at Coral Ridge Country Club, Fort Lauderdale, Flordia.

Deborah fully planned the ceremony, who had requested Joe to let her prepare for the wedding. In addition, for the wedding, she wore a silk white dress with a calf-length lace. She also had a pink sash around her lips and an orchid in her hair.

On the other hand, her groom was looking handsome, wearing a gray pinstripe suit.

Around a year after their marriage, the pair became parents for the first time. Debbie gave birth to her first child, a girl, Jessica Grace Namath, on October 12th, 1985, at Lenox Hill Hospital, NY. Before Jessica’s birth, the duo had no idea about the gender of their upcoming child, so they settled for two names, Jessica if a girl and John Jeffrey if it was a boy.

When Jessica was 5-years-old, her little sister came into this world. On December 11th, 1990, Joe became a father for the second time. Joe and his wife decided to name their little girl Olivia Rose Namath.

Talking about her daughters, Jessica was a married woman. She tied the knot with Brian Kennedy, but it didn’t work out, and she filed for divorce in August 2019. From the marriage, she is the mother of one child, a boy.

Debbie’s youngest Olivia has had several tragic incidents earlier on. At the age of 16, she became pregnant and gave birth to a girl. According to the birth certificate, the baby’s father is Edwin Baker. He has been arrested several times for marijuana possession, burglary, and grand theft. Olivia herself was also arrested one time due to driving under the influence.

Deborah changed her name legally to Tatiana in 1993

When you are married to a celebrity, it’s natural everyone will know as their wife. Deborah didn’t like that, so after years of contemplating, she dropped Deborah and changed it to ‘May Namath.’

Still, the name didn’t achieve what she desired, so the very next year, in 1993, she became ‘May Tatiana Namath,’ aka Tatiana.

Joe Namath filed for divorce with Tatiana Namath in 1999

Everything was going fine for the couple until the shadow of divorce loomed above their heads. It all started when all four of them went to New York, and while returning, Tatiana decided to stay in NY. In 1998, she briefly returned to the Namath residence only to leave for California in the following summer. According to Joe, ‘The Wife’s intent is to remain in California.

Consequently, Namath filed for divorce on March 19, 1999. Whilst filing for divorce, he asked for his daughter’s custody, and Tatiana didn’t contest. A few months later, on May 17, the divorce was finalized.

Helped Her Former Husband Get Sober

Many of you might be unaware of the fact that Deborah helped her ex-spouse Namath get rid of alcoholism. Namath revealed it in the 2015 ESPN feature. Back then, he said that in 1987, his wife warned him if he wouldn’t stop drinking it would ruin their family, and then he quit.

He remained sober for a long time, however, he suffered relapses during his divorce time and later in 2003 during Monday Night Football.

Tatiana left Joe for a Plastic Surgeon in Beverly Hills

After moving to Los Angels, she came across a handsome plastic surgeon named Brian Howard Novack. Upon meeting him, she decided to leave Namath.

Back then, in an interview with  Enquirer, Tatiana talked about her life was getting boring in Florida. She said, “Joe loves being out on the golf course all day, or watching sports on TV, while I love museums, art galleries, and the theatre. Florida was too boring for me.”

Sometimes after her divorce was settled, she married Brian and became Tatiana Novack. Nonetheless, her second marriage too ended in a divorce. According to a property listing from 2008, Brian and Tatiana have been divorced.

Who is Brian Novack?

Dr. Brian Howard Novack, MD, is an American plastic surgeon. His alma maters are McGill University and Faculty of Medicine, Kazan State Medical University. At the moment, he is associated with Cedars-Sinai Medical Center.

Moreover, he is also licensed to practice in California, Illinois, and New York.

Tatiana Namath is a millionaire

It’s a no-brainer that Tatiana, being a wife of a former NFL legend, is a millionaire. She once listed her residence at Pacific Palisades, Los Angeles, for a staggering $6,900,000. She received the house as a settlement from her second husband.

Meanwhile, her husband has a total net worth of $25 million as of now.

Who Is Maureen Wilson? Details On Robert Plant’s Ex-Wife