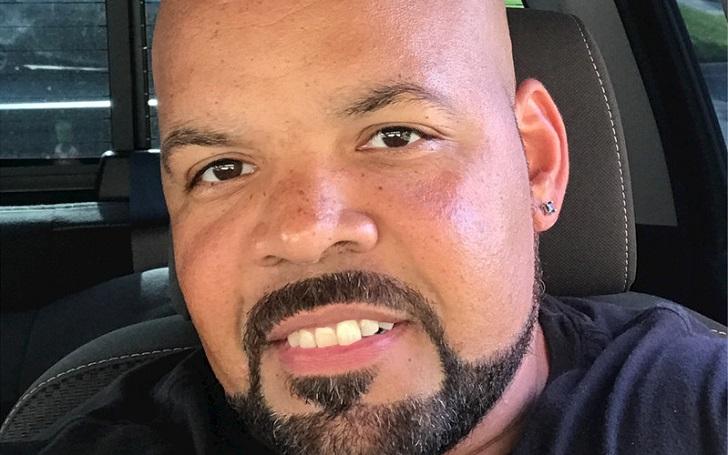 Chris Frangipane is a former car dealership manager who also worked as a general sales manager at Rossi Chevrolet Buick GMC. But, Chris is more familiar among general people as the father of one of the quickly-established self-made artists Halsey. Widely known for her distinctive singing voice, Frangipane’s daughter has sold over 1 million records worldwide to date.

Besides, the Frangipane family went through a lot of financial hardships in the past which at one point even led Halsey to drop out of college. But, all the family members are now quite successful in their respective fields and have also attained financial stability.

Well, today we will talk about Halsey’s father Chris Frangipane’s lifestyle, early life, married life, and many more facts. To learn everything about him, read the full article!

Who Are Chris Frangipane’s Parents?

Christopher’s father’s name is James Frangipane. His dad, unfortunately, died in 2011. James was reportedly in his late 80s at the time of his demise. In August of that year, Sevian, Chris’s son, announced the sad news via his Facebook with the caption,

“im the next one in line to pass down our name, forever and always i will love you and i will miss you R.I.P James Frangipane my fathers father, my grandpa.”

However, the details of his mother are still out of the media.

Born and raised in the United States of America, Chris aka Christopher Frangipane belongs to the African-American ethnicity and holds an American nationality.

“it’s my Dad’s birthday today!!! sorry I picked these pictures, goofy. They just always makes me smile. I love you and you’re the most charming, intelligent, kind dude I know.”

Talking about his education, Frangipane went to Fairleigh Dickinson University, in Teaneck, New Jersey in 1992 and completed graduation in 1997.

Who is Halsey’s Father Chris Frangipane? He Used to Work at a Car Dealership

He has years of experience in the automobile field as a manager. Looking back at the beginning of his career, Frangipane landed his first job as a general sales manager at the dealership of Ayers Chevrolet in December 2003. He spent a significant portion of his career with Ayers, working for nearly a decade until leaving the company in October 2013.

In November that year, Chris scored the same position at Prestige Volvo, in East Hanover, New Jersey. The company which was founded by Leonard Haiken sells the Volvo line of luxury cars and SUVs. He worked for the company for over a year and then joined a Chevrolet dealer Rossi Chevrolet Buick GMC, in Washington Township, New Jersey. And he left the company after two years of association in April 2017.

Who is Chris Frangipane’s Wife? His Enduring Interracial Marriage

The former sales manager Chris has been leading a blissful marital relationship with his wife Nicole Frangipane for years. Chris’s spouse is of Italian and Hungarian descent.

Despite their mixed-race marriage, it looks like they have remained the same as they were at the beginning of their love story and nothing seemed to have changed in terms of their commitment as well.

Besides, Frangipane’s wife is an emergency medical technician. She works as a security team member at a hospital.

Chris and Nicole’s Pregnancy With Halsey at College: They Have Three Children Altogether

The couple first came across when they both were at the college. Their courtship soon blossomed into an undeniable romance. Nicole got pregnant with her first child, a daughter Halsey with her then-boyfriend Chris when they were still at the college. As soon as they knew about the pregnancy, the duo left the University to start a family together.

The lovebirds gave birth to their daughter on September 29, 1994, in Edison, New Jersey. They welcomed their second child, a son Sévian Frangipane in May 1998. He went to Hackettstown High School and then enrolled at California State University, Northridge, graduating with a Business Management in 2020.

In March 2005, the duo became parents of their third child, a son Dante.

Their Son Sevian is Against Racial Discrimination

Back in mid-2020, Sevian made a series of headlines when his sister Halsey posted a picture of themselves, expressing her admiration towards her brother’s active involvement in the fight for justice and equality. The rally was primarily focused on racial discrimination.

“just want to take a minute to say how proud I am of my little brother @sevianfrangipane for finding his voice and being out protesting every single day. keep your family close right now if you’re lucky enough to have them to rely on. if you are NON-BLACK and: married to a black person, the parent of a black child, or the child of a black parent, or any other interfamilial relationship with a black person, then this is a time to let them talk when they feel like talking.”

Halsey’s Father Chris Didn’t Have His Own Home Until 2015: Their Financial Troubles

Christopher and his wife Nicole went through lots of financial crises in the past. They started facing financial hardship when they just entered into a marital bond. In order to feed the family, they had to go through a number of dead-end jobs.

In an interview with Billboard, Halsey opened up that her father and mother were well-versed in keeping up appearances when it comes to owning a house. The singer further revealed that it wasn’t until 2015 that her parents bought their first house. She said,

“My parents were really good at keeping up appearances. They didn’t own their first home until last year.”

In another interview with Rolling Stone, Halsey said that her parents once even told her to leave the house. She explained to the tabloid that her mom and dad were “just didn’t agree with a lot of things about me.”

Later on, the artist spent a lot of homeless nights. She opened up about the then-gut-wrenching time to the Stone,

“I remember one time I had $9 in my bank account and bought a four-pack of Red Bull and used it to stay up overnight over the course of two or three days because it was less dangerous to not sleep than it was to sleep somewhere random and maybe get raped or kidnapped.”

Amidst her hard time, Chris’ daughter Halsey even contemplated suicide. And the artist even tried to kill herself at 17. After that, Halsey was promptly taken to the psychiatric hospital. She spent nearly three weeks there until being fully recovered.

Net Worth of Chris Frangipane

Although Frangipane had to face some financial problems initially, Halsey’s dad has now amassed quite a good fortune. His net worth is $300,000 as of 2022. In the meantime, his daughter Halsey, 27, has a $20 million fortune.