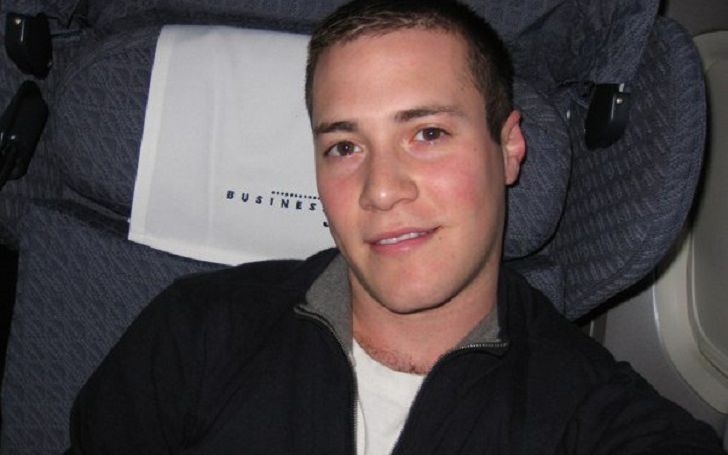 Gavy Friedson is one of the veteran medics with years of experience, who began volunteering as a United Hatzalah volunteer at the age of fifteen. He now acts as a Director of International Emergency Management and Global Ambassador for a lifesaving organization.

But, Gavy came into the limelight as the husband of Katie Pavlich, an outspoken conservative commentator. As for their married life, the couple has been married for nearly five years.

In addition to Friedson’s professional and personal life, we will talk about his family details and more interesting facts in the article. Let’s take a closer look!

Friedson was born Gavriel Gavy Friedson in Boca Raton, Florida, on December 30th, 1988. He spent the first ten years of his childhood in the United States and then moved to Israel, where the rest of his family still reside. He often shares photos with both his father and mother on his social media handles.

In 2011, Friedson went on to attend IDC Herzliya College, in Herzliya, Israel, graduating with a bachelor’s degree in communication and media studies in 2014.

He then joined Tel Aviv University and earned a degree in Public Health in Crisis/Emergency/Disaster Management.

What is Gavy Friedson Profession? Started Volunteering at a Young Age

In a YouTube video uploaded by the United Hatzalah back in July 2016, Friedson revealed how his interest in the medical field emerged,

“When I moved to Israel I was only about ten years old and I needed something that would really connect me to society here and I thought there’d be no better way to connect with the Israeli society other than treating society itself.”

To know more regarding his challenging profession, watch the full video,

He began volunteering at a very young age of fifteen. His first volunteering job was at Megan David Adom in Israel, where Gavy served as a first responder for the health organization for over five years. Furthermore, in July 2005, he landed the job of a firefighter at a Jerusalem Fire Department. He became part of the organization for a couple of years and left it in July 2007.

Additionally, Friedson spent one year and seven months as a volunteer police officer at the Israel police department. He also served for the Israel Defense Forces for over three years. During his time at the defense force, he also became an Infantry Soldier from Jun 2007 to May 2009. He was then designated as a spokesperson.

What does Gavy Friedson do now? Has Been part of the United Hatzalah of Israel Since 2008

Friedson started working with the United Hatzalah of Israel in Jan 2008. He spent over eight years playing multiple roles ranging from an EMT to the first responder to International Spokesperson at the organization in Jerusalem. Moreover, he responded to more than 9000 emergencies over the course of his career a the United Hatzalah.

“I am grateful to be a part of a lifesaving organization and I have done many CPRs in Jerusalem over the course of the past 15 years that I have been a volunteer.”

According to his Linkedin profile, Katie Pavlich’s husband also worked as a public speaker for the Our Soldiers Speak as well as a media associate for Set Public Relations.

Gavy Friedson is Katie Pavlich’ Husband: About their secret Wedding

Friedson and his spouse Pavlich have been in a delightful marital relationship since 2017. The two tied the knot on 5th July 2017, in a private wedding ceremony which was attended by their family members and friends.

Unlike many celebrity couples, Gavy and his wife Katie are quite open about their marriage. They are often photographed cheerfully and have also posted a number of adorable pictures of themselves on their respective social media handles.

In addition, they both love traveling. In November 2020, Pavlich posted a photo along with her husband from Thomas Jefferson’s Monticello, a Historical landmark in Virginia.

His Past Love Story

Before meeting his soul mate Katie, the former volunteer police officer Gavy had been in a few relationships. He has shared romantic photos of his exes on his Facebook, though his former girlfriends’ name remains behind closed doors.

In July 2009, Friedson posted an image with an unknown girl with the caption,

Like her husband, Pavlich also had a few romantic link-ups for her own. She was linked to a fellow conservative contributor, Brandon Darby.

His spouse Katie, 33, is a renowned conservative commentator with other professions like an author, blogger, and podcaster. The Phoenix, Arizona native first landed her media job as a news editor for Townhall.com. She then became an editor to Townhall Magazine.

Over the years, Katie has appeared on numerous radio shows on channels like MSNBC, CNBC, CNN, and more.

Gavy Friedson’s net worth is $500,000 in 2022. He mainly earns money from his longtime career in the medical field. On the other hand, his wife Katie has an estimated net worth of $1.5 million.