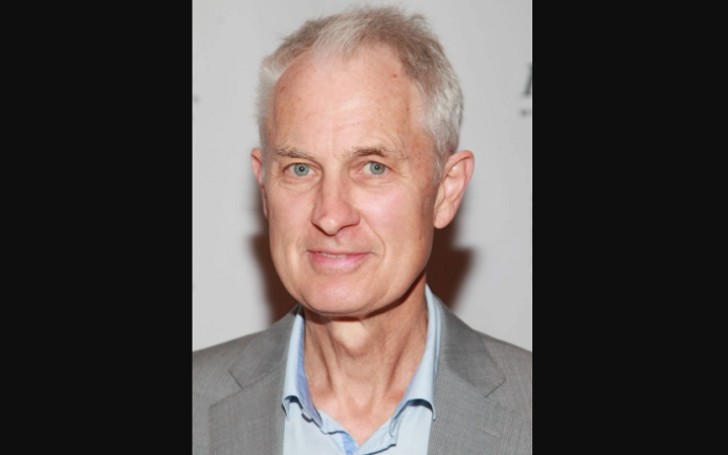 Leopold Stanislaus Stokowski (aka L. Stan Stokowski) is the son of Gloria Vanderbilt and Leopold Stokowski. His mother who died in 2019 was one of the most iconic denim designers, authors, and actresses, while his late father Leopold was the leading conductor of the early and mid-19th century. Leopold also has a brother from his parents’ marital relationship which ended in 1955.

Well, Leopold, a member of the popular Vanderbilt family is also doing great when it comes to his professional accomplishments. He is now the owner of a landscaping business in East Hampton, NY.

In addition, Gloria Vanderbilt’s oldest child Leopold has been married twice and has a total of three children with both of his wives. So, here today, we’re going to find out many more interesting facts about him. Check it all out!

Better known as Stan, Leopold Stanislaus “Stan” Stokowski was born on 22nd August 1950, in the United States of America. He is the son of late fashion designer Gloria Vanderbilt and her late ex-husband Leopold. In fact, his father was about 42-year his mom’s senior. They exchanged their vows in April 1945, weeks after Gloria’s divorce from her first husband Pat DiCicco.

As a matter of fact, the accomplished designer from NYC was his third and last wife. He was already married twice; first with a concert pianist Olga Samaroff and second with Evangeline Johnson Merrill.

However, Leopold’s marriage with Gloria also dissolved in divorce in 1955, about ten years after their nuptials. The two also had a son named Christopher Stokowski.

Needless to mention, Leopold spent most part of his early life with his younger brother Christopher Stokowski, born on January 31, 1952. Unfortunately, Christopher has kept his life entirely out of the mainstream. Sources say the 70-year-old has seemingly cut himself off from the clan since 1978.

He started vanishing from the rest of the family after his mother’s therapist Christ Zois influenced Christopher’s relationship with his fiancée April Sandmeyer.

But, some recent reports suggest that Chris and his mom had reconciled lately. They even met numerous times in the wake of the 2016 movie Nothing Left Unsaid‘s release.

Besides, while the relationship between Leopold Stanislaus Stokowski and Christopher still remains quite enigmatic, Chris has reportedly reconnected with his half-brother Anderson after the movie’s debut.

One of His Half-Brother Committed Suicide

Leopold has two half-brothers from his late mother’s fourth marriage author Wyatt Emory Cooper. The two were together until Vanderbilt’s hubby Wyatt’s death on January 5, 1978. They had two children together.

Unfortunately, their firstborn child, a son Carter Vanderbilt Cooper, born on 27th Jan 1965 died at age of 23 by suicide. He plummeted to his death on 22nd July 1988 from the family’s 14th-floor apartment.

Their second son Anderson Hays Cooper is one of the leading on-air personalities. He is now an anchor of the Anderson Cooper  360°, the CNN news broadcast show.

As of 2022, Leopold is 71-year-old and will celebrate his 72nd birthday on the coming 22nd of August. Besides, as far as his ethnicity is concerned, Stokowski is British-American and has an American nationality. His father belonged to English and Poolish heritage.

His School and College

Moving towards his educational accomplishments, Mr. Stokowski attended the Riverdale Country School in the Bronx. He then went on to enroll at Middlebury College, graduating in 1970. The following year, the oldest child of Gloria Vanderbilt joined the School of Visual Arts, in New York and earned his degree in painting in 973.

What is Leopold Stanislaus Stokowski doing now? His Professional Career

Over the past several decades, Leopold has been involved in the landscaping business. He owns a landscaping company in Sag Harbor, L.I. He is also the owner and operator of New Ground Gardens LLC., in Sag Harbor, New York. Starting in Jan 1998, the company which is recorded as DOMESTIC LIMITED LIABILITY COMPANY is still running by Leopold. Additionally, the business’s incorporation date is 12/24/2007.

However, there are no more details about his business career.

Who is Leopold Stanislaus Stokowski Wife? All About His Married Life

Leopold has been married twice. He is now in a blissful marital relationship with his second wife Emily J. Goldstein, who is about 14-year his junior. The two exchanged their vows in late 1996 at a private house located in Wainscott, L.I. A town justice of Manlius, N.Y. Charles S. Edwards operated their wedding ceremony.

Talking more about Leopold’s wife, Emily who graduated from Vassar College is a curator of fine art exhibitions at Glenn Horowitz Bookseller in East Hampton. Besides, her dad Samuel Goldstein was the founder of a medical equipment manufacturer named Applied Technology International, while her mom was a foreign language teacher.

Leopold is also the father of one kid, a son Myles Stokowski born in 1998 with his spouse. Myles went to a private school, Choate Rosemary Hall.

Know About His First Wife: They Shared Two Children Together

Before Emily, Leopold was married to Ivy Strick. The former flames tied the knot on 18th June 1981 at the couple’s farm in Saugerties, New York. Justice Richard I. Ryan, a town justice performed the ceremony. Although there isn’t anything about Leopold’s past affair, his first wife Ivy was married to an unknown guy before her marriage to Stokowski.

Besides, Ivy is a novelist and short-story writer by profession. She studied at Fieldston School in Riverdale. Later on, Strick graduated from New York University, followed by St. John’s College and the California College of Arts and Crafts.

Although the two never revealed when did they divorce, they shared two children; daughters Aurora Stokowski Mazzei, born in March 1983, and Abra Stokowski, born in February 1985.

Their older daughter Aurora is the designer and founder of Aurora Oro Fine Jewelry. She also works as a freelance copy editor and copywriter at Quill Content. Additionally, Aurora is an artist and writer at AVSM Studio.

In addition, Aurora has been married to Anthony Thomas Mazzei. From their relationship, Leopold Stanislaus Stokowski is also the grandfather of two kids.

Where is Leopold Stanislaus Stokowski Now? Know About His Wealth

He currently resides in Sag Harbor, New York with his wife and children. Besides, as for his net worth, Leopold has an estimated net worth of $3 million in 2022. He has mainly racked such a good amount of fortune from his landscaping business.

As per sources, after his mother’s death, Vanderbilt left almost her entire estate to her son Anderson. It was valued at over $1 million at the time.