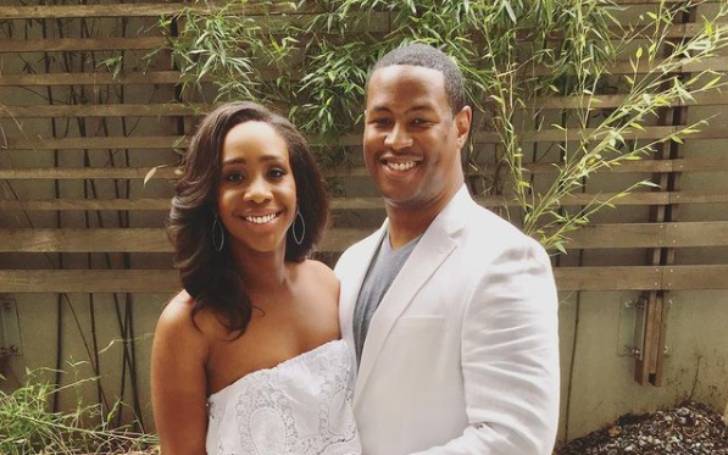 Marcus Glenn Richardson came to fame after he married journalist, Abby Phillip. Since his marriage with the American reporter, fans have always been curious about his life.

Well, Abby’s husband isn’t a no show either. He relishes a successful professional life alongside spectacular marital bliss. Now the big question here is, how did Abby meet Marcus? Who is Marcus Richardson?

Find out answers to these questions here today alongside some interesting facts about the guy!

He was born on March 9th, 1983, as the only son of Russell G. Richardson, a former colonel of the US Navy, and Toussaint Richardson. Marcus spent the major portion of his childhood traveling around the world due to his father’s work. He lived in the Netherlands, Germany, Japan, among others. His dad retired from active service after 30-years of service in 2007.

Besides, Marcus moved back to the states after reaching adolescence and started an onward conquest towards his professional life.

He belongs to the African-American ethnicity and has American nationality.

How many siblings does Marcus have?

He has two siblings, one older sister, and one younger sister. His eldest sis, Stacie Thompson works as the Human Resource Specialist for the Air Force Civilian service. She is a TUI university graduate.

Meanwhile, there’s not much news about his younger sister Jasmine Richardson. She operates an Instagram account but it has no posts as of yet.

All three of them share an unconditional bond. Marcus usually shares pictures with his siblings on his Instagram handle.

His Education and Occupation

Marcus, for the most part of his early life, studied outside the US. During his time at the Kadena Air Base, he used to play basketball at the Kadena Youth Center. After completing his early education, Marcus came back to his native land. For his undergraduate degree, he enrolled at Florida State University. He earned a Bachelors’s degree in International affairs in 2009.  He is also a student of the Harvard University class of 2010.

As soon as he finished up his college, Marcus joined Howard University where he worked as a desktop analyst from 2009 to 2012. After wrapping things up with the university he joined LivingSocial as their technical support analyst.

On the other hand, his wife is a renowned journalist who quickly rose in the journalism world. At the moment, she hosts the CNN show, Inside Politics Sunday with Abby Phillip, replacing the previous host, John King. Moreover, she is a political correspondent and weekend anchor for CNN and even made appearances on Washington Week and C-Span.

Marcus came to fame after he married one of the famous journalists Abby Phillip. They exchanged vows on May 26th, 2018, in an intimate wedding ceremony held at Anderson House, a museum in Washington. Gene Corbin officiated their wedding.

The ceremony in itself was quite intimating and attended by many of the couple’s friends and family members. As for the decoration, the venue in itself is famous for its vivacious gardens and ornate interiors. Furthermore, the decorations also had personal touches to go for. While the antique from all over the world resembled Marcus’s life in Europe and Asia, the food menu was a nod to their shared wanderlust.

Although their wedding was somehow disrupted by the rain, the ceremony still carried on.

Initially, Marcus proposed to his girlfriend in 2016. How Marcus got down on his knees is an interesting story. So, he and his girlfriend had recently moved into a new apartment and they planned to host both of their families for Christmas dinner. That is when Richardson popped the big question.

How did Marcus meet his future wife Abby?

It was back in 2011 when the two first came across each other in a mutual friend’s party. Both of them didn’t know a single guest at the party and they ended up chatting with each other. They talked about their shared interest in languages, music, travel, and food.

Well, there you have it. Now we know what draws them towards each other. It is their mutual interest that did the trick for the beloved couple. Here’s hoping their bond remains strong forever.

As of now, Marcus’s net worth is around $250,000. He amassed such a huge fortune from his work in several industries. His wife’s wealth, on the other hand, is estimated at $300,000. She accumulated the wealth from her work as a journalist.