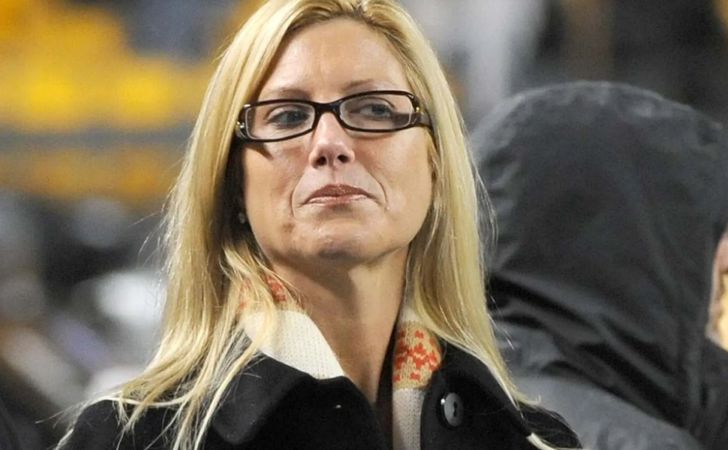 Kathryn Adams Limbaugh, also known as Kathryn Rogers, is a party planner from Florida. Further, she is also an actress known for her work in Vampires of Sorority Row. Besides, she is most famous as the wife of late radio host and conservative political commentator Rush Limbaugh.

Rush married much younger Kathryn in 2010. Their massive age gap of 26 years became a huge subject and was hugely covered in the media as well. But how is the life of Rush Limbaugh’s wife Kathryn Adams Limbaugh after his death?

In this article, we will cover her age, family background, net worth, career, and many other details. Let’s begin.

Like we said earlier, Kathryn is the fourth wife of radio personality, political commentator, and TV host Rush Limbaugh. They married on June 5, 2010, in a lavish ceremony. Their wedding ceremony was held in Limbaugh’s Palm Beach residence which was attended by several friends and family members.

The newlywed couple hosted a reception at The Breakers, a luxury resort from the late 19th century. More than 400 guests attended their wedding and the guest list included the likes of Karl Rove, Sean Hannity, and former New York City mayor Rudy Giuliani.

And the most interesting thing is the musical legend Elton John was also present in the ceremony and he entertained the attendees with his music. There were rumors that Rush paid $1 million to John for his performance, but he later stated that the figure was not accurate during a radio show.

How Did Kathryn And Late Rush First Meet?

Well, the two first meet back in 2004 at a charity golf event that was planned by Kathryn. Coincidentally, Rush happened to attend the event where they came across. He was still married to his third wife Marta Fitzgerald at the time and didn’t begin dating immediately.

However, things got romantic several years later in 2007 after Kathryn got involved with the 2007 Super Bowl in Miami. There again, she and Rush attended a fundraiser together and afterward they began dating.

They were in a relationship for over 3 years before the couple walked down the aisle.

Their Relationship Lasted Despite a Massive Age Gap

Marital relationships don’t tend to last long, especially, when there is a massive age gap between husband and wife. But the gap didn’t seem to make much difference for Kathryn and Rush.

At the time of their marriage, Kathryn was 33 years of age whereas Rush was 60, making their age gap over 26 years. But despite the massive difference and criticism in the media, the duo led their relationship successfully for over a decade. Their marriage ended with Rush’s death on February 17, 2021.

Prior to Kathryn, the late radio personality Rush was already married thrice. He first married a sales secretary Roxy Maxine McNeely on September 24, 1977, at the Centenary United Methodist Church, in Cape Girardeau. But as fate had it, the relationship didn’t last very long as they divorced on July 10, 1980.

He married for the second time to a student at Kansas City Royals Stadium Club Michelle Sixta. They tied the knot in 1983 and eventually divorced after 7 years in 1990.

Limbaugh’s third marriage was with aerobic instructor Marta Fitzgerald. They walked down the aisle on May 27, 1994, in a ceremony in Virginia. But unfortunately, they divorced on December 21, 2004.

Well, Kathryn is the daughter of Richard Rogers, a naval captain, and a businessman. In fact, he graduated from Naval Academy alongside the late Senator John McCain. Well, her elite background does not end at that but she is a direct descendant of the second president of the United States, John Adams.

She had a high-class upbringing along with her father Richard and mother Penny. She has three siblings, two brother Richard Rogers Jr., Jonathan Rogers, and a sister named Wendy Hazel.

As a child, she traveled to different places like Guinea-Bissau, London, Rio de Janeiro, the Philippines, and Hawaii because of her father’s profession.

She Is A Former Event Planner, Actress, And Author

Not many know but Kathryn Adams Limbaugh has had successful careers in different fields. Though she was professionally into event management, she has tried her hands into acting and as an author.

As an event planner, she has been a part of several events including the charity golf tournament in 2004. Further, she was also the part of 2007 Super Bowl event in Miami.

When it comes to acting, she appeared in the 1998 movie A Moment of Confusion. This was followed by her role in the 1999 film Vampires of Sorority Row. Her career as an actress was very short-lived.

Talking about her books, her name is mentioned as the co-author of the “Rush Revere” book series on its official website. Following Rush’s death, Kathryn revealed her plans to expand his children’s book series.

A successful radio personality Rush died on February 17, 2021, at the age of 70. Following his death, his body was buried at the Bellefontaine Cemetery in St. Louis, Missouri. He reportedly died of complications from lung cancer.

Well, his widow Kathryn Limbaugh spoke about his death during a live radio show, where he talked about his health issues. Addressing the millions of Rush’s radio show listeners, she said,

“I, like you, very much wish Rush was behind this golden microphone right now, welcoming you to another exceptional three hours of broadcasting. For over 32 years, Rush has cherished you, his loyal audience, and always looked forward to every single show. It is with profound sadness I must share with you directly that our beloved Rush, my wonderful husband, passed away this morning due to complications from lung cancer.”

As a celebrity wife, Kathryn enjoyed all the luxuries one can offer. In fact, she lived in a beautiful Palm Beach, Florida house which is worth millions of dollars. However, she never revealed her total net worth. That said, she is expected to inherit a large part of her late husband’s $600 million net worth.

Kathryn Adams Limbaugh was born on December 19, 1976, in Massachusetts. She is one of four children of her father Richard Rogers and mother Penny Rogers. At present, she is 44 years of age.

During her growing up years, she lived in parts of the world because of the nature of her father’s job as Naval captain. She spent years of her childhood in places that include Guinea-Bissau, London, Rio de Janeiro, the Philippines, and Hawaii.