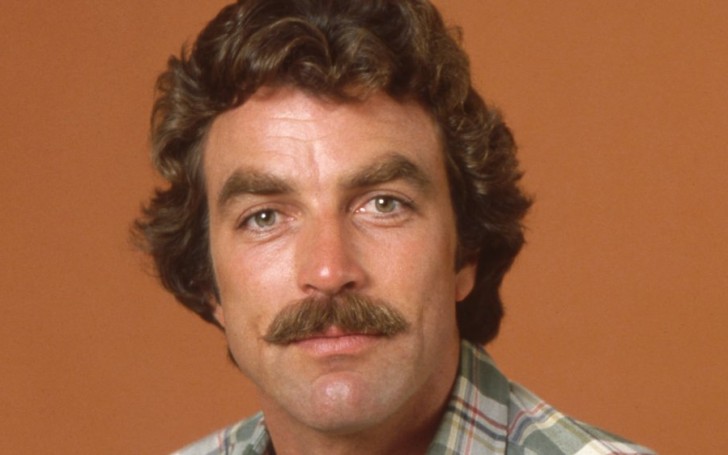 Kevin Selleck is famous as legendary actor Tom Selleck‘s stepson. His step-dad Tom is known around the world for his appearance in the show, Magnum, P.I. Unlike his famed father, Kevin decided to live a life without any cameras.

Despite being the son of one of the most acclaimed stars, Kevin has somehow been able to keep his life behind closed doors. The star kid as of now lives a relatively peaceful life with his partner and children after years of issues.

Today in this article, we’re going to lay out all the intriguing factors regarding Kevin. Find out info on his education, his career as a drummer, relationships, drug addiction, and more.

Kevin Selleck Is The Step-Son of Tom Selleck: Who Is His Mother?

Kevin Shepard Selleck was born on December 18, 1967, in California, the United States. He is the biological son of Jacqueline Ray. His mother later married Tom Selleck who adopted Kevin. Tabloids suggest he was adopted on August 7th, 1987, but it’s all false.

Besides, Kevin belongs to the Caucasian ethnicity and has English ancestry. He is an American by nationality.

Once Kevin and his dad Tom were in an accident. It was in August 1983, when Kevin, who was driving the vehicle, and Tom’s car plunged 20 feet into the air whilst landing on a trailer. Both of them had minor injuries and bruises.

Aside from himself, his father Tom has another child, a daughter named Hannah Margaret Selleck, born on December 16th, 1988. His step-sister is an equestrian who competes in several competitions around the world.

It seems becoming an equestrian is a new trend among star kids as Steve Job’s daughter, Eve Jobs, Stephen Spielberg’s daughter, Destry, and Bill Gates’ daughter, Jennifer Gates are all into this sports.

Talking about the relationship between Kevin and Hannah, there are no right answers here. Hannah has never shared any picture of her step-bro which means only two things, either they don’t have a great relationship or she is aiding in keeping Kevin’s privacy at bay.

Kevin Selleck Was A Volleyball Player In College

For his early education, Kevin attended the prestigious Palisades High School. Upon graduation, the star kid joined his father’s alum mater, the University of South California. During his time in college, he used to play Volleyball. He was quite good at the sport as he was specially trained by his step-dad, Tom. Many of you might not know that Tom used to be a great volleyball player in college.

Back in August 1987, in an interview with the Los Angeles Times, Kevin mentioned how Tom played a pivotal part in his liking towards the sports. He stated,

“I mostly picked up beach volleyball from my stepfather. My stepfather is very athletic. He played basketball in college (USC) and plays volleyball and softball all the time now. He raised me since I was 3 and he’s had a lot of impact on me, especially with sports.”

From the above statement, it is evident the father-son duo had a great time together back in the day. Besides, Kevin even won the 1990 NCAA Champions Trophy with the USC (Trojans).

Aside from Volleyball, Kevin also joined his Palisades High School’s swimming team, however, he later quit after a year or so.

Kevin Selleck Was Once A Member Of The Band Tonic

His career as a sportsman didn’t make it quite far as he expected due to injuries. He later transitioned into the music world. He became a drummer and started doing small-time gigs here and there before he became a member of the band, Tonic. Initially, the group’s founders Emerson Hart and Jeff Russo first met Kevin at The Kibitz Room in Los Angeles, California.

After shaking hands, the band subsequently released their first album, ‘Lemon Parade.’ Nevertheless, Kevin’s time at the band was rather short-lived as he left after recording only one album due to some family issues.

Later on, he started a new music band alongside a close pal but unfortunately, it never did take off. Eventually, the band disbanded and Kevin started doing a few minor gigs here. At the same time, he also collaborated with his former band Tonic on a few occasions. His credit includes Over the Edge, Sugar, Zoo Story, The Revisionists, and more.

Nevertheless, since 2009, Kevin has not been involved in any band. It looks like he has completely left the industry. One of his former bandmates and musician Mark Moran mentioned in an interview Kevin literally vanished from the face of the music industry.

Kevin’s Relationship With His Adoptive Father

Both Kevin and Tom have rarely talked about their relationship in public in recent years. This makes it quite hard to tell what type of relationship do they have as of now? Even so, we have a couple of incidents from the recent past.

Back in 2016, RadarOnline reported that Tom Selleck’s life is a far cry from what we’ve seen in the series, Blue Bloods. Ever since he adopted Kevin, he has been helping him out in every path, from his music career to his financial problem to his trouble with addiction. Tom helped him all the way, still, it was never enough.

An insider told at the time, “No matter what Tom’s done for him, Kevin can’t find his way.” Rightfully so, Kevin was never able to find his way.

In 2011, he was charged $6,000 by the way of judgment due to his failure to pay his credit card due. At the time, a source close to the family stated, “Things can’t seem to get on track for Kevin. Tom’s tried money, advice, and letting Kevin find his own way. Nothing seems to work.”

In addition, when Kevin was 22, he was admitted to the Betty Ford Center for his drinking addiction.

When Kevin was young he played Volleyball on the beaches of Hawaii with his dad. It was with him that he learned Volleyball. Moreover, whenever Kevin had a Volleyball match, Tom would often attend the game. Safe to say, they shared an impeccable bond but as time passes by, their relationship became estranged.

Kevin Is Married To Wife Annabelle Selleck With Six Children

A Radar Online reporter back in 2016 went to Kevin’s residence to find out what is he up to these days. However, he never found the star kid. When the reporter knocked on the door, a woman, assumed to be his wife, answered the door. As soon as she saw the reporter, she closed the door.

Afterward, the tabloid also reached out to Kevin’s personal phone, but again, no response. The reporter revealed his residence was in shambles with a broken door while toys and garbage were all over the porch.

Talking about his personal life, Kevin is married and is a father of six children. As per the report, he is married to his wife Annabelle Selleck. Moving on from his past undoings, he is a hardworking family man.

How Much Is Kevin Selleck’s Net Worth?

Growing up, Kevin surely enjoyed a lavish life. There’s no doubt that for the major portion of his life, Tom Selleck helped him out financially. Though Kevin’s own net worth is not estimated, his dad Tom sits atop a staggering $45 million wealth.