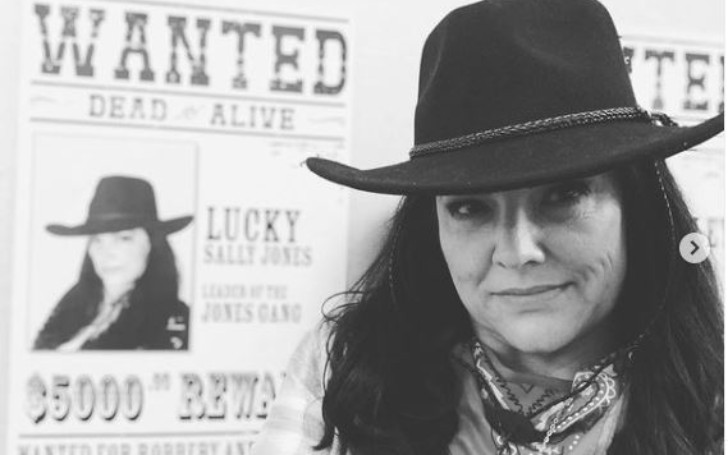 Allison Jones Foster is the eldest daughter of the legendary musician, David Foster. The Canadian music wizard shares Allison with his former girlfriend, whose identity till now is a mystery.

Growing up, Allison’s biological mom and dad weren’t by her side. David and his girlfriend had decided to put her up for adoption as soon as she was born. However, the father-daughter duo reconnected later on and now they are incredibly close to each other.

Today in this article, we’re going to find out some interesting facts about David Foster’s daughter Allison. We will tell you about her personal life and many other facts!

Allison Jones Foster was put up for adoption after her birth: Who is her biological mother?

She was born on April 6th, 1970, in Canada. At the time of her birth, her father David was 20-years-old and her mother was also around the same age.

Some times after Allison’s birth, her parents decided to place her up for adoption. As a young couple who were neither ready nor had any idea how to raise a kid, they probably decided to take such a drastic decision.

Now talking about who her biological mother is, well, there’s no information available about her. David, who has been in the news for several decades, is yet to reveal who was his partner.

Allison belongs to the Caucasian ethnicity and has Canadian nationality.

Who are Allison’s adoptive parents?

We’re sure many of you might be curious to know about Allison’s adoptive parents. To answer your query, she was raised by a single mom who goes by the name Sonya.

In addition to Allison, her mother also raised a boy who became Allison’s brother. The family of three lived a pretty modest life, but they were always grateful.

Allison usually shares pictures of her mother on her Instagram account showing her never-ending support and love for her. It wouldn’t be an understatement to say that Allison is closer to Sonya than her own biological parents.

David Foster is a father of six children in total, including Allison, who is the eldest of the brood. After Allison’s birth, David married musical artist, B.J. Cook. The couple welcomed their first and only child, a daughter named Amy Skylark Foster on July 29th, 1973.

After separating from Cook, David then went on to marry Rebecca Dyer with whom he welcomed three kids, all daughters. Their eldest child Sara Foster was born on February 5th, 1981, the middle one Erin Foster was born on August 23rd, 1982, and the youngest Jordan Foster, was born on September 1986.

Last but not the least, David became a father at the age of 71 with his wife Katharine McPhee and welcomed his one and only son, Rennie David Foster in March 2021.

All of David Foster’s children are really close with each other. Although Allison didn’t receive the same childhood as her other siblings, she is still grateful for what she got as siblings.

The singer had put his oldest child for adoption around the time she was born. Thus, he was never present when she was growing up.

Nevertheless, her adoptive parent did an awesome job in raising her. Not only did she (Sonya) taught her to live her life to the fullest but she also taught her never to resent anyone. This is why Allison didn’t get mad when she reconnected with her biological father at the age of 30.

Even though Allison had every right to not meet with her father, she was pretty much cool about it. Soon after Dave introduced her to her half-siblings and she too became a pivotal part of the family.

Whenever there’s a big event at the Foster residence Allison for sure joins in.

Allison works for her father’s foundation

As if their relationship wasn’t mended, Allison even ended up working for her father’s not-for-profit organization, The David Foster Foundation. She joined the charitable organization in 2009 and started out as the secretary to the board. As of now, she serves as the director at the foundation.

While working for the charitable foundation, she has traveled to different parts of the globe especially underprivileged countries in Africa and Asia. Moreover, she has often traveled alongside her husband and kids.

Apart from working for her father’s organization, she also works at Commvault as an Account Executive. She has been working there since February 2017.

Previously, Allison had a long list of jobs. From 1994 to 2005, she was the Manager at Xerox. Then she joined Bell Canada as an account executive. She worked there for a year before moving to Hewlett-Packard, aka HP.

She has done her bachelor’s in Music and Psychology from the Concordia University of Edmonton and her master’s from McMaster University.

Is Allison Jones Foster married? Who is her husband?

Yes, she is in a happy marital relationship. She has been married to a Canadian man named Bret Jones. The pair started dating in the early ’90s. After dating for several years, they exchanged vows in August 1996.

Foster often shares pictures with her husband on her social media handle. The pair usually goes on many occasions together. Moreover, her husband Brent is also close with her father, David.

Besides, from their relationship, the couple is a proud parent of two kids, both boys. They welcomed their eldest son, Tristan Jones on February 3rd, 2000. A few years afterward, on January 17th, 2002, they became a parent of their second son, Aaron.

Both of their sons have graduated from high school. Her youngest son Aaron graduated high school from Alberta High School in 2020. He also played Ice Hockey during his time in high school.

The family of four lives in Edmonton, Alberta. Allison often shares pictures of her family on her Instagram account.