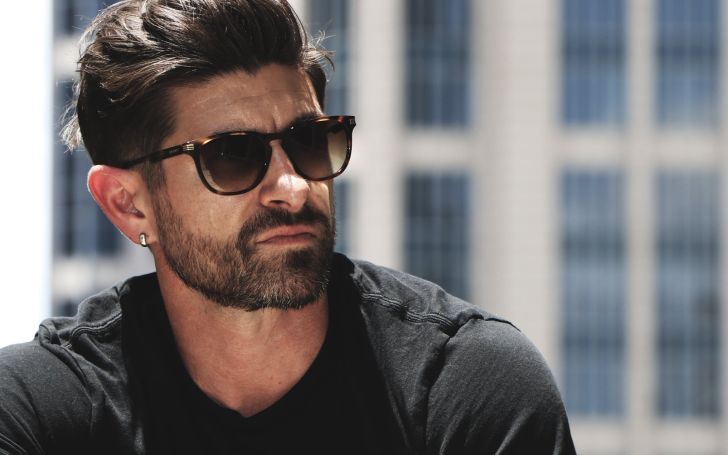 Men Image consultant Aaron Marino became renowned after he started the YouTube channel Alpha M. The old school YouTuber has kept the identity of his wife behind closed doors and that too for better reasons.

Today we’re going to share with you some insights into Aaron’s marriage life and tell you more about his wife.

Although Aaron comes around as a stud who goes out on a lot of dates with super hot girls, his real-life behind the camera is completely different.

He is a devoted husband to his wife, Tracey Woodard. The couple has been together for 18-years now.

Many of us see the confident Alpha Aaron in his YouTube channel, but off-screen he is a person who has struggled a lot. His hard work is something that helped him reach where he is today and he credits it all to his wife.

In a candid Q&A with his wife, the duo talked about their relationship and what keeps it ticking. According to his wife, Aaron is a doting husband and she even went on to give him a solid 12 on a scale of 1-10.

You can find out more about their beautiful relationship from the video below!

They Exchanged Vows in 2007

Aaron and his wife wedded in 2007. They exchanged vows in a relatively small ceremony alongside their close friends and family.

As of now, the lovebirds of 18-years do not have any kids, though they might just welcome some soon.

When did Aaron and Tracey First Meet? They Once Broke-Up

It was back in 2002 when the couple first met each other. When they started going out both of them were 27 and Tracey has had a few dating affairs, all of which ended in a bad way.

Tracey even went on to call her past boyfriend fools, which tells a lot about her past affairs. As soon as Tracey started going out with Marino, she knew he was the one.

How do you ask?

For Tracey, her relationship with him was far greater than her previous ones. It was easy for her and it felt right to be with him. However, as in all great things, they had a difference of opinion and their relationship crumbled. Subsequently, they broke up.

Yes, the couple, who sound like they never have any fights, decided to go their separate ways. But later down the line, both of them got back to each other and eventually exchanged vows. Such is fate!

It’s a no-brainer that Aaron is a stylish guy who practices and preaches style to men. Incidentally, the 44-year-old  Alpha messed up real bad whilst choosing a gift for his then-girlfriend-now-wife. Apparently, he gave a stylish gift to Tracey at the beginning of their romance.

When Aaron visited her house for the first time, he gifted her a pair of black flip-flops. However, there was a serious problem with the shoes.

So like a doting girlfriend, as soon as he gifted Tracey the flip-flops, she wore them and they went around the neighborhood for a walk. But upon reaching home she discovered something on her foot. The material of the shoe had eaten away at her skin and her foot was filled with injuries.

Quite a travesty, isn’t it? Well, we sure are thankful for Aaron that Tracey didn’t dump him right there and then.

Why Aaron Refrains from showing his Wife on YouTube?

A million-dollar question from his subscribers.

The Philadelphia native has been on the YouTube scene since 2008, and thousands of videos later, we are yet to see Aaron and Tracey together in any of his videos.

Well, let us tell you the main reason behind his decision. When Aaron first started posting videos online, as a newbie, he received a lot of hate, which lowered the self-esteem of our Alpha. Quite surprising to hear!

He decided there and then, he will never expose his loved ones to such hate or negativity, let alone his spouse. What’s more, he also made up his mind, not to exhibit his kids as well, if he becomes a father someday, that is.

So there you have it, he just wants to protect the privacy of his family, which every family man would do. We all know how bad social media can be and the types of people we find there are horrifying.

Secret Behind their Successful Conjugal life

Aaron and his wife are like your regular couples. They fight, they don’t talk, and yet, in the end, they find their way back to each other.

The couple follows one secret formula, which we believe, everyone should follow. According to his wife, one needs to accept change. What she means by that is, when one of your partners changes or evolves with time, you either need to change with them or you should be okay with the change.

Sadly, this is where a lot of pair falls short as there is a certain attitude or ego that disallows them to change or accept the change. Alpha and his wife know this pretty well and both of them have grown and changed together.

Tracey Marino (nee Woodard) is a business development and marketing expert. She has over 15 years of experience.

Currently, she works at the NOVA Engineering and Environmental, LLC as the Corporate Marketing Director. She joined the company back in March 2015.

Previously, she worked at Smallwood Reynolds, Stewart, Stewart as a Marketing Coordinator, Precision 2000, Inc in the Business Development department, and at Countour Engineering, LLC in Marketing/BD department.

Interesting Facts about their Relationship