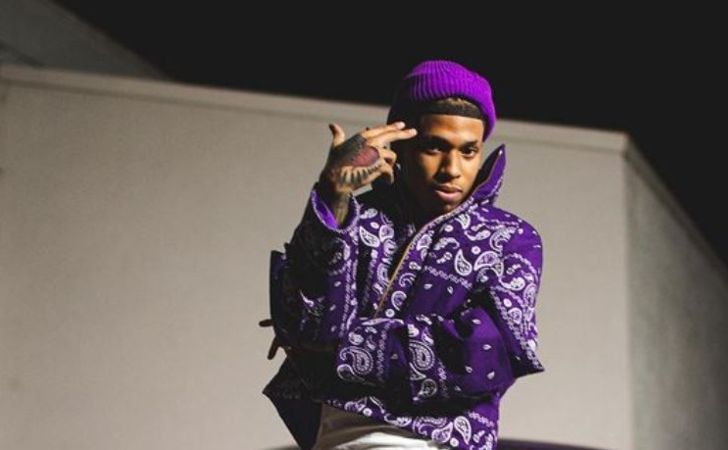 Love affairs and break-ups are a part of life for almost every celebrity. In fact, their life constantly scrutinized with multiple speculations about their romantic interest. Here, in this case, there are millions who are looking to know about Rapper NLE Choppa’s girlfriend at present.

To clarify, Choppa, born Bryson Lashun Potts, has had numerous partners in the past. But as far as his present relationship status is concerned, things look a little unclear. Moreover, he is also a father to a baby girl with his ex-girlfriend Mariah.

Well, here we are going to explore every detail about the romantic side of his life.

Who Is NLE Choppa Girlfriend In 2021?

American rapper NLE Choppa’s love life is one of the most inquired subjects about him. And now his relationship status in 2021 has become a major curiosity for all his fans. So, is he dating anyone at present?

Well, in this case, there are no confirmations that come from the rapper himself. Choppa has lately not clarified whether he is single or dating. But going by his social media posts, it looks like he does not have any girlfriend in 2021. So far, there are no posts that are suggestive of his romantic relationships or love affairs.

Just in case Choppa is dating, we are pretty sure that he is keeping it a secret. Further, one of the sources made a clear statement about the Shotta Flow rapper’s relationship status saying,

If we talk about his current girlfriend then currently he isn’t dating anyone if he is then he hasn’t made it public yet. In 2021 all we can say that our beloved NLE Choppa is single right now and currently he is focusing on her little girl and on his career too as he is also so young.

While NLE is living all alone at present, the case was not the same always for the rapper. He apparently has been in a few relationships in the past. And one of his girlfriends includes a successful social media star Yung Blasian.

Talking of NLE Choppa’s ex-girlfriend Young, she is not only a social media star but also the CEO of ‘Winks By Blasian’, which is an eyelash company. The beautiful lady has around 1 million followers on her Instagram.

Choppa and his ex Blasian made their relationship public for the first time back in late 2020 via an Instagram live. The new couple appeared together in a live session to interact with their fans where they also introduced themselves as a couple.

Not only this but Blasian has also shared a couple of photos of her locking lips with Choppa on her Instagram. In one of her now-deleted post, she wrote a beautiful caption saying,

I ride for you, you ride for me… we just like Bonnie and Clyde (sic)

Furthermore, Yung, who has a huge following on her Instagram, also shared the poster of her then-boyfriend Choppa’s album Shotta Flow 5, helping in the promotion.

But unfortunately, the couple is no more together. Prior to him, she reportedly dated another rapper NBA Youngboy.

Choppa Has A Daughter With Ex-Girlfriend Mariah

The list of NLE Choppa’s girlfriend does not end with Yung. Prior to her, he dated a YouTuber named Mariah. The former couple was pretty much in love and also had a daughter together from their relationship.

The rapper had announced the coming of a new baby in the family back in March 2020 via an Instagram post, months after their break up in November 2019. Despite the split, the two chose to cooperate just for the sake of their little one. Well, NLE even shared a photo of an ultrasound report.

The couple welcomed their child, a daughter named Clover Brylie Potts, on June 20, 2020. Upon the arrival of a baby girl, NLE shared a video clip of him holding his daughter on his Twitter.

Looks like he is already in love with his child.

He Had An Ugly Split With The Mother of His Child

Though things were pretty good between the two at the beginning, it turned into chaos by the end of 2019. The duo was ‘inseparable to the extent that they had a tattoo of one another engraved on each other’s body.

But what looked so full of love ended with verbal abuse on social media. Mariah even went on to call him broke a*s ni**a and accused him of multiple infidelities. In her Instagram post, she wrote,

Soon after the arrival of the daughter in the family, NLE stated that having a baby girl, his perspective towards women has changed. In fact, on May 27, 2020, after getting to know that he was going to have a baby girl, he shared a Twitter post where he wrote that he was already learning to respect girls. He wrote,

But aye since yo selfish ass wanna keep a baby yeen even wanna keep, KEEP IT POOOH POOH. Folks deceive me as the bad person but in reality I wanted my baby to help me learn to love myself. Wanted a boy but God blessed me with a girl to learn to respect women more, shit fucced up

later, he shared another post on his Twitter on June 14, where he posted a photo of his then-pregnant girlfriend Mariah apologizing to her for all he did to her. Check out the post here.

Well, with all these past, Choppe is happy with his girl child at present. He is not dating a girlfriend at present but we hope, he finds a perfect partner for himself soon.

Who Is Yung Blasian? Her Boyfriend, Career, Dating History