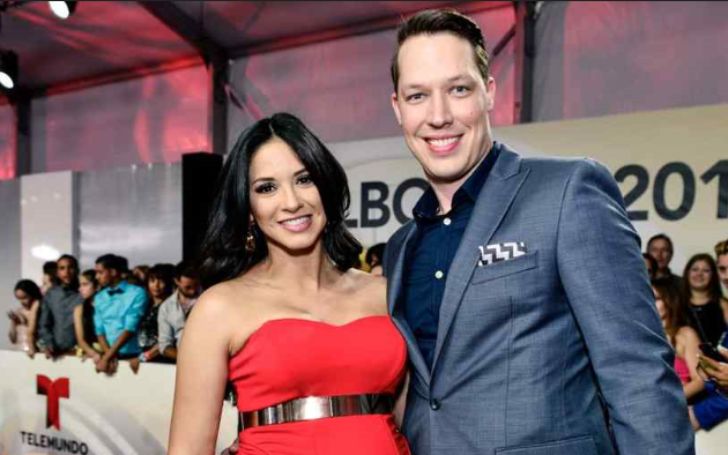 Honduran TV presenter & Telemundo star Ana Jurka is in a happy marital relationship with her boyfriend turned husband, Joshua. The pair is a wonderful parent of two kids.

Despite being open about her relationship, her fans are still asking many questions pertaining to her personal life. Questions such as who is Ana Jurka’s husband Joshua, how did the couple first meet, when did they marry are the most common ones.

Well, quench your curiosity here today, once in for all!

When did Ana Jurka and her Husband Joshua Marry?

There’s no doubt the Ana’s fans are eager to find out more about her husband and how long is she married to her beloved.

Well, the lovebirds tied the knot on May 13th, 2011, in an intimate wedding ceremony surrounded by friends and family. The wedding took place at the Ministry of Zion in Honduras. Josh’s father, Pastor Peter Jurka officiated the nuptials.

The wedding reception took place at Hacienda El Trapiche. The bride and groom’s parents offered a toast to their new journey as husband and wife.

As for their honeymoon, the newlywed went to New York, Orlando, and Italy.

Ana moved from Honduras to Florida, United States in 2012 a year after her wedding. At first, she and Josh moved because of his work here in the states.

The pair got engaged back in 2010 after meeting a few months before. In March of this year, Ana shared a throwback picture of herself with Josh. The picture looks like something out of a nostalgic film diary as both of them look quite different.

In the caption box, she mentioned their first meeting and how they got engaged.

Now we’d like to move your attention to yet another post shared by the Honduran beauty. In the picture shared on Instagram, she is wishing everyone Happy New Year 2020, but there’s something else to look out for.

You might be thinking that as perfect as the couple’s relationship looks, do they share any kids between them yet to complete their family. The answer is yes.

The Honduran couple is a proud parent of two children, both of them boys. They welcomed their first child, Seth Jurka on May 27th, 2016. Upon the arrival of their first bundle of joy, the lovebirds were overjoyed.

In addition to Seth, Ana is a mother of one another kid. She gave birth to another boy, Noah Peter Jurka on February 1st, 2019. For those who are curious, Josh used his dad’s name Peter as Noah’s middle name. A kind tribute to the grandfather.

Why did Ana change her Surname to Jurka?

For the people outside Honduras, many of you might not know this but before Ana was Ana Jurka she used a different surname. In her native country, she is still revered by her maiden name, Ana Itschel Flores.

After joining Telemundo, many people told her to leave the maiden name Flores and use her husband’s surname instead. Furthermore, many of her colleagues in Telemundo used their husband’s last name so it became a necessity, kind of like a hidden rule.

Moreover, her husband advised her to use his name as well. He said the name Ana Flores is common across their native country but Ana Jurga is rare. With that, she decided to use his surname.

Ana Moved to the United States For Her Husband

We’ve all encountered people who would go to any lengths for their partner and Ana is one of those peoples. This might surprise you but did you know Ana never had any intention of working in Telemundo, to begin with.

Yes, you heard it! The Titulares y Más host moved to the United States, not looking for work but for her love. She left a flourishing career back home to be with Josh.

It was then Josh created a demo reel for Ana, compiling all of her work. Likewise, he sent the tape across different channels and she got into the TV network here in the States as well.