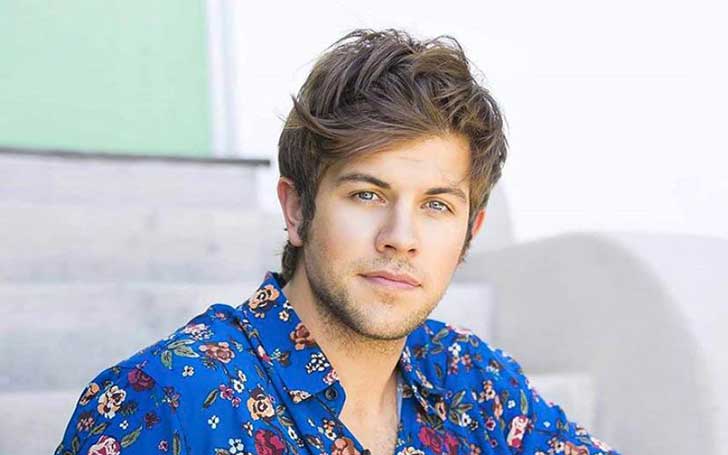 Andrew Herr is one of the famous Canadian actors who rose to prominence after his portrayal best known for his portrayal of Jonesy on the television sitcom Letterkenny. Besides, Herr is also famous for his appearances in television movies that include Zapped, Seeds of Yesterday, and Story of a Girl among others.

Herr has been acting for over seven years now. But, very few people know about the Canadian star. So, today we’re giving every detail on his personal and professional life.

Andrew Herr was born on May 25, 1991, in London, Ontario, Canada. But, two years after his birth, Herr moved to St. George with his parents and spent his early childhood there before relocating to Kingston in his teenage. In Kingston, Andrew became interested in hockey.

He played junior hockey for two seasons. In the first season (2009-10), Andrew played with Gananoque Islanders, and the next season, Herr played with Napanee Raiders (then EBJCHL).

How old is Andrew Herr? His Ethnicity

His age is 30 at present. As for his ethnicity, Herr is Caucasian and is an American by his nationality.

What is Andrew Herr’s Height?

Started His Acting Career in 2013

The movie showed how hockey legend, Gordie Howe returned to play hockey in 1973 with the new Houston Aeros of the World Hockey Association.

His College: Was Roommate with Dylan Playfair

Actor Herr attended the University of British Columbia. At the university, he met Dylan Playfair. Andrew and Dylan were roommates during their college days who later went on to appear together in the television movie, Mr. Hockey: The Gordie Howe Story.

Andrew Herr was interested in acting from his high school days. After he played in a high school theater production, Never Swim Alone, he became passionate about acting. Herr completed his graduation from the University of British Columbia.

After his graduation, Herr went on to study acting at the Vancouver Institute of Media Arts (VanArts).

Rose to Prominence from Letterkenny

Shortly after Andrew Herr made his debut on television, he got a role in Letterkenny Problems, a web series on YouTube. His role as Jonesy was reprised in Letterkenny, the 2016 television series.

The series was announced in March 2015 where Herr worked alongside Jerad Keeso, Nathan Dales, Dylan Playfair, Evan Stern, and more. The series premiered in February 2016 and ended in 2019 after the completion of the eighth season.

Furthermore, the actor has acted in projects like Goon: Last of the Enforcers, Adventures in Public School, and more.

Andrew Herr is in a Relationship with His Longtime Girlfriend

Though less talked about in the media, Andrew Herr is in a longtime relationship with Soph Sigz. Herr used to share his girlfriend’s photos on his social media, however, the actor wasn’t much open about his love on his social media between 2019 and 20. Back then, Herr shared his photo with his gf on the occasion of her birthday. Here is the post,

Today marks the birth of @sophsigz 🥳🥳🥳 From the moment I met you, you’ve always been one of a kind and true to yourself no matter what. I love all of it ❤️ Its been one of the best years of my life and a big part of that is because of you. So thank you and Happy F***ing Birthday!! 🥳🥳

Starting in 2018, Andrew shared a lot of photos with his partner. He also posted photos of themselves from their romantic trips that include their trip to Malta in 2019.

But, since they haven’t appeared together in public for long, many of his fans think the pair is broken up. But, there is no such news by far. So, let’s find out if Andrew and Sigz are still together or not.

Although the duo kept their love private for some time, they eventually came with a big surprise. Herr and his longtime girlfriend Soph engaged on 10th September 2021. The actor was first to announce the news. He shared the adorable photo of the duo, in which, his fiancee is showing her engagement ring. And the actor captioned it,

Furthermore, Andrew proposed to his girlfriend at the 5-star hotel called Areias do Seixo, in Portugal.

He Dated Mikaela in the Past

Herr hasn’t talked much about his love life in the media. As per his social media, the actor was also in a relationship with a woman named Mikaela in 2014. They started dating in January 2014. In January 2015, Herr took to his Instagram marking his first year with his then-girlfriend.

They were together until 2015, however, it’s not clear when they ended their romance.

How Much is Andrew Herr Worth?

The budding acting has made quite a name and fame within a short period of time. As per sources, Herr has a net worth of $700,000. Needless to mention, his major source of income is his acting career.

Andrew is quite active on social media handles. He has +110k followers on his Instagram. Further, Herr has considerable followers on Twitter.