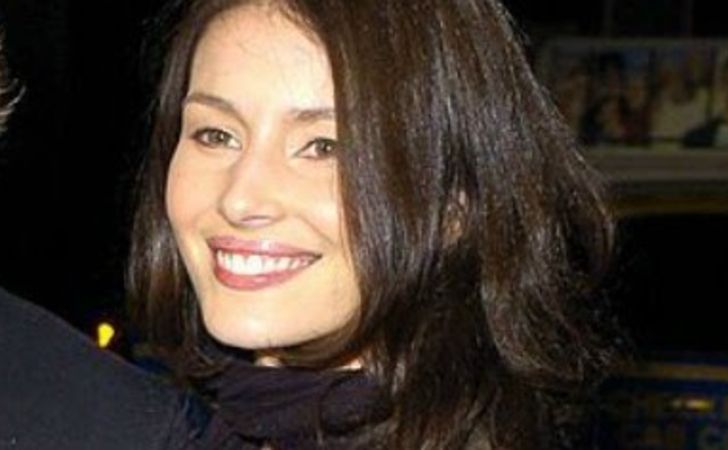 Angie Cuturic is a former American actress by profession. She has appeared in a few successful movies. However, she is primarily recognized as the former partner of later American stunt performer, television personality, & actor Ryan Dunn.

Following her relationship with Dunn, she suddenly catapulted to fame. But lately, she has turned into a virtual recluse. She has not made any public appearance since the death of her fiance.

Well, how is Angie Cuturic’s life at present? Did she get married? Here, in this article, we will talk in detail about Angie’s relationship with Ryan, her career, and her life post the demise of her partner.

Angie Cuturic comes from a very humble family background. Despite not having any connections in the film industry, she achieved decent recognization.

While she has not revealed her exact birth details, she was born in the early 80s in an American family. As of 2022, she is in her late 30s.

Moreover, unlike other celebrities, Angie despite being decently famous, completely respected the privacy of her parents and never revealed the identity of her family members.

Career: She Has Only Appeared In Two Movies

It is not easy to break into the Hollywood film industry, especially when you have no film background. But Angie, breaking all the stereotypes, achieved decent recognization as an actress.

But unfortunately, her movie career was not long-lived. In fact, she has completely avoided the media since the demise of her late boyfriend.

Talking about the movies, she made her film debut in 2003, appearing in Haggard. In the movie, Cuturic played a promiscuous girlfriend of Ryan Dunn. Likewise, her second role came after a long gap in 2009 when she appeared in Minghags as Libby. Bam Margera wrote the movie.

Hopefully, Cuturic makes a comeback in the movies in the near future.

The beautiful Angie Cuturic was not married but she had a long-term relationship with American stunt performer, television personality, actor, & comedian Ryan Dunn.

The couple reportedly began dating in 2002 and shared a great bonding. In fact, people loved and appreciated their roles opposite each other in the movie Haggard.

Moreover, if sources are to be believed, they were even engaged and were planning to tie the knot as well. But tragedy struck the couple with the death of Dunn in 2011.

Angie’s then-partner Ryan died in a tragic car accident at around 3:30 a.m. EDT, on June 20, 2011. He was reportedly driving in his 2007 Porsche 911 GT3 back from West Chester bar when it veered off the road and hit a tree. The car burst into fire in West Goshen Township, Chester County, Pennsylvania.

The victim also included the production assistant of Jackass Number Two Zachary Hartwell. While Zachary was 29, Dunn had just turned 34, nine days prior. Ryan is buried at Highland Drive Cemetery in Brecksville, Ohio.

Overspeed and high alcohol consumption were reported to be the reason for the accident. As per the postmortem report, Dunn’s blood alcohol level was around 0.196 g/dL, twice above the legal limit of 0.08%. Further, he was driving at around 132 and 140 miles per hour (212 and 225 km/h), in a zone with an 89 km/h speed limit.

As we have mentioned above, Ryan led a successful career as a stuntman, and TV and film actor. Starting out with stunt performances, he made his debut in films in 1997 with Invader as Army Private. However, his major role came in 1999 with Landspeed Presents: CKY.

Likewise, he is also widely recognized for his work in films like Steve-O: Out on Bail, Jackass Number Two, The Dudesons Movie, Jackass 2.5, & Jackass 3D.

Apart from films, Ryan has also been a part of many TV shows. He was highly appreciated for his work in Jackass, in which he appeared in 21 episodes from 2000 to 2002.

What Is Angie Cuturic Doing At Present?

Since the death of Ryan, Angie has been living a life away from media and public attention. In a span of over a decade, she has not made any public appearance at all.

In fact, she has even avoided all social media platforms. Hopefully, she is enjoying and making the most out of her life at the present.