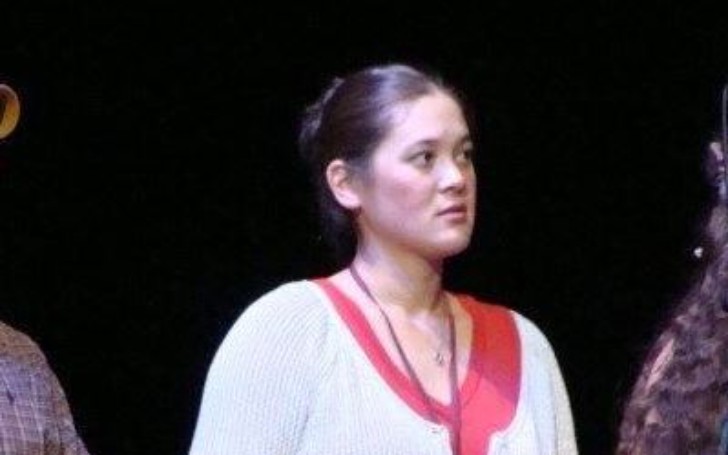 Anna Kate Denver is one of the three kids of late country singer, John Denver. She along with her older brother Zachary John Denver was adopted by John Denver and his wife.

Her father John is one of the most revered singers of all time. His career spanned over three decades from which he won numerous awards, including Emmy and Grammy awards.

Ever since Denver’s passing, his three children have been a subject of curiosity especially his adopted daughter, Anna Kate Denver. Of the three of John’s kids, she is the only one who has not made a single appearance in the media.

So what is Anna doing nowadays? Does she have a husband? And how many kids does she have? Let’s find out the answers to the questions here.

Anna Kate Denver Family: Who are her biological parents?

Born in the year 1976, Anna was adopted by John Denver and his first wife, Annie Martell. There’s not much info available about her biological parents. It looks like the Denvers adopted her from a local adoption agency. Besides, Anna belongs to the Caucasian ethnicity and has American nationality.

At the time when she came home, John and Annie had already moved from their home in Edina, Minnesota to Aspen, Colorado. The pair came to the decision of moving to the state of Mountain West after a camping trip to the Rocky Mountains with some of their friends.

Anna grew up in Aspen, Colorado alongside her brother. Both of them were the apples of their father’s eyes. John’s love for Anna and Zak can easily be explained from his saying in one of his interviews. In the interview, he said, “When I die, Zachary John and Anna Kate’s father, boy, that’s enough for me to be remembered by.”

Her parents had a bitter end to their relationship

Initially, John and Annie exchanged vows on June 9th, 1967 in Minnesota. At the time, John’s singing career had just begun and he wasn’t a big star. At the beginning of their relationship, the pair lived in Edina, MN. After living there for several years, they moved to Aspen.

However, their lives soon turned upside down when fame found John. After filing for legal separation, their divorce finalized in 1982. The very next year, while talking about the reason behind their split, John told in his documentary that his work commitment drove them apart. He also added that they were not quite mature to handle his sudden fame.

Besides, their divorce settlement wasn’t exactly sweet. In fact, there were a few tense moments including Denver’s attempt to choke Annie and him cutting their marital bed in half with a chainsaw.

Afterward, John went on to marry Australian actress Cassandra Delaney. They tied the knot on August 12th, 1988 in an intimate ceremony.

The year 1997 was a devastating blow for the Denver family. Their patriarch, John Denver died in a fatal plane accident. The tragic incident happened in October 1997 when John crashed his home-built airplane in Monterey Bay, California. The accident unfolded while he was making a series of touch-and-go landings.

Aside from Anna’s dad, many are also curious to know what is going on with her adopted mother, Annie’s life. Well, she remains behind the public door and rarely ever makes any public appearance.

The only time we heard about her was back in 2018 when her mom and Anna’s adopted maternal grandma, Norma Martell, passed away. In her obituary, it was written Annie was living in Aspen, Col.

Apart from herself, she has two siblings, one brother, Zachary, born May 1974, and one sister, Jesse Belle Deutschendorf, born May 1989. While Zak and Anna were adopted, Jesse is the only biological child of John. He shared her with his second wife, Cassandra.

All three siblings are really close to each other. In fact, Anna’s older bro Zak and younger sister Jesse attended the Hollywood Walk of Fame presentation ceremony for their dad in 2014.

Her brother Zak is involved in politics. His current political affiliation is unknown to the public, however, back in the early 2000s, he was a member of the United Party of America. Similarly, the youngest of the brood is also not involved in the music industry like their dad John. She is a painter and also makes handmade crystal jewelry.

Like we mentioned above, among the three of them, Anna Kate Denver is the only one who rarely makes a public appearance. The only time we ever saw her was back in 2011 when she attended John Denver’s Music Hall of Fame induction event alongside her brother and sister.

Anna Kate Denver married life: Who is her husband?

For the past couple of years, Anna has been enjoying a blissful marital life with her husband, Jaime Hutter of Wanaka, New Zealand. There isn’t any information available as to how and when the pair first met.

For the first few years of their relationship, the pair used to live in the United States. Sometime later, they moved to the city of Wanaka in New Zealand. They have since been living in the land down under.

Talking about her spouse Jaime, he is a Private Equity investor and Investment banker. He previously worked as the CFO for PRIORI Skincare based in Wanaka. He is also a tremendous philanthropist who has raised money for several charitable causes. In fact, he also set a new record for the 24-hour indoor row while fundraising for St. John NZ, Coastguard NZ, and Wanaka Search and Rescue Inc.

The couple is a parent

From their years-long marital life, the lovebirds share one daughter named Daisy Eloise. Kate gave birth to her child on December 21st, 2011. As of writing this article, Daisy is 9-years-old.

As of now, Anna and her brother Zak are the only Denver kids who have welcomed a child. Nevertheless, the youngest Jesse is also expecting a baby with her partner and she will become a mother soon.

How much is Anna Kate Denver’s net worth?

As she is a private person there’s no information as to what she does for a living because of which we can’t estimate her net worth. Regardless, being the daughter of John Denver, we’re sure she also received a couple of million dollars after her father died.

At the time of his death, John was worth a whopping $60 million. When he passed away John wasn’t married to anyone so naturally, his three kids inherited all of his fortunes. He had also set up a trust for his mom, his dad, his three kids, and his first wife, Annie of worth $7 million each.