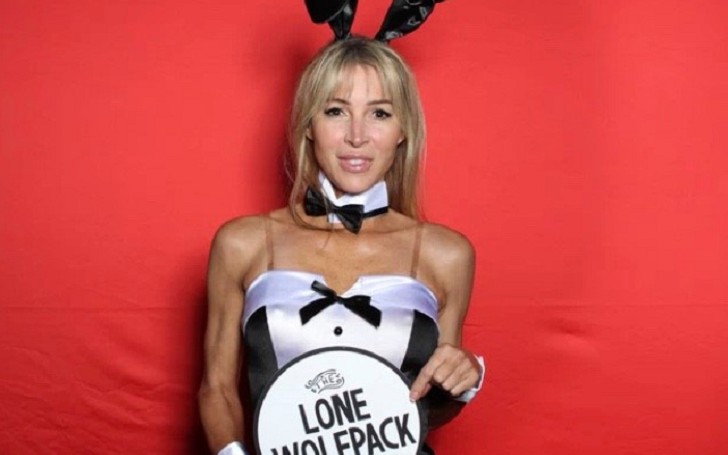 Several women played a major role in their men’s drastic change sometimes it helps them to pursue a goal which they dream of or sometimes it totally ruined their life too. Today we are going to talk about Anne Koppe who is the devoted fiancee of former multi-millionaire stockbroker Jordan Belfort.

The woman is also a major driving force in Jordan’s drastically changed life who was once merely known for his outrageous party lifestyle.

Some online sources report the two also got married. Let’s trace out all the hidden details on her professional and personal life.

Anne Koppe is a California Native: Her Early Details

Koppe was born in Greenbrae, California, in the United States. Anne grew up in Greenbrae with her family. She is the daughter of Bruce Koppe and Helen Koppe. Besides, her nationality is American, and is a Caucasian as per her ethnicity.

Attended the University of San Diego

As for her education, Anne attended Marin Catholic High School. Upon her graduation, Jordan Belfort’s girlfriend enrolled at the University of San Diego to study political science.

Anne Koppe and Jordan Belfort’s love story since 2008: Are They Married?

She has been in a committed relationship with Jordan Belfort for a long time now. The two began dating back in 2008 and are still together staunchly supporting each other.

The blessed couple already got engaged. According to some tabloids, Koppe and Jordan also tied the knot. They both have shared a number of posts celebrating their anniversary.

On 28th May 2019, Belfort shared a photo in honor of their anniversary and wrote,

“Happy Anniversary to the irresistibly gorgeous woman who changed my life. 11 years and they keep getting better! I love you!”

Judging by the post, they exchanged their vows on 28th May 2008. Furthermore, Jordan also mentioned Anne as his “beautiful wife” in another snap uploaded on 15th December 2018.

It seems they are indeed married but due to the lack of official confirmations, it is hard to say if are they surely living a life as a husband and wife.

Despite Jordan’s series of defrauding allegations, Koppe still maintains a healthy relationship with her partner. She often shares a post on her social media expressing her great sympathy for Belfort’s non-stop hard work and struggle.

Koppe once wrote a lengthy emotional Facebook message talking about her man’s journey after his delayed honesty.

Can you imagine going through every day being labeled a fraudster, a disgraced swindler, a convicted criminal, a notorious scammer? The list goes on and on, and all this over something that happened over 20 years ago. A mistake made, that let’s face it, was going on just about everywhere on Wall Street, in a juvenile time in your life where instant gratification seemed more important than delayed honest wealth.

They both are currently worked for Jordan’s Global Motivation Inc. She also frequently appears with her man on his several motivational campaigns across the world.

As per Courier-Mail, the duo currently resides in their rental apartment in Brisbane.

Koppe has a son named Bowen Boullianne, from her past affair. Bowen has a close relationship with his step-father Jordan whom he also considers as his role model.

He made a move from Los Angeles to Australia to study Business at Bond University on the Gold Coast. He told DailyMail Australia about how he decided to pursue a degree in business and his step-father’s initial role in the commitment.

Growing up around my stepfather I saw what it was like to be an entrepreneur at the highest level. It totally resonated with me. So getting a degree in business was the first obvious step.

In 2019, Boullianne accomplished his graduation from college. Jordan also celebrated his stepson’s finest achievement by posting a beautiful photo on Insta.

However, the information about his biological dad is still not known.

Belfort married twice: His Relationship with his Wives

Anne Koppe’s s life partner Jordan first married Denise Lombardo. The two first came across when he was a meat seller while his then future-wife Denise was working at a haircutting shop.

They subsequently started dating and tied the knot in the 80s. However, their matrimonial relationship didn’t last long and they divorced in the late 1990s. He paid millions of dollars as a divorce settlement and also paid his wife $50,000 as a month for some time.

He Has Two Children With His Second Wife

Jordan Belfort married Nadine Carid for the second time in 1991. Their wedding ceremony took place in the Caribbean. The two also share two children. They welcomed their first child, a girl, Chandler Belfort, on 19th July 1993.  She attended New York University and graduated with a degree in psychology in May 2019.

Their second kid, a son, Carter James Belfort was born on 15th August 1995. He is a Los Angeles Film School graduate. He currently serves as the vice-president of Brand Development at his father Jordan Belfort’s business Global Motivation Inc.

Despite having a beautiful family, their relationship started falling apart due to Jordan’s drug addiction. Their divorce was finalized in 1998. Sources suggest they are on good terms now and share the joint custody of their kids.

Nonetheless, the exact amount of her net worth is yet to disclose. On the other side, her boyfriend-turned-fiancee Jordan has -$100 million net worth, as per Celebrity Net Worth as of 2021. Both of them are working hard to cover Belfort’s debt.

All About Jordan Belfort Wife & His Unsuccessful Marital Relationships

Where is Tinglan Hong Now? All About Huge Grant’s Girlfriend