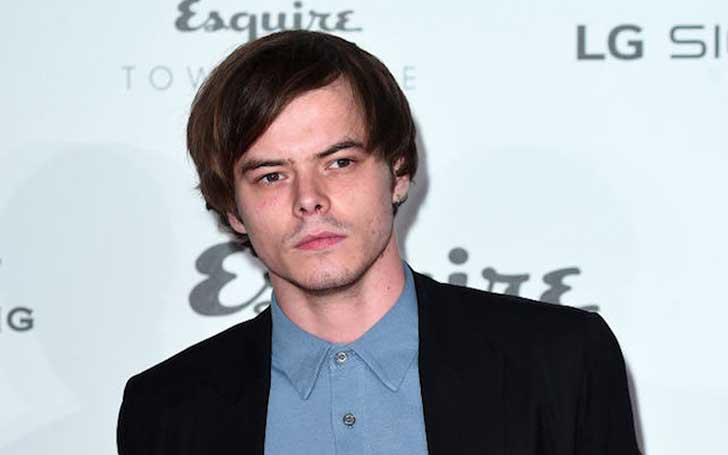 Archie Heaton is the son of Charlie Heaton. His father rose to stardom after he grabbed the role of Jonathan in the Netflix original series, Stranger Things. Before Charlie made his name as an actor, he gained fame as a musician. The English actor and musician have millions of fans across the globe and his fans and we all know how much fans scrutinize their favorite star’s private life.

No matter how secretive celebrities are, their die-hard fans always know the nitty-gritty of them. And the same is the case with Charlie Heaton who had been raising his son, Archie Heaton out of the public eye. There certainly were a few people who knew about his fatherhood. However, the majority of Charlie’s fans were unaware of the fact until before 2017.

Ever since his fans learned about his son, Archie, they have been curious to know about the baby’s mother. So, who is Archie’s mother indeed? Let’s try to find it out down below.

Archie Heaton is of Mixed Ethnicity-Who is His Mother?

Archie Heaton was born on May 19, 2014, to father Charlie Heaton. While talking about Archie’s biological mother, it’s none other than Charlie’s former fellow band member Akiko Matsuura.

His mother Akiko is a Japanese-born drummer who currently resides in London, United Kingdom. Archie thus belongs to the mix of Caucasian and Japanese ethnicity. He is 8 years old as of 2022.

Charlie and Matsuura both had been mum about their baby boy until 2017, when a couple of British media, including The Sun, reported Charlie was a father of a son named Archie.

Meanwhile, the news broke just after Charlie was busted at the LA airport for carrying cocaine. Charlie was sent back to the UK after the incident.

Talking to The Sun, a source told Charlie was just 20 when he became a dad. The source also added both Charlie and Matsuura were teenagers when they met for the first time. They came across when they collaborated for the band Comanechi.

They soon became parents, however, they couldn’t keep their relationship going and separated shortly. Even though it’s been years since their breakup, the former girlfriend and boyfriend haven’t talked about their romance and the reason for their breakup.

Besides, despite their breakup, Charlie and Matsuura have maintained an amicable relationship for sake of their son. Currently, the Japanese-born musician is not known to be involved in any kind of romantic affair while Charlie is dating his long-time girlfriend, Natalia Dyer.

While Archie Heaton’s mother’s current relationship status is under the media radar, his father, Charlie’s romance is one of the most talked-about celebrity romances. Charlie and his fellow Stranger Things co-star Natalia Dyer have been dating for over five years. However, none of them has confirmed being in a relationship.

Many sources close to them have opened about their affair in the media over the years. One source revealed Charlie and Natalia started dating before the filming of the second season of Stranger Things started. The source told Elle,

“They’re definitely dating. They’ve been together since before season 2 began filming in October. They spend every waking minute together, on set and off.”

Well, the duo has been spotted walking together multiple times, however, they have never shown interest in addressing their romance rumor. Moreover, a couple of their social media status in the past also gave a hint about their relationship, however, they hesitated to admit it in the media.

Where Is Archie Heaton Now? Lives in London With His Mother

As of now, Archie Heaton who is eight years old lives with his mother Matsuura in London, England. The baby’s mom is a drummer and vocalist for the English band Pre.

While on the other hand, his dad, Charlie spends most of his time in Los Angeles, the USA due to his work commitments. Due to this reason, Charlie gets pretty little time to spend with his son.

When Charlie Heaton started gaining popularity for his role in Stranger Things, many of his fans started noticing his resemblance with the former One-D member Harry Styles. Following the premiere of the second season, fans spent lots of time identifying its casts’ celebrity doppelgängers.

Many of his fans took to social media saying Charlie resembles Harry Styles. Meanwhile, some of them even wrote Charlie looks like the “love child” between Harry and Dwight Schrute from The Office. However, we want to assure you that Charlie and Harry have nothing in common.

Archie’s Dad Is A Wealthy Actor

As we said earlier that his dad Charlie Heaton has already built quite a successful career in the entertainment world. So, talking about his fortune, the actor has a net worth of $4 million. Further, Heaton earns $250k per episode.