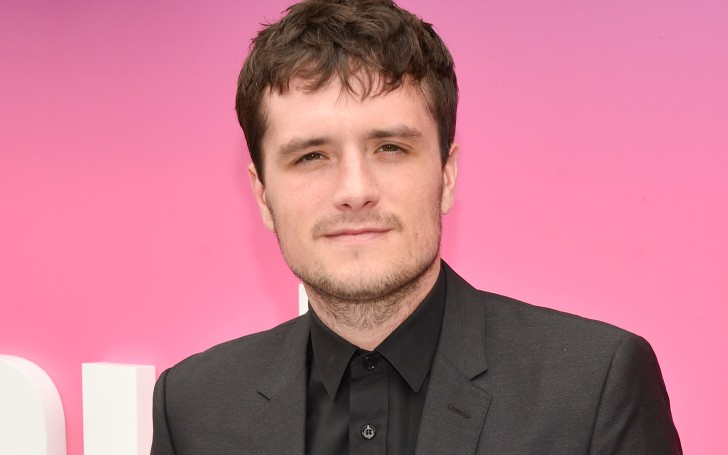 There are celebrities who openly talk about their dating life, and then there is Josh Hutcherson. Though the actor is in a blissful relationship with girlfriend Claudia Traisac, he generally refrains from speaking on it.

The lovebirds have been in a relationship for several years now and it is natural to ask about their marriage. What’s more, there were even rumors regarding engagement.

Let’s dive in and find out Josh’s dating life and rumors of engagement and marriage.

The Hunger Games star and Claudia have been officially dating since 2015, (unofficially since 2013). In the entertainment world, it’s rare a romance lasts this long and once it lasts, the wedding bells aren’t too far.

Similarly, Joshua’s die-hard fans are eager to see their favorite star turn his girlfriend into his wife.

Questions regarding Josh and Claudia’s plan to marry have been going on for some time now, however, both of them are yet to speak up on the matter.

Here’s hoping, the 27-year-old star walks down the aisle soon, rather than later.

How did Josh and Claudia’ Relationship Began?

On paper, the pair became official in 2015, however, their love story was, in reality, going behind the screen since 2013. The duo initially met while filming for Escobar: Paradise Lost.

In the movie, Josh and Claudia play each other love interest in the movie, and surprisingly, their love transcended beyond sets.

Meanwhile, they were even spotted kissing during a casual stroll in Los Angeles in 2013. At the time, she even wore her beau’s flannel shirt as they dined at Mendocino Farms.

Josh never confessed publicly about his lovey-dovey, nevertheless, he kinda confirmed it in an interview with Glamour.

When asked about dating co-stars, Josh said, “As far as I’m concerned, you’re both actors, you understand each other’s lifestyle, so it’s a very natural thing to have happen.”

Confirmed their Romance in 2015: Two Years after Secretly Dating

It was in 2015 when Josh somehow put the last nail in the coffin and put their dating rumors to rest, with a positive note.

During the premiere of Paradise Lost, he gushed about his relationship with Claudia to E! Online,

“It’s pretty good. Distance is hard, but we make it work,” he said.

In addition, his girlfriend, Claudia too had something to say for herself. She stated, “I’m really happy. It’s really great.”

Many of you might already be aware of this Spaniard beauty, but for those who don’t, we’re going to tell you about her.

Rumors of Split between Josh and Claudia: They are still Together

As we mentioned earlier, Josh doesn’t like sharing a whole lot about his personal life. If you take a look at his social media handles, then surely at one glance you’ll also think that they’ve broken up.

The last photo Josh shared of his partner was in January 2018 which further fuels the speculation.

But before you come up with any vague conclusion, let us clear the air that Josh and Claudia are still very much dating.

Just recently in May 2020, the lovebirds had a fun-filled bicycle ride in Los Angeles amid Coronavirus lockdown. Both of them looked relaxed as they donned plain clothing.

It looks like the duo is staying together during this whole quarantining session.

Prior to his current affair, Josh had numerous linkups. His first relationship rumor came in 2008 when he went reportedly went out with Victoria Justice.

If rumors are to be believed, the teenage couple dated for a year before separating in 2009.

Josh has a thing for his co-stars and not only Claudia but he apparently had good chemistry with his other co-stars as well.

During the filming of Journey 2, he reportedly had short-fling with actress, Vanessa Hudgens. The co-stars played as one another’s romantic interest.

Nonetheless, Vanessa outright denied the dating claims, however, Josh had something else to say. He mentioned at the time,

“Oh, boy. I don’t know if ‘dating’ is the right word. She’s awesome. We love being together. When I first met her, we really hit it off. We could be goofy and silly and not worry about anything except having fun. I adore her.”

Vanessa was most recently in a relationship with Austin Butler. They dated for over 10-years and called it quits in early 2020.

Josh also had a short-term fling with AnnaSophia Robb. It was never confirmed, though. Moreover, he was also falsely linked with Sophia Bush by Star magazine.

There were also rumors that he dated Lily Collins but it turned out false as well.