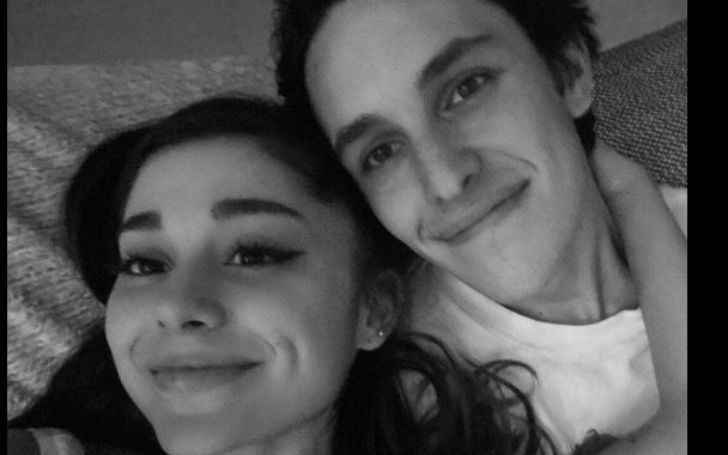 Dalton Gomez is a top-tier luxury real estate agent from Los Angeles, California. People better recognize him as the husband of the Love Me Harder singer and actress, Ariana Grande.

The Golden State native is one of the most sought-after realtors for his deep knowledge in the fields of elite architecture and premium properties; many of his clients have labeled him a true superstar in his profession. Grande’s husband also holds one of the largest Rolodexes of A-list buyers. Nonetheless, people close to Ariana and Gomez have defined the latter as a low-key man who doesn’t like attention and simply isn’t impressed by celebrities. Gomez and Ariana largely remained private throughout their relationship. It was only after their wedding that the couple started sharing about their love.

Read an exhaustive recounting of how the relationship started between Dalton and Ariana; from their first public appearance all the way up to their wedding. Along the way also take a look at Gomez’s wiki; his early life, family, siblings, career, & even his net worth.

Dalton Gomez Family; Has A Sister And A Brother

Gomez is the middle of three children. Dalton has an older brother named Dakota Gomez and a younger sister named Tori Gomez. His brother, Dakota is a tattoo artist and he is also the one who tattooed all of Dalton’s inks.

Grande follows both of Gomez’s siblings.

The allegedly six-foot-one or something inches tall, Dalton Gomez, who was born on Aug 7, 1995, is a native of Southern California. Gomez, who studied at Citrus Valley High School, Redlands, grew up with his family in the east of Los Angeles in the county of San Bernardino.

As mentioned above, Gomez is quite a high-profile real estate agent who has been in the line for more than seven years. He especially serves within the Luxury Real Estate Market and is the director of the Estates Division for Aaron Kirkman Group, a real estate agency in Beverly Hills, California

In the initial days of his Aaron Kirkman Group, for the first three years, Gomez worked as the director of operations. During those years, Dalton ran all day-to-day operations for one of the elite luxury estate teams in LA.

With Kirman, Dalton also speaks for the only Oscar Niemeyer House in North America. He additionally represents works by reputed architects including Rupolph Schindler, John Lautner, A. Quincy Jones, and others. He also helped his wife, Ariana find her current house in Los Angeles; though at the time they weren’t dating.

Before, real estate, Grande’s husband, Gomez who celebrates his birthday on Aug 7, used to be a dancer.

While it is a bit unclear when exactly Grande and Gomez started dating, the media and some people first saw them together in mid-Feb 2020. That month, the internet got viral footage that showed Grande and Gomez making out at Bar Louie in Northridge California.

Though some suggest, that the Boca Raton-born Grammy winner and the luxury properties dealer commenced their relationship as early as January 2020 or late 2019. The media, however, first had the opportunity to notice them together only in Feb 2020.

In the beginning, the Billboard Music Awards winner and the east LA native kept their relationship ridiculously private.

Then in late March 2020, TMZ reported the multiple Guinness World Records holder was kissing a guy on Valentine’s Day. The man later turned out to be Gomez and by that point, the Bang Bang singer and he apparently had been dating for several months.

Later the confirmations also came from People and E! E! back then reported Gomez and Grande had the same circle of friends and that at the time the former used to be a dancer. The Wrecking Ball singer Miley Cyrus is one of the mutual friends of Dalton and Ariana.

They allegedly also met through Cyrus; Gomez is apparently friends with many celebrities.

Grande reportedly fell for Gomez for his nerdy and hardworking nature. He reportedly is also super chill in their relationship.

Early reports suggest Gomez and the Problem singer’s relationship strengthened during the time they spent together amidst the California lockdown in the wake of the global pandemic 2020.

The MTV winner first sort of officially announced her relationship with Gomez on May 8, 2020. Grande confirmed it through her and Justin Bieber’s quarantine music video Stuck With U. At the final minute of the video, the two could be seen dancing and showing PDA. It was Ariana’s first public acknowledgment.

By that time, they reportedly had been dating for several months. Later that same month, Ariana also gave a shoutout to her then-alleged boyfriend on her Instagram.

Before Grande announced her boyfriend, Dalton on her Instagram, the San Bernardino native had his own Insta made available for the public to see.

Though after his and the Break Free singer’s relationship was out in the open, Gomez turned his Instagram account to private mode. Grande on her Insta handle later revealed she mostly decided to not talk about her and Gomez’s relationship to protect him and her privacy.

Dalton Gomez Proposed To Ariana During The Holiday Season 2020

The now 26-year-old Dalton apparently asked Grande to marry him some days before Christmas in 2020. Gomez gave the Bang Bang singer a pearl and diamond engagement ring and a platinum diamond wedding band for the proposal.

Grande shared the news of her engagement with her fans on Dec 20 2020 via sharing a rare picture of them together whilst showing off the diamond and pearl ring that Gomez gave her.

The engagement happened roughly 10 months after the couple was noticed for the first time in Feb 2020.

The house seller Gomez and the multiple Grammy winner, Grande married in the latter’s Montecito house on May 15, 2021. It was a weekend celebration although mostly kept private. Grande first shared her wedding pictures on May 26, 2021.

After the wedding, the couple headed to Amsterdam for their honeymoon in July 2021. Gomez and his wife Grande are yet to share the whole detail of their wedding.

While not confirmed by the singer herself, it is presumed Grande has mentioned her realtor husband several times on her sixth studio album, Positions. The 29-year-old songstress has given nods to Gomez throughout the musical collection.

The couple also has matching tattoos, loml which apparently stands for love of my life. Gomez has also appeared in a promotional video for Rain On Me (Grande’s collab with the Poker Face singer Lady Gaga). Dalton was Ariana’s next boyfriend after her breakup with Saturday Night Live star, Pete Davidson.

Previously, Ariana was in a relationship with the late rapper, Mac Miller.

The Comparison Of Dalton And Ariana’s Net Worth

While Grande is extraordinarily rich for her age; not even in her mid-20s and the singer already had a massive net worth of over $200 million, the coequal estimate seems a bit too far-fetched for her husband of over a year, Dalton Gomez.

Although he might be a guy who deals with properties from tens of millions to hundreds of millions of dollars, it may be quite early to put the property solicitor under the same league as his wife who is often praised for accumulating a nine-figure fortune at such a young age. Though multiple reports do agree that Dalton having been an A-list realtor, himself has a net worth of no less than $20 million. This although pales in comparison to his wife’s wealth but is exceedingly enough to put him in the bracket of a millionaire salesman on his own.

That shouldn’t come as surprise considering Gomez has been working for years with celebrities-Esque buyers in addition to selling multi-million dollar homes.