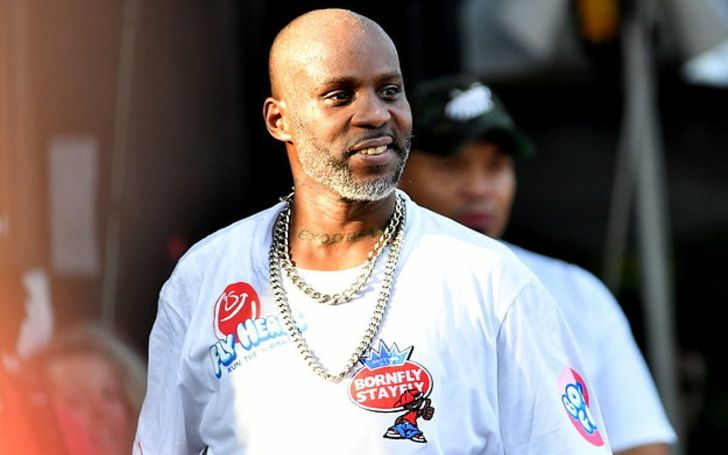 Arnett Simmons came to the limelight as the mother of the late American rapper and actor DMX. Her son was the first artist to debut an album at No.1 five times in a row on the Billboard 200 charts. Similarly, even DMX’s debut album titled, It’s Dark and Hell Is Hot, got both critical acclaim and commercial success within its first week of release, by selling 251,000 copies.

Besides, Arnett was an absent mother during her famous son’s childhood. She is also believed to be an abusive mother. So, what kind of incident happened after the birth of DMX? Did that maltreatment hamper the rapper’s life?

You’ll know everything about Arnett after going through this article. In addition to that, here in this article, we have also included Arnett’s age, relationship status, whereabouts, and many more.

As per the sources information, Arnett Simmons was born in 1951, in the USA. So as of 2023, Arnett is 72 years old. Although her exact date of birth is not known, it is widely said that she was 19 years old when her son DMX was born.

Hence, subtracting her son’s date of birth ( December 18, 1970) from 19 becomes 1951. Furthermore, Arnett was brought up in an Afro-American community, and as for her nationality, she is an American.

However, not much information is given when it comes to her background including her parents’ identity, siblings, or any other relatives. She is just known as a celebrity mother and is a very private individual.

Arnett Simmons was married in her mid-teen to her ex-husband Joe Barker. Her husband was an artist, a watercolor painter who sold his painting at local fairs. The couple welcomed their son Earl Simmons (aka DMX) when Arnett was 19 years old and her hubby 18.

But, he wasn’t the first child of Arnett, in fact, two years prior to DMX’s birth, she gave birth to her daughter Bonita. Six years after DMX’s birth, in 1976 Arnett welcomed her third child, a daughter, Shayla.

Unfortunately, after the birth of the third child, Arnett suffered from two simultaneous miscarriages. A few years later, her husband Barker moved to Philadelphia and left the family for good, becoming an absentee father to his three kids.

When Arnett’s son was still a child, he faced bronchial asthma, which is believed that DMX inherited from his father. Many nights, he had difficulty breathing and was taken to the emergency room a number of times. He would then end up staying in the hospital for weeks.

Due to insufficient money, her son had to sleep on the floor with mice and roaches crawling over him at the night. At the age of seven, his aunt got him drunk on vodka.

On the other hand, he once had a car accident. That day, he was playing by himself in the streets and found a dime. He then went to buy things like a lollipop and a superball. In order to buy he had to cross a road which was a big issue for a kid of his age. Nothing happened until he crossed the roads, but on his way back, he was knocked down by a drunk man’s car. Then people started gathering around and started screaming.

Thankfully, it wasn’t a serious injury, and Arnett’s son got better within a few weeks. At the same time, he was also raised as a Jehovah’s Witness and wasn’t allowed to play outside. At that moment, DMX became extremely critical of the faith.

Arnett Simmons was An Abusive Mother

In addition to DMX’s bronchial asthma, he went through an even more miserable situation. His mom Arnett started beating her son, and even her boyfriends used to physically assault him. Earl even lost his teeth and received numerous bruises, and cuts on his face, after being beaten by them.

Arnett relocated to the School Street Projects in Yonkers, New York, alongside her kids. Her son DMX was just 5 by then. A year later, when Earl erased something from her notebook, she knocked out two of his teeth with a broom.

When he was 10 years old, he was sent to the Julia Dyckman Andrus Children’s Home. However, it turned out, Arnett tricked him by telling him they were just visiting the establishment. Eventually, he couldn’t endure his mom’s abuse, and at the age of 14, he began living on the streets of Yonkers.

Soon enough Arnett found her son sleeping in Salvation Army clothing bins and she once again sent him to the group home.

Arnett’s son DMX first talked about the estranged relationship he had with his mom during his last interview, which aired on May 16, 2021, on TV One. Similarly, he also got emotional when he started talking about his mother.

During his final interview, he sat down with the producers of the cable channel’s famous Uncensored series for an all-encompassing interview. Then, at one moment, the 2001 Grammy Awards winner started talking about his mom.

Similarly, he revealed the reunion of the mother-son duo after years of estrangement. Arnett and her son DMX mended their relationship in 2012, on the VH1 reality television show “Couples Therapy” in 2012.

The rapper has explained everything in the below-mentioned video. Let’s watch it!

Unfortunately, in April 2021, Earl lost his life to a Cocaine overdose-induced heart attack. Her son began taking drugs at the young age of 14. DMX even tried going to rehabilitation facilities many times but was unable to win his battle against addiction.

A week prior to his death, on April 2, 2021, he was rushed to the following a heart attack at his home. Weeks passed by at the hospital, but there weren’t any improvements in DMX’s health. Nevertheless, Arnett’s son started losing functionality in multiple essential organs. Sadly, the rapper died on April 9, 2021.

Arnett Simmons Is Grandmother To 15 of her son’s Children

Before Arnett’s son died, he was in a relationship with 11 different women, and also fathered 15 kids. Firstly, DMX walked down the aisle with his childhood friend Tashera Simmons and shared four children. The ex-couple first became parents to their child, a son Xavier in 1992. Then they welcomed their three other kids, Tacoma Simmons (b. 1999), Sean (b. 2002), and Praise Mary Ella Simmons (b. 2005).

Likewise, the rapper was in an extramarital affair during his marriage to Tashera, and some of them shared kids with him. In 2002, Earl and his ex-partner Patricia Trejo shared a daughter named Sasha. Besides, he also fathered two kids Z’riyah and Emmanuel with his ex-girlfriend Yadira Borrego.

He has a daughter named Sonovah Jr., from his relationship with Sonovah Hillman Sr. His other daughter is Jada Oden-Simmons.

His other children are Aaliyah from his relationship with the late singer Aaliyah, Michelle Walton-Simmons with Shikoya Walton, and Javon Wayne-Simmons with his girlfriend Monique Wayne.

Where Is Arnett Simmons Nowadays?

Arnett Simmons hasn’t shared where she is currently residing in the media. But, her last publicly known location was in Asheville, North Carolina, where she made her appearance at the headquarters of an online media named Cheat Sheet.

Unfortunately, after that none of the media has a connection with the late rapper’s mom. Besides, after looking at several speculations, it is safe to say that, she is still living in the United States.