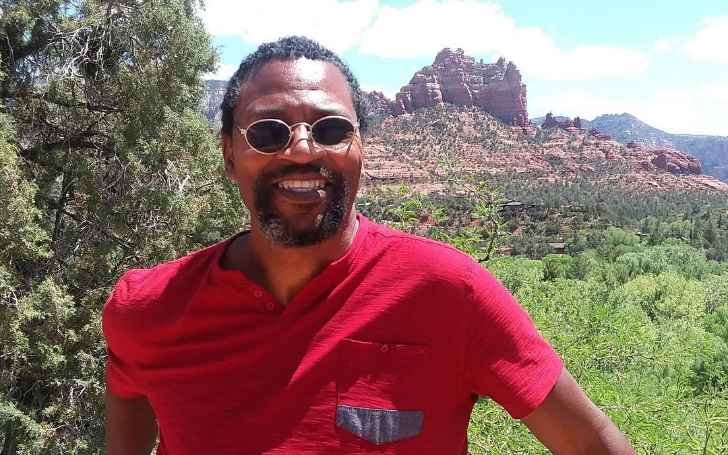 Arnold Byrd is a former Seargent in U.S. Marines who rose to prominence as the husband of an American actress, singer, comedian, and activist Jenifer Lewis. His wife, Jenifer (aka Jenifer Jeanette Lewis) is well-known for her role in Poetic Justice, The Preacher’s Wife, The Brothers, and others.

Being a celebrity spouse, Byrd has made a handful of appearances on the media alongside his actress wife, Jenifer. The duo together shares an adopted daughter who is also an actress by profession. But apart from this, he has always been out of the limelight. Thus, very little about his life has made it into the media.

So, if you are curious to know the personal details of Jenifer Lewis’ husband Arnold Byrd, we are here to help. In this article, we will let you know some unexplored facts about Arnold Byrd along with his early life, wiki, family, net worth, and his marriage to an actress.

Arnold Byrd Is A Former Seargent In The US Marine: More On His Profession

After completing his master’s, in the year 1998, Arnold started his professional career as a Site Project Manager in California where he worked for 2 years and 6 months. Further, he shifted to GE Transportation as a technical director in April 2001. His tenure in this company was about 1 year and 11 months.

After that, in the year 2003, he joined the United States Marine Forces Reserve as a Future Operations Chief and was there as an employee for 2 years and 1 month. Then, he landed as a Maintenance and Repair Superintendent in APL, one of the world’s leading ocean carriers. Likewise, he also worked for Eagle Marine Services as Marine Superintendent.

Currently, he is in Fenix Marine Service as an Operation Manager and has been working here since 2018. Additionally, he has already been a Container Yard Superintendent for more than 3 years in Terminal Island, CA.

Arnold Byrd is Married To An Actress-Wife Jenifer Lewis

In the year 2012, Byrd got married to actress Jenifer Lewis. The couple dated for a few years before getting married. Though there is no information on their first meeting, the two have been very much into each other from the start. Moreover, the husband and wife are together for over a decade and are living happily with each other.

About their love life, Byrd’s spouse Jenifer once told News4usonline that she feels great and happy to be his wife. She, on her better half, stated

“I am so in love and so happy, “He’s tall, dark and handsome. He’s intelligent. He’s the father of three children. So he has lived. He has a life and he doesn’t have to borrow mine. I found myself a grown man-a grown man who was looking for an adult relationship. I am one of the most fortunate women in the world.”

Hence, we can say that both the couple enjoys each other company and are in blissful married life.

Jenifer Lewis was born on the 25th of January, 1957 in Missouri, the US as the youngest child of her parents. From a very early age, she dreamt of being a performer. Thus to follow her dream, she reached New York and made her professional debut in the year 1979 as a singer in Broadway Musicals. But, as time passed, she got a break as an actress.

She firstly appeared in the 1988 movie Beach. After that, she did several movies and TV series like Sister Act, What’s Love Got to Do With It, Dirty Laundry, Murphy Brown, and many more. Moreover, for her roles in matriarchial film, she is also known as “The Mother of Black Hollywood”.

In her memoir, The Mother of Black Hollywood, Bryd’s spouse talked about her personal journey where she opened up about her struggle with her undiagnosed mental health issues in her 20s. She detailed how she used sex and alcohol as a coping mechanism for her messed mental health.

Regarding her mental illness, an actress wrote,

As time passes, her health started becoming worse, and she sought a therapist who diagnosed her mental illness with Bipolar Disorder and helped her to deal with her sex addiction. Lewis started taking medication which she refused initially thinking that it turns her into Zombie.

But eventually, she agreed with her therapist named Rachel, and slowly started feeling better. In this regard, she further said,

My responses were no longer as extreme. No matter what big issue or catastrophe loomed, I could say, “bring it” and move forward. I was better able to listen and be present and aware of the world around me,’

Currently, Byrd’s wifey is in a good mental state and is happy in her life. Having gone through such a critical mental illness made her more compassionate toward others with the identical disease. Today, she does not hesitate to help people suffering from Bipolar Disorder and is open to addressing mental health problems.

Arnold Byrds’ Children: He Has An Adoptive Daughter With His Wife

Together with his wife Jennifer, Arnold does not share any biological child. But Byrd along with his famous wife has adopted a daughter named Charmaine Lewis. At the time when they adopt Charmaine, she was just a seven years old girl whom Jennifer met at the Big Brothers/Big Sisters program in LA.

But today, Charmaine is also known as an actress and has already acted in the 2015 movie Strange Blood and Instagram is a Liar.

His 3 children Prior To His Relationship With Jennifer

Byrd seems to have 2 sons and a daughter from his previous relationship. Yet the name of all his children is unknown (his one son’s name is AJ), he has shared their photos on his Instagram captioning, ‘My Baby Girl all grown up, My eldest son, and Happy for my son all the way in PA!”.

In this regard, his current wife also mentioned him being the father of three children when she met her.

Talking on his social media handles, a celebrity husband is on Instagram under the username @oohrahbyrd115 with 50 followers and 53 posts in total. He was active on his Insta account till September 2021 and since then he hasn’t shared anything.

On the other hand, his popular wife, Jennifer Lewis is much active on Instagram under the username @jeniferlewisforreal with 1.2 million followers.

Throughout his life, Arnold has been making money. He still works as an Operation manager so is obvious to say that he has earned more amount from his profession. As per some sources, he has a net worth of $1 million.

On the other hand, his spouse has an estimated worth of $2 million as of 2022.


Regarding his early life, we don’t have any details on Arnold’s early childhood and his exact date of birth. However, as per some sources, Jennifer’s husband is in his 60s. He grew up in his hometown along with his sister whose name is unknown.

Talking about his education, he completed his BASc in public administration from California State University in 1982. For further study, he joined the University of Phoenix in the year 1995 & achieved his MA (Master of Arts) degree in Non-profit/Public/Organizational management in 1996.