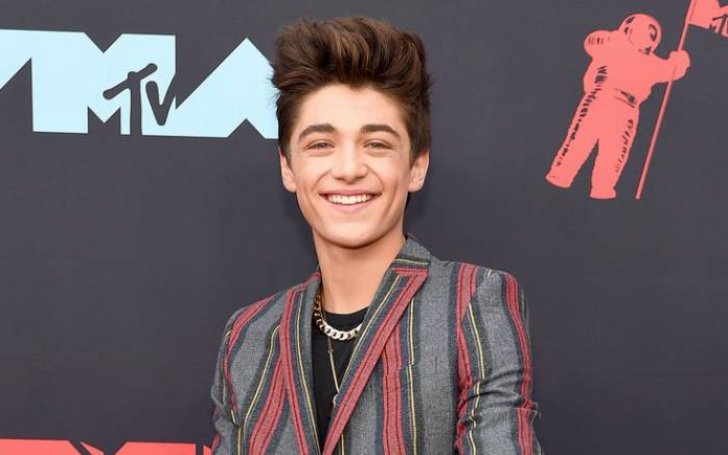 Asher Angel is an American actor whose fame skyrocketed ever since appearing in the movie, Shazam. Apart from movies and shows, he is also an accomplished singer.

The actor has many more upcoming projects in music and movies. Since 2019, the cute actor is in a delightful relationship with actress and singer Annie Leblanc.

In addition, Asher Angel’ family is proud of him and his siblings look up to him.

Asher is the oldest son of Coco and Jody. Growing up, his mother Coco always knew Asher will become a big star in the future. When Asher and Coco went to watch their first show together at Desert Stages Theatre in Scottsdale, he was immediately attracted to the art of acting. 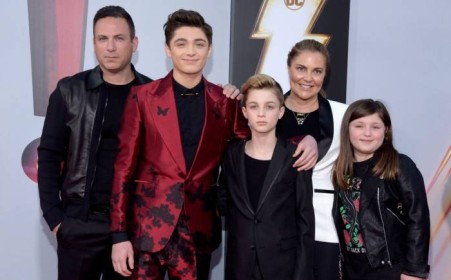 After Asher got the part in Andi Mack, his whole family decided to move along with him. The shooting for the first season took place in Utah. His family who was living in Arizona then decided to move to Utah.

Initially, his siblings Avi and London had some difficulties due to the fact that they alternated between each semester from Arizona to Utah. But it was all worth it as Asher became a big star.

The Angel family is devout Jewish. When Asher was beginning to fetch roles, he suddenly became quite busy due to his professional life. At one point in time, he might even think about delaying it a bit further.

It was his mom Coco who urged him to do it before he regrets it later on. In an interview with Arizona Jewish Life, she said, “I told him that every single person on both sides of the family has done this. Do you really think that you’re not going to do it? I’m going to leave it up to you – but I feel in 10 or 15 years that you are going to be upset [if you don’t do it].”

Thankfully, in 2015, Asher became a bar mitzvah, though the ceremony wasn’t an extravagant affair. It was held at Angel’s residence in Paradise Valley.

Asher’s Siblings Following in his Footsteps: Brother Wants to be a Runaway Model

As Apple doesn’t fall far from the tree, Asher’s younger sibling Avi is already showing signs of a future star. His mother Coco mentioned Avi is quite into fashion and wants to become a model.

Avi is clear about his goals and wants to do a ramp walk someday in New York. Coco says Avi and Asher share no resemblance as both of them are different both in ‘looks and aspirations.’ And just like Coco and Jody supported Asher, Avi will soon get the same treatment but once Asher is settled for good.

On the contrary, the youngest of the brood, London isn’t into acting or modeling at the moment. To put it plainly, she is still a kid and loves being one.

Asher Angel First Audition: His Mother took him to Auditions

Asher’s mom, Coco used to tag along, whenever his agency, Osbrink Talent would call for an audition. At the age of 12, he auditioned for, what would become his best-known role till now, Andi Mack. After the four-stage audition, he and his mother were returning back to Arizona when his father called him and said he got the role.

Growing-up the 17-year-old was so adamant about becoming an actor that he asked his mother at a mere of 5 if he could go to LA. And Coco being a responsible and doting mother said she’ll take him there if he does 30 local shows.

Before bagging the big role in Shazam, Asher had already worked on various projects. It’s a little overwhelming to hear he worked in stage plays like “Little Mermaid,” “Seussical,” “Mary Poppins,” “Into the Woods” all before the age of 10.

Subsequently, Asher also took a keen interest in singing and used to play guitars from early on. Up until now, he has six songs in his belt including Chemistry and One Thought Away.

What is Asher Angel Net Worth?

Since confirmation, the former flames became famous among their fans for sharing cute PDA pictures on Instagram. It wouldn’t be an understatement to say they were one of the cutest couples around. 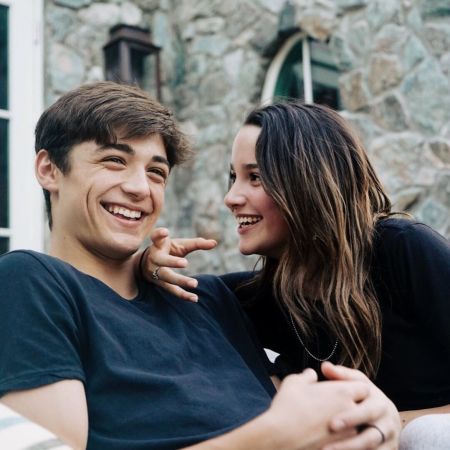 Asher and Annie Break-UP: Why did they Break-UP?

Sadly, the adorable couple called it quits on 14th May 2020. News of their break-up came when Annie added a story in which she revealed about the end of their affair.

Similarly, Asher also shared a cryptic picture of himself on his social media handle. His caption clearly indicated that he and Annie have definitely called off their relationship.

He wrote, “You know you really love someone when you can’t hate them for breaking your heart 💔”

Although they didn’t disclose the reason behind their break-up, fans are suggesting it is due to Asher’s controlling mother. Fans have gone as far as to say that the cryptic picture Asher shared is shared by his mom.

And since their break-up, Asher has been losing followers on Instagram, partly because his mom called out Annie after their unfortunate break-up.

Prior to dating Annie, the actor got into several link-ups with celebrities. His first rumored relationship came with Jenna Ortega. Speculation about their affair came to be when they attended the Venom movie premiere together.

For more celebrity entertainment and biography, make sure to follow Celeb Suburb!!!

Who is Asher Angel Girlfriend after Break-up with Annie LeBlanc?