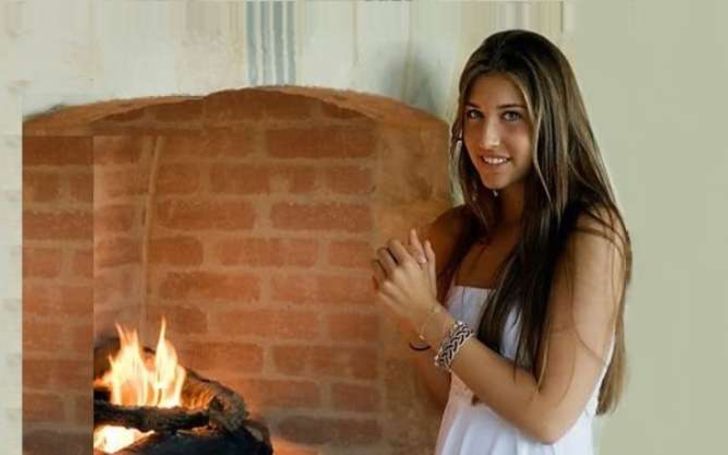 Ashley Jade Stern is the daughter of popular radio and TV personality Howard Stern and actress Alison Berns. Despite being born in an elite family, Ashley had to go through her share of misfortunes.

From having to see her parents divorce at an early age, to gaining a presence in the media as a celebrity kid, we are going to discuss Ashley’s life in further detail.

Read on to know if she is married or dating. Also, the facts about her career, siblings, parents, and a lot more.

Ashley Jade Stern is the Daughter of Howard Stern

Ashley Jade Stern is the youngest daughter of The Howard Stern Show host Howard Stern and actress Alison Berns. She was born on January 24, 1993, in Old Westbury, Long Island, New York, almost after 15 years of their parent’s marriage.

As the youngest kid in the family, Ashley has two older siblings, Deborah Jennifer Stern, and Emily Beth Stern.

Her Parents are Successful Public Figure

Ashley was born almost 15 years after her father and mother Howard and Alison’s marriage. However, she did not have the fate to enjoy her parent’s company for long as they divorced.

Well, less than 10 years of her birth in the family, Ashley’s parents separated, finalizing their divorce in 2001.

Initially, Ashely’s parents met for the first time as students at Boston University. They became close during a college project wherein Howard was assigned to shoot a student film about Transcendental Meditation that also featured his now ex-wife Alison.

They married on June 4, 1978, at Temple Ohabei Shalom, in Brookline, Massachusetts, at the age of 24. As for a fact, after her parents divorce, her mom Alison went on to marry her second husband David Scott Simon.

She is Close to Her Step Mother

Following Ashley’s father’s divorce with Alison, he got married for the second time to American actress Beth Ostrosky Stern in 2008.

And it looks like Ashley shares a good relationship with her step-mother as well. She has been spotted together with Beth multiple times.

Moreover, her sisters share a similar bond with their stepmom.

Ashley Has Great Bonding With Her Sisters

Both her sisters are already married and like any other siblings, they all share a strong relationship. In fact, they are often seen together on different occasions and enjoy each other’s company.

Ashley Has Not Appeared in Any Films & TV shows

Unlike her father who has a huge prominence in the film and TV industry, Ashley has not appeared in any movies or TV shows.

Despite the accessibility to be in the glamour industry, she chooses to keep herself low profile.

Well, there are claims that she has appeared in films like When I Was Twelve, and About a Girl, but that is not true at all.

She is often confused with actress and singer Ashley Thewlis

Ashley Jade Stern is often confused with actress and singer Ashley Thewlis. The confusion is not in terms of physicality but their career.

Unlike popular belief, Ashley Thewlis is the actual cast of the 2001 film When I Was Twelve. Further, Thewlis has appeared in About a girl and is also the singer of several albums including a popular one Dreaming.

To be precise Ashley is not married yet. However, there are chances that she might have a boyfriend.

While the claims are yet to be verified, she was seen with a man in her sister Deborah’s wedding back in 2016 who is stated to be her boyfriend.

Having said that, the two have never been seen together which makes us a little skeptical about their relationship.