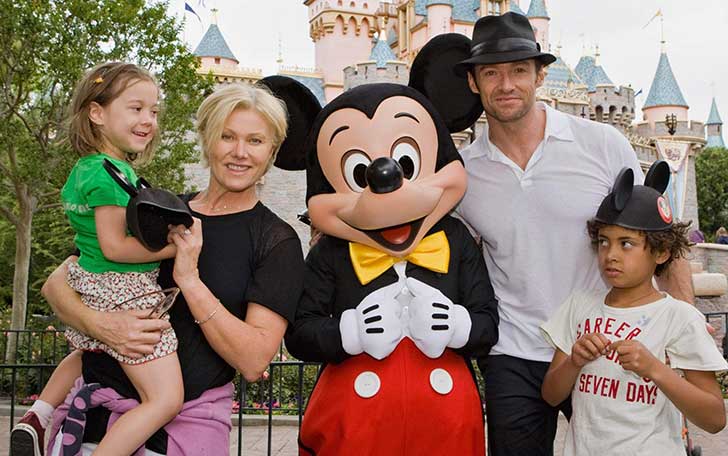 Ava Eliot Jackman is the daughter of famous Australian actor Hugh Jackman and his wife Deborra-Lee Furness. Both of Ava’s parents are very popular Hollywood actors; her father Hugh Jackman is known for his work in the movies like The Wolverine, Logan, and X-Men. On the other hand, her mother Deborra gained huge fame for films like Shame, Correli, and Standing Room Only.

If you are a big fan of Hugh Jackman or Deborra-Lee, you might be aware of the fact that Ava Eliot Jackman is the adopted daughter of the actors-duo. In fact, the lovebirds of over two decades decided to adopt kids after they suffered a couple of miscarriages.

In today’s episode, we’re talking in detail about Ava’s childhood, personal life, her relationship with her parents, siblings, and more.

Ava Eliot Jackman was Adopted as a Child

Actor Hugh Jackman and his wife Deborra-Lee adopted Ava as their second child. Born in the United States on July 10, 2005, the pair adopted the baby girl a couple of weeks later. Sources confirmed the actors were thrilled to welcome a new baby to their home.

Ava is 16 years old as of 2021 and she is an American by nationality. When it comes to her ethnicity, she is biracial. During a conversation with Oprah Winfrey in 2006, Hugh Jackman said he and his wife wanted to adopt biracial kids because “people wait 18 months to adopt a little blonde girl, while biracial children are turned away.”
There he revealed, his daughter is half Mexican and half German.

Besides, the X-Men star and his wife have not revealed the biological parents of their daughter Ava Eliot Jackman.

She Has an Older Brother

Ava Eliot Jackman is the second child of Hugh and Deborra Jackman. She has an older brother, Oscar Jackman. Oscar is five years older than her. Oscar was born on May 15, 2000, and the actors-duo adopted him shortly after. Oscar’s birth mother is Amber Sanders who allegedly slammed actor Hugh Jackman because he allegedly failed to update her with her son’s progress.

Oscar is also multi-ethnic as Ava. Jackman told Oprah that his first son Oscar is African-American, Caucasian, Hawaiian, and Cherokee.

Ava in Her High School

Though not much about Ava Eliot is public, we do know that she currently attends the high school. Meanwhile, her older brother Oscar graduated high school in 2019. During his conversation with People in April 2019, Jackman said that his son was about to leave high school while his daughter was about to enter high school. But unfortunately, Jackman didn’t reveal which school his children go to.

Her Parents Struggle with Miscarriage

As we mentioned above, Ava Eliot’s parents suffered from a couple of miscarriages in their first few years of conjugal life. The couple only reached the decision to adopt children after suffering two miscarriages, however, for the X-Men star, adoption was always on the table.

“Because of her age, we started [trying] straight away when we were together. We struggled, a couple of miscarriages, [in vitro fertilization] – it was not easy. It was difficult, obviously particularly on Deb.”

Jackman further recalled, “I remember saying to her, ‘We were always going to adopt – let’s just adopt now.”

Ava Eliot’s parents Hugh Jackman and Deborra-Lee’s relationship is arguably one of the successful relationships in Hollywood. The pair who have a significant age gap of 13 years have been married for over 25 years; they tied the knot on April 11, 1996.

Talking about their first meeting, the Australian actors first came across while they shared a screen on the 1995 Australian TV series, Corelli. “Deb, she was a big star, ” Hugh recalled his first meeting with Deborra to People‘s Jess Cagle. Jackman added,

“I get picked up, and Deb is in the front seat of the car. I’ll never forget. She took off her seatbelt, and she turned around and put out her hand and took off her sunglasses and said, ‘Hi, I’m Deborra-lee Furness, nice to meet you.’ I remember thinking, ‘I like this girl.'”

After nearly two months after their first interaction, Hugh invited around 20 people for dinner. Once alone, Hugh confessed his true feeling to Deborra.

The couple hit a stone soon into a relationship as Deborra-Lee started having second thoughts about it. However, in the end, Hugh’s charm won her over and she and Hugh started their relationship over. And as they say, the rest is history.

Ava’s Relationship with her Parents

We all know actors have a very hectic work schedule due to which they don’t get much time to spend with their partner and children. But do Hugh Jackman and Deborra get time for their teenage daughter Ava Eliot? How is Ava’s relationship with her parents?

Well, the case is almost similar with Mr. and Mrs. Jackman and their daughter, however, the Australian actors do their best to give time to their kids. Even though the actor and his wife don’t share their children’s photos on their socials, they have been snapped multiple times spending their quality time with their kids.

Back in September 2020, Ava Eliot Jackman was seen along with her father strolling their pet dogs. The father-daughter duo wore protective face-masks as they walked their two pet pooches in New York City.

Meanwhile, Ava is also pretty close to her mother, Deborra-Lee. The Australian actress talked about raising two multi-ethnic children back in 2020. Back then, she said a lot of her parenting skills were influenced by her mother while at the same time she said she was also aware that her kids have a different lineage.

Besides, Deborra also said that she had always told her children to embrace their heritage. The family of four traveled to Mexico so that their daughter Ava could embrace her root.

Where Does Ava Eliot Jackman Live? Her Multi-Millionaire Parents have a Number of Properties

Ava Eliot Jackman, the 16-year-old daughter of Hugh Jackman and Deborra-Lee Furness, currently lives with her parents in their The Hamptons house. Jackman and Furness also own a mansion in New York City which they purchased for a staggering $21 million.

They also have an ocean-front apartment in Bondi Beach which they bought in 2016 for $5.9million. Besides, the actors-duo also have a house in Sydney, Australia where they spend several months together every year.

Her father Hugh Jackman has a “huge” net worth of $180 million in 2021. On the other hand, Ava’s mother, Deborra also has a significant net worth of $50 million.