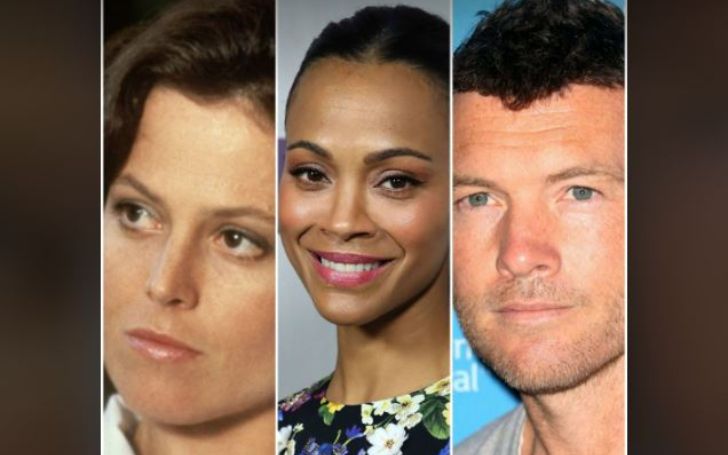 Avatar The Way Of Water, director James Cameron’s long-awaited sequel to the 2009 blockbuster movie, Avatar is finally releasing in the theaters on 16th December 2022. The next film in the series is arriving ten years after the first one’s release in 2009.

Avatar 2, a film that has long been in production, by many, is a guaranteed billion-dollar project. After all, the first movie is still the highest-grossing film of all time thanks to constant re-release on top of the big amount it made the first time of its release.

In total, Avatar has grossed a $2.9 billion mark, the first time a movie has ever achieved that feat. That said, its sequel has mountainous pressure and expectations to meet. But then again since the film comes from one of the finest directors that Hollywood has seen, Avatar 2 is more than likely to be a historic moment in global box office.

Since the subject of financial specifics is going on, the facts regarding how much the film’s casts received numerically might also be worth a look. So here lies a complete analysis and reports on who took home how much by being part of such a mega-franchise.

Sam Worthington Salary For Avatar: The Way of Water

Worthington who played the role of Jake Sully in the first movie is reprising his character in the upcoming sequel. However, the commitment from the actor didn’t come cheap to the filmmakers. The UK-born actor reportedly received around $10 million to play Jake for the second time. Add to that, Worthington purportedly is also getting a 5% share of the film’s profits.

Also, the 46-year-old is the only cast who gets to receive profits from the film’s box office success. This apparently is far higher than what Worthington reportedly received for the first movie. Although Sam’s salary for the first film is still a mystery, the New York Times once asserted it wasn’t enough for financial security. Worthington too in an interview said he needed to get steady work in films like Clash of the Titans because it was better than just waiting for the phone to ring.

Fun Fact: Director James Cameron originally offered the role of Jake Sully to Good Will Hunting actor Matt Damon in addition to ten percent of the film’s profits. Matt however couldn’t commit due to his busy schedule. Had the Bourne actor agreed to the offer, he would have $250 million since Avatar surpassed over $2 billion at the box office.

Also Read: Will Avar 2 Be On HBO Max

The film’s other lead, actress Zoe Saldana is getting a little less than her male counterpart, Sam Worthington to play the role of Neytiri in the upcoming sequel.

Although there is no news regarding Saldana getting the profit share luxury, some sources have claimed that she very well is going to get pay increases in every upcoming sequel and the franchise has already confirmed up to at least two more movies.

Also Read: Five Reasons Avatar 2 Could Be A Flop

Weaver who played Kiri in the first film is also among the names who are reprising their roles in the Way Of Water. She apparently has netted around $3.5 million for her work in the ensuing sequel.

Weaver was the highest-paid actor in the first film even ahead of the now biggest taker, Sam Worthington. She reportedly received a staggering fee of $11 million for her performance in Avatar. Given that it is unclear why Sigourney’s money shrunk by more than $7 million.

This marks the second time Winslet and Cameron have worked on a project after the 1997 romantic disaster movie, Titanic. Kate who is portraying Ronal, tsahik of the Metkayina clan in the film apparently received somewhere around $6 million for her time in the film.

Lang who played the role of Colonel Miles Quaritch in the first movie is also set to reprise his character in the second film. And for that, the 70-year-old reportedly has raked in around $2 million.

While it is unclear what role the Fast And The Furious actor, Vin Diesel has in The Way Of Water, the actor reportedly has raked in about $10 million from the film. That is similar to the film’s lead star and the highest taker, Sam Worthington. It however is unlikely that Diesel will have as extended of a role as Worthington’s Jake Sully.

How Expensive Is Avatar 2?

Some reports from the past have claimed that the production budget for The Way Of Water alone was in the ballpark of $250 million but director Cameron hasn’t provided the hard numbers just yet. However, when GQ asked the Canadian filmmaker about the budget, he said, “very fu**ing expensive.”

It nevertheless is one of the priciest movies in cinema history. Its budget, by estimation, lies within the vicinage of $350 million to a little less than half a billion-dollar. Apparently, the movie has consumed so much production cost that it needs to be the third or fourth highest-grossing film in history to be profitable. What’s more, the aforesaid numbers don’t even include the marketing costs.

Is Avatar 2 The Way Of Water Going To Be On HBO Max? Or Any Streaming Platforms

Avatar 2: The Way Of Water; Five Reasons The Film Could Be A Flop