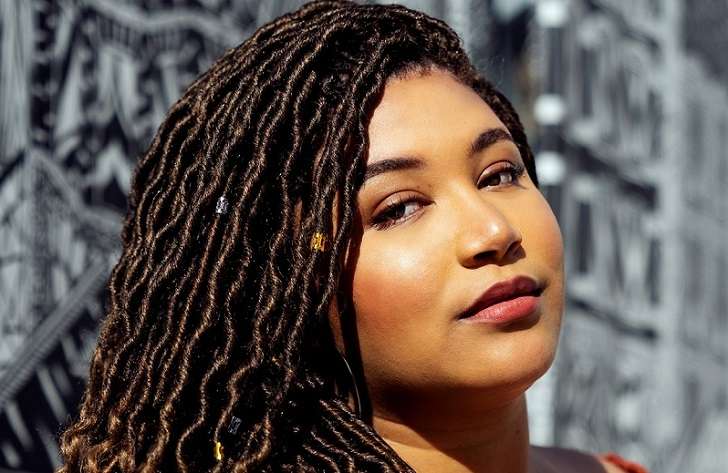 Azriel Crews is an actress, singer, and writer based in New York. As an actress, Crews has worked in nearly a dozen of TV shows including Katy Keene, This Is B.S., and more. She was also a crucial cast member of The Family Crews, a reality TV show that depicted the family life of her actor father Terry Crews. Aside from following the career path as her father, Azriel has also tried her hands in the real estate world. She is now an active real estate agent in New York City Metropolitan Area.

In addition to her versatility in a handful of fields, what about her personal life? Many of her fans are curious to know if Terry Crews’ daughter Azriel is dating a boyfriend in 2022 or not. Well, we will find out everything you are looking for the young star kid including her mother, siblings, and a lot more.

“Happy 25th Birthday to my AMAZING daughter AZRIEL! So proud of the woman you’ve become.”

She was born and raised in the United States of America. Talking about her ethnicity, Terry Crews’ daughter is an Afro-American. And her nationality is American.

Like her father, Azriel also grew up in a Christian family.

Azriel Crews Father and Her Relationship With Him

Born and raised in Flint, Michigan, Azriel’s father initially played football as a linebacker before getting into acting. He first grabbed attention following his role in the TV sitcom Everybody Hates Chris (2005 to 2009). Later in the years, the actor acted in several other TV projects like Brooklyn Nine-Nine, Lip Sync Battle, Portlandia, and more.

Similarly, his roles in big-screen projects are also sufficient. Most popularly, Azriel’s father worked in The Expendables 3, Deadpool 2, and many others.

As the daughter of such a superstar dad, Crews has also been doing great in her own rights creating her own original work. In addition, the father and daughter duo has also shared a strong bond with each other.

Back in 2018, Azriel presented the Voice of Courage Award to her dad at the Safe Horizons Champion Awards. At the time, the star kid described her father as “generous, tenderhearted, and passionate about justice.”

All You Need To Know About Her Mother

Azriel Crews’ mother Rebecca King-Crews is a singer and executive producer. She studied music and theatre at Western Michigan University. As per sources, Azriel’s mom is the singer, songwriter, and producer at Chosen One, a gospel singing group.

Besides, Rebecca also worked in many theatrical plays including The Whiz, Pippin, and The Music Man as well.

Yes, Azriel’s parents Terry and Rebecca have still been married. The two tied the knot in July 1989 and are together ever since. As for their first meeting, the two met in the late 80s when Crews was a college sophomore and exchanged their vows two years later.

Although their marital relationship is now considered one of few Hollywood relationships that has spanned over three decades, the two were once on the verge of separation. Even, Terry’s wife left him at one point. It was all his bad habits that put a strain on their marriage. The actor later said that it was a wake-up call for him,

“It allowed me to revamp and reshape my life for the better. I had to humble myself and reroute, and there’s nobody more thankful that we’re still together than me. That’s why we’re still here and we have this beautiful family.”

Eventually, the couple was able to make their relationship work.

She Has Four Siblings

Azriel has three younger siblings from her parents’ marriage. She has two sisters Wynfrey Crews and Tera Crews and a brother Isaiah Crews. Like her, her brother Isaiah is also interested in acting.

Additionally, Azriel also has an older half-sister named Naomi Burton-Crews from her mother’s previous relationship. All of them are super closed to each other. Azriel has also shared a number of photos of her siblings on her Insta.

Azriel went to New York University’s Tisch School of The Arts in 2010 and earned her Bachelor of Fine Arts degree in musical theater in 2015. Since then, Crews is steadily working in both acting and music.

Azriel Crews is an actress and singer

Talking about her career, the 31-year-old star kid is following in her father’s footsteps. She landed her first acting gig on The Family Crews, her family reality TV show. Premiered on BET on 21st Feb 2010, the show follows the life of her father Terry Crews, especially his relationship with his wife and children. Its second season was released in March 2011.

Azriel once explained about the show in an interview with iYouthOrg,

“The show was centered around our family. We really wanted to show our family for who we were, which was a Christian family that is in Hollywood as well.”

The actress appeared in the show along with her parents and her siblings.

Her Other TV Works

After the family show ended in 2011, Azriel landed her second acting role in a short video The Internet Is Down: The Musical in 2016. Her other TV credits include Crashing, High Maintenance, I Ship It, and In Development.

In the year 2020, Terry Crews’ daughter went on to play in the TV series Katy Keene. And the following year, the actress had two roles in Younger and This Is B.S.

Crews Is Also a Singer and Makeup Artist

Prior to her growing career in show business, Azriél has mentioned herself as a singer on her Instagram profile. She is also a keyboardist who trained under the patient and brilliant NYC-based musician/band Michael Lofaso.

In addition, Crews once also worked as a freelance makeup artist in New York. She initially worked as the elite makeup artist Mario Maio’s assistant at the Wall Street Journal Video. She later started providing her own makeup services for a variety of clients in New York.

As we have mentioned above that Azriel has also tried her hands in the world of real estate. The New York University graduate is now a real estate agent at Casa Blanca. She previously served as a licensed real estate salesperson at Cooper & Cooper Real Estate.

Does Azriel Crews Have a Boyfriend? Her Dating Life

Although there are plenty of details about her professional life, Azriel has remained quite confidential when it comes to her love life. She has posted several photos with numerous guys on her Instagram account but it is still unconfirmed if Azriel is dating any of them.

So, because of her tendency of keeping her personal details too private, it also becomes hard to make official whether or not Azriel does have a boyfriend or not.

What is Azriel Crews Net Worth?

Her net worth is $1 million in 2022. She has earned a major portion of her wealth from her work in several fields. On the other hand, her popular father Crews has an estimated fortune of $25 million.

Her Social Media and Her Height

Azriel is quite active on Instagram. As of 2022, her followers on Insta are more than 6k. She mostly shares her work-related & family photo on the account. Besides, Azriél Patricia also has a Facebook account.

As per sources, Azriél’s height is reportedly above 6ft.