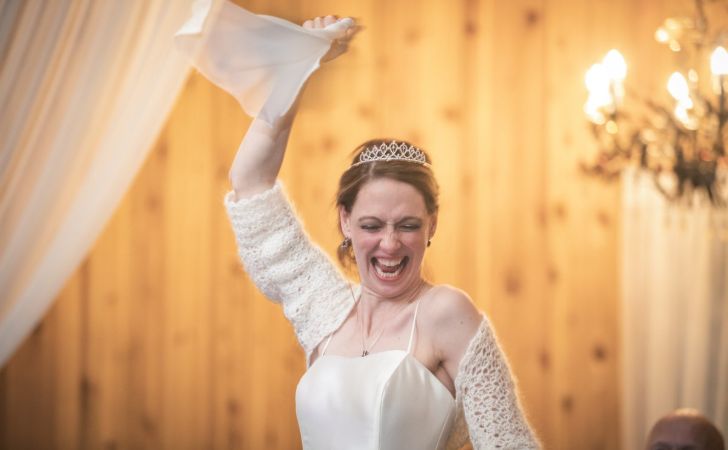 Many people became celebrities due to their famous partners. Similarly, Beth Pol is renowned across the world as Charles Pol’s wife, star of The Incredible Dr. Pol. The celebrity couple got married fairly recently, and their relationship is just as incredible as the show’s name.

Well, today, we’re going to divulge all the secrets of Beth’s life, including her parents, siblings, and education.

We’ll also cover her enduring romance with Charles and find out how has the lovebird’s life changed since welcoming their first child.

Beth was born and raised in the rural village of Michigan. According to Charles, her family, and his family both had a cordial relationship. Safe to say, she lived near her future husband’s house in Weidman.

Beth and Charles grew up pretty close to each other. Their families used to join in for a party and many other festivities.

Her spouse once shared a throwback picture of the two on his Twitter account. He posted the tweet in honor of their first wedding anniversary. According to the post, the photo was taken nearly 32-years-ago. We can say, the duo has been friends since their early days.

As for Beth Pol’s parents, we certainly know about her father-in-law Jan Pol and mother-in-law, Diane Pol. Both of them are the main star of the show, The Incredible Dr. Pol. There’s no information about her biological mom and dad, though.

Like any other celebrity spouse, Beth, too, isn’t very keen on sharing a whole lot of information about her. In the same sense, her boyfriend turned husband never divulges anything about her as well.

Aside from the fact, Beth studied at a local high school in Weidman. Moreover, when her partner Charles moved to LA for his further education, she too moved there as well. Speaking of which, Charles is a University of Miami graduate. He completed his degree in 2003 and relocated to LA to pursue his interest in acting and filmmaking.

Beth married Charles after getting engaged in the same year

The duo had been in a relationship for a very long time, and Beth was really expecting her boyfriend to put a ring on it. The duo got engaged in 2018.

After their engagement, Charles took to his Twitter account and revealed the good news to his fans. Moreover, he also added a picture of the moment he went down on his knees.

Tune in tonight at 9pm EST for an all new episode of @DrPol on @natgeowild and tweet with me for a very special episode of #DrPol #Loveisintheair pic.twitter.com/brI9IQDidh

And just after a few months of being betrothed, they decided to take the big step.

The lovebirds exchanged vows on April 7th, 2018, in the presence of their family and friends.

At the wedding, both the bride and groom looked exceptional with Beth wearing a white gown, and Charles wore a burgundy colored velvet-textured suit.

Beth Pol Relationship with husband Charles: They were childhood sweethearts

There’s a saying, a relationship that has stood the test of time is meant to last. Similarly, Beth and Charles’s love story will go on forever.

They first met as kids, became friends, went to different colleges, reconnected as adults, got engaged, and eventually married. Their relationship faced all sorts of odds, and yet here we are, more than three decades later.

Since getting married, their love is getting deeper and stronger every day.

For any couple, life is filled with joy when they became a parent for the first time. Likewise, Beth and Charles experienced this moment of literal euphoria back in 2019. They welcomed their daughter on October 19th, 2019.

Hey everybunny! Look over here… It’s the final week of our #FeedMeFriday giveaway! Head to our Facebook page where we are picking a lucky fan to receive a bag of #DrPol’s farm feeds (now available at @tractorsupply)! 🐴🐐🐔🐰

She came into the world, weighing 7 lbs. 5oz and standing 20 inches tall. Subsequently, they gave her the name, Abigail Pol. Talking about their first kid, the duo, in a joint statement, told PEOPLE,

“God has blessed us with a beautiful little daughter, Abigail. We are thrilled she’s finally arrived, and we are grateful for everyone’s love and support.”

Aside from Beth and Charles, Abigail’s grandparents were also thrilled to have a new little Pol in their household. They said, “It has been 21 years since we’ve had a baby in the family. We are so excited and happy to have Abigail here!”

Beth is a member of the Pol family, who is worth millions of dollars. Her father-in-law Jan Pol has an incredible net worth of $1 million.

As for Beth, her net worth is estimated to be over $1 million in 2021. She lives an affluent life at the Pol household.

Who Is Jodi Lynn Calaway? Everything To Know About The Undertaker’s First Wife