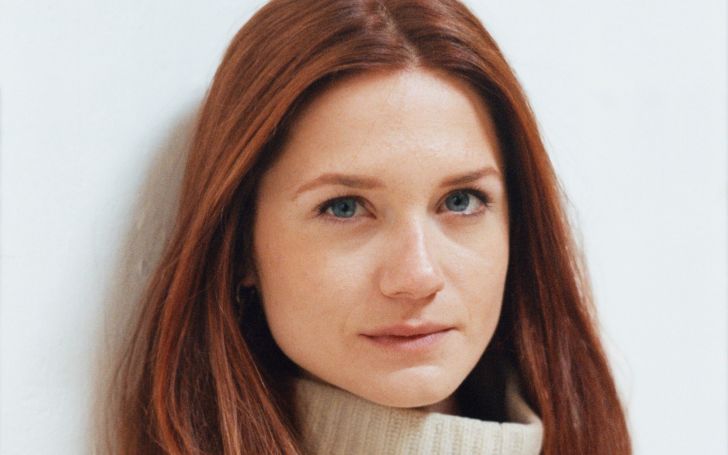 Bonnie Wright has established herself as one of the versatile film actresses with an iconic role of Ginny Weasley in the Harry Potter film franchise. She is also notable for her work as a director, model, and activist.

Besides, the famed actress grew up in an affluent household alongside her older brother. Today in this article, we will explore everything about Harry Potter star Wright.

Bonnie Wright Grew Up In a Wealthy Family: Parents run a Jewellery Business

They design their own masterpieces and mostly supply the items in Greek Street-based shops in Central London. Her parents has partnered up with some of the biggest brands including Swarovski, British Museum Gemfields and World Gold Council, and Oxfam.

Does Bonnie Wright Have Siblings?

Wright raised along with her older brother named Lewis Wright. Lewis who initially played the major role to influence her sister to audition for the portrayal of Ginny Weasley in the Harry Potter film series.

Bonnie studied at Prior Weston Primary School in Islington. She later got enrolled at King Alfred School in North London in order to accomplish her secondary education.

Upon her high school, Wright attended the University of the Arts: London College of Communication in London. She went on to choose the subject of Film and Television Production Manager with the aim of pursuing a career outside the reel too.

Meanwhile, the actress was also filming of Harry Potter and the Deathly Hallows – Part 1 and Part 2. But, Bonnie successfully completed her Bachelor of Arts degree in 2012.

Wright made her silver-screen debut portraying Ginny Weasley in the first installment of Harry Potter franchise Harry Potter and the Philosopher’s Stone in 2001. She continued the role in the entire film series.

Consisting of seven other movies, it was mainly produced by David Heyman. The Harry Potter film series was also turned out to be a major success at the box office racking up $7.7 billion worldwide, making it the third highest-grossing film series in history.

The main cast members of the successful project include Daniel Radcliffe, Rupert Grint, and Emma Watson. In addition, Wright also received the rave reviews for her smashing portrayal of Ginny Weasley in throughout the series.

“Bonnie Wright makes her impact feel nicely and beautifully as Ginny Weasley throughout the series“.

Wright has also acted in several other triumphant projects. In 2012, the actress appeared in three movies The Sea, After the Dark, and Before I Sleep. She would play Zoe in the unreleased film Those Who Wander.

Talking about her TV works, Wright snagged the first role in the small screen in Stranded in 2002. She portrayed the character of Young Agatha Christie on Agatha Christie: A Life in Pictures in 2004.

For the last time, Bonnie appeared on TV was in King of the Hill in 2007.

Bonnie Wright Is a Screenwriter and Director

The woman with many talents, Bonnie Wright landed her first screenwriter and a directorial stint in a drama Separate We Come, Separate We Go (2012).

Furthermore, Wright also directed the music video of her After the Dark co-star Sophie Lowe titled ‘Dreaming’ in Dec 2013.

Is Also a Model

In addition to her aforementioned roles, Bonnie Wright also has an impressive career as a model. She featured in The Financial Times‘ luxury lifestyle magazine How to Spend It in 2011.

Wright is the recipient of the Most Edgy Look Award at the Rodial Beautiful Awards in 2011. She also has modeled for many other reputed publications like Grazia Magazine, Vanity Magazine, and Entertainment Weekly and Evening Standard.

The Portrait Magazine ranked Bonnie #5 as per the estimation of Fan’s vote for Favorite Celebrities. Additionally, the magazine also ranked her 2nd in its Top 30 Under 30 List for 2009.

The Glamour Magazine was also named her as one of the 35 Most stylish women of 2010.

Bonnie Wright is among many other Hollywood divas who use their platform raising awareness for several serious issues around the world. She mainly emphasizes the effect of the misuse of plastics, particularly in our oceans.

The actress joined Greenpeace ( a non-profit environmental organization) on their ship Arctic Sunrise to reduce plastic pollutions in the ocean.

Bonnie also serves as an ambassador for a charity, called Lumos. She also supports many other philanthropic entities across the globe.

Is Bonnie Wright Dating any Boyfriend?

Bonnie Wright is not dating anyone, neither does have a boyfriend as of 2021. But the actress previously went through several failed relationships.

Wright was in a serious relationship with fellow actor Jamie Campbell Bower. The two started dating in 2009 after they met at a party.

The former couple also worked together in the second-last installment of the Harry Potter franchise Harry Potter and the Deathly Hallows – Part 1 (2010).

Marriage Rumors After Their Engagement

Bonnie and Jamie got engaged in April 2011. Meanwhile, the actor also revealed their planning to tie the knot. But he said, “We are [planning], but I won’t say when and I won’t say where. Or how”

The celebrity couple, however, called off their engagement on 30th June 2012. An insider told it was amicable.

Shortly after their terrific romance ended, Jamie moved on with actress Lilly Collins. The two later began an on-and-off relationship.

He is currently dating Ruby Quilter, a tattoo artist.

Wright romantically linked to a London club owner Simon Hammerstein back in Sep 2012. The two broke up after their short romance in November of that year.

In Jan 2013, the actress started dating a singer and dancer Jaboc Artist. They also appeared together in a 2013 movie After The Dark.

Nonetheless, they also split after over a year of romance in May 2014.

Bonnie is a Puppy Lover

Bonnie loves puppies who is also an owner of the pooch called Ginny. She has uploaded a number of photos with her dog to her Instagram.

What is Bonnie Wright Net Worth?

Wright has a $12 million net worth as per Celebrity Net Worth. She primarily makes money through her work in both movies and TV shows.

Other Interesting Facts of Bonnie Wright

Is Bonnie Wright Married? Know About Her Romantic Relationships