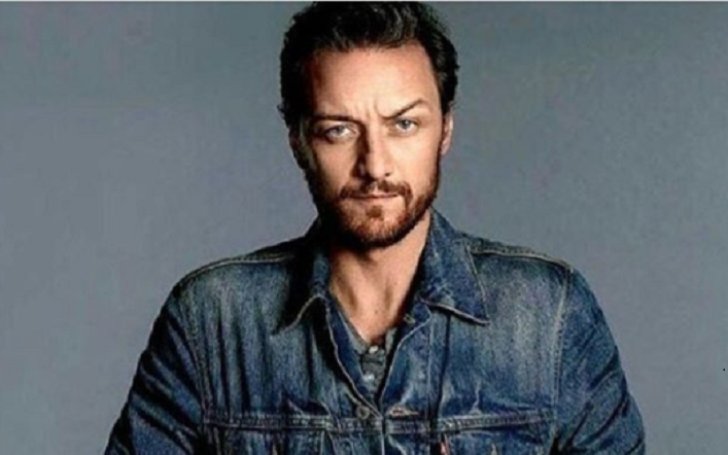 Brendan McAvoy is the son of acting parents James McAvoy and Anne-Marie Duff. James a Glasgow native has already worked in a number of major successful movies and TV shows, especially his breakout role in The Last King of Scotland brought him numerous awards nominations.

Besides, his mother Duff a Drama Centre London graduate has been active in the entertainment world since 1995, with several on-screen credits under her belt.

In the article, we will also talk about Brendan’s parents’ marriage and their relationship with their son after divorce!

The famous star kid was born in 2010, in London, to James McAvoy and Anne-Marie Duff. The couple announced they were expecting their first child in Jan of the year.

A spokesman of the couple said, “We are happy to confirm that James McAvoy and Anne-Marie Duff are expecting their first child. We have no further comment or information at this time.”

In Feb 2010, the actress also posed with her husband James, showing off her growing baby bump at London Evening Standard British Film Awards.

After the birth of their son, Anne-Marie said the baby boy was “the most beautiful creature in the world.”

Talking more about the kid, the actress added, “I am very lucky. I have known wonderful romantic love in my life but to actually see this little creature and find him to be the most beautiful creature in the world.”

He is named after his maternal grandfather

Duff named their son after her Irish dad Brendan Duff, who went to Britain from Ireland. He is a painter and decorator. Besides, the couple didn’t know the gender of the child before the baby was born but they had been expecting a girl. She acknowledged they were shocked when the baby boy came out.

Anne-Marie tied the knot with James on 18th October 2006. Their wedding ceremony was held at the idyllic 19th-century Drumtochty Castle in Aberdeenshire.

The secluded castle and grounds’ cost was £20,000 ($23411.50). They exchanged their vows in front of 100 friends and family. However, the groom’s father and brother were absent from the intimate civil ceremony.

Besides, Brendan and Anne-Marie first met when they played on-screen boyfriend and girlfriend on the smash-hit Channel 4 drama series Shameless in 2003. Around the same time, their romance outside the camera also began. They dated for some years before tying the knot.

Despite their longtime matrimonial relationship, McAvoy and Duff separated after around 10-year of their marriage in May 2016. They issued a joint statement which read,

“It is with tremendous sadness that we have come to the decision to divorce. We enter this next phase with continued friendship, love and respect for one another and the shared focus of caring for our son. We ask that you respect our and, most importantly, our child s privacy during this time.”

The couple even after their split continued to live together for some time just for the sake of their son. Moreover. James and Anne-Marie also appeared together in the TV series, His Dark Materials in 2019.

But, they were intensely private about their marriage. James told Washington Post,

“We don’t talk about each other much and we don’t turn up together at lots of events. We both really rejoice in having a normal life.”

The same can also be said for their child who is enjoying a very low-key upbringing. He rarely makes public appearances with his parents.

James, after his divorce, moved on with Lisa Liberati, a production assistant. The couple has been dating since 2017.

James McAvoy has a net worth of $17 million. He has racked such a good fortune from his prolific acting career. In the meantime, Duff’s estimated wealth is $7 million.

They Both Are Actors

James is a successful actor in the entertainment industry. He appeared in a few short movies before making his debut in a 1997 film, Regeneration. He also landed the first role in the TV series, The Bill.

His other successful TV projects include The Inspector Lynley Mysteries, Early Doors, and Saturday Night Live as well. Besides, James has appeared in films like Bright Young Things, Inside I’m Dancing, X-Men: Apocalypse, and Deadpool 2.

Furthermore, Brendan’s mom Anne has also worked in a number of movies and TV shows. Her film credits are The Magdalene Sisters, Is Anybody There? and more.