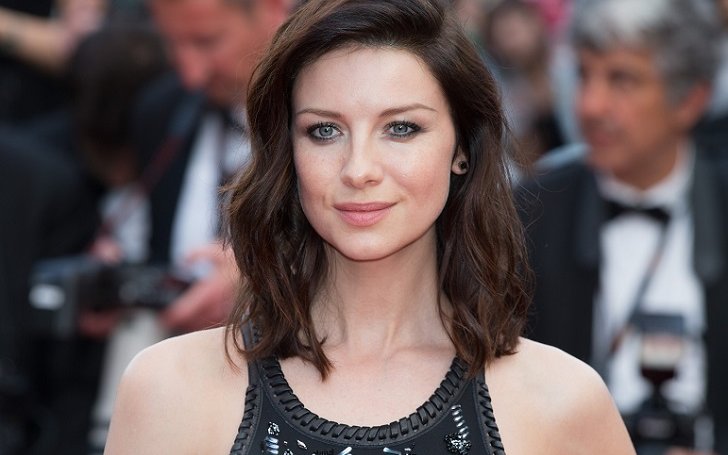 Caitriona Balfe became a household name after portraying the award-winning role of Claire Fraser in the acclaimed TV series Outlander with Sam Heughan. She previously also worked as a fashion model for several popular publications.

Aside from her professional life, there are a lot of things you don’t know about this Irish actress like her parents, siblings, and more. So, to know everything about her life, stay with us!

Who are Caitriona Balfe Parents?

Caitriona’s father is a garda aka national police, by profession. Apart from his civil service, the old man also performed in a comedy troupe, winning Scór competitions. She shares a strong bond with her parents and family members. However, the information about her mom is still unavailable.

Balfe has five biological siblings; three sisters named Coughlan Lorraine, Anne-Marie Balfe, and Deirdre Balfe as well as a brother named Francis Balfe. Her brother Francis is a London based Scrum Master who works for Hiscox.

In addition, Balfe’s parents also nurtured two foster kids. On 11th April 2019, the actress celebrated the national sibling day by posting a photo with her siblings on Insta.

They are all quite close to each other.

Caitriona Balfe is a Bibliophile

The actress spent almost her entire childhood reading books. It all started after her father took a decision of now allowing his kids to watch TV and instead occupy their curious mind with books.

Back then, they just watched TV for a couple of weeks during Christmas. This process continued on for over a half-decade. This is how Balfe developed a strong passion for reading books.

Her favorite novel is Wuthering Heights by Emily Brontë. She also cites Aldous Huxley, George Orwell, and Robert Pirsig as her favorite writers.

Widely Performed in Theatre From a Young Age

As a teenager, Caitriona widely performed in several theatre productions based-in her hometown Dublin. At that time, the then hoping actress crafted her acting prowess that later also helped her to get a prime spot in Hollywood too. She once talked about her early work in stage shows and plays, “From a really young age I was always involved in theatre – as advanced and developed as youth theatre was in the little village I grew up in”

While studying at the Dublin Institute of Technology, in Dublin. During this time, Balfe was discovered by a popular modeling agency in Dublin. She worked for the agency for a few months. Sometimes later, she was scouted by a Ford Agency agent who offered her to model in Paris.

Subsequently, Balfe took up the offer and embarked on her modeling journey. During her time as a model, she worked for several well-established brands like Dolce & Gabbana, Max Mara, Roberto Cavalli, and Bottega Veneta.

Refocusing On Acting: Breakthrough Role Of Claire Frashes in ‘Outlander’

Even after a decade long career in modeling, Caitriona decided to step back into the entertainment industry. She debuted with a portrayal of Clacker in the movie, The Devil Wears Prada in 2006.

In 2011, the actress appeared in a mega-hit thriller film Super 8. Balfe also acted in three other silver screen projects Crush, Now You, and Escape Plan in 2013. Her other big-project includes Money Monster (2016) and Ford v. Ferrari (2019).

Balfe’s fame peaked when she took the role of Claire Fraser in the highly successful TV series Outlander. She joined the project in Sep 2013. In the seires, she famously romanced with scottish actor Sam Heughan (Jamie Frasher).

Apart from Outlander, Caitriona has also worked on a few high-profile TV projects. The versatile performer snagged her debut role in The Model Scouts in 2010. She played Breanna Sheehan in H+: The Digital Series (2012-13).

Her other accolades are the Scottish BAFTA, IFTA Award, and more. The actress also got four Golden Globe Award and two Critics Choice TV Awards nominations.

She is a devout philanthropist as well

Caitriona supports several charitable organizations across the globe. She financially helps the organization World Child Cancer. Balfe raised more than $41,000 for the entity after running the London Marathon in April 2018.

Who is Caitriona Balfe’s Husband?

The actress confirmed her engagement with Tony during her apperance at the 75th Golden Globe Awards on 7th Jan 2018. She told PEOPLE magazine that they got engaged over the holidays.

We wish to see all the happiness for this beautiful couple for years to come.

Since their initial phase of romance, the husband and wife have remained pretty secretive about their personal life. However, it all changed when actor Donal Brophy posted a small video of the duo.

In the short clip, Caitriona is sitting on her beau’s lap whilst playing flute at the bar in Ireland. The video was shared in 2015. So it is safe to say they have been dating for several years now.

Later in years, they made a few other joint appearances. In May 2016, the couple appeared with Jodie Foster‘s on her star in the Hollywood Walk of Fame celebration.

Is an Animal Lover

Caitriona Balfe loves cats and dogs. She has a pet cat named Eddie.

What is Caitriona Balfe Net Worth?

Caitriona has an estimated net worth of $4 million, as per Celebrity Net Worth in 2021. The actress has racked the majority of her fortune through her work in movies and TV shows.