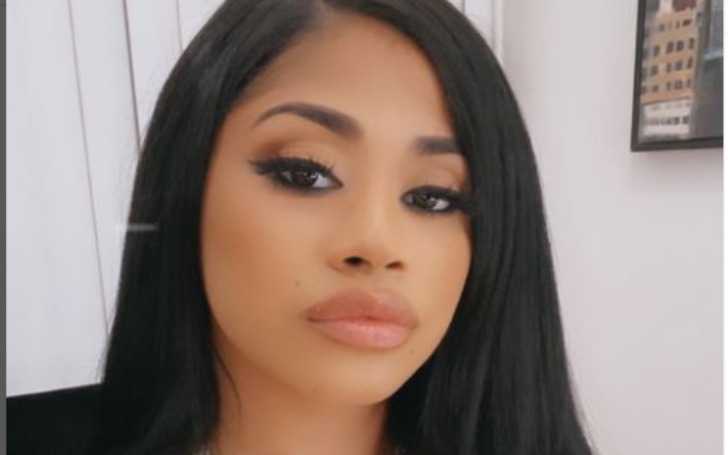 Hennessy Carolina is a celebrity sibling who rose to fame because of her Cardi B. Her sister Cardi B is one of the most popular rappers who has been able to win Grammy and BET awards many times. Hennessy started getting recognition after her sister Cardi B started posting about her on the social media platform.

Apart from that, she came out as bisexual during pride month in 2018. But, who is she dating? What is Hennessy currently doing? What kind of bond does Hennessy shares with her sister Cardi?

Well, in this article you will find answers to all your queries. Keep scrolling to find out more about Cardi B’s sister.

Hennessy was born on December 22, 1995, and she is just 3 years younger than her star sister Cardi B. Her actual birth name is Hennessy Carolina Almanzar. She was born to Carlos Almanzar and Clara Almanzar and is the second daughter of her parents. Apart from that, Cardi once revealed that she has other siblings too.

She revealed, “When I was pregnant with Kulture, a lot of people was like, ‘oh, he has three kids already; why would you have a kid with somebody that has three kids?’

She further added, “And it’s like, how is that such a bad thing? My dad has eight kids, and we all get along, and it feels better, fuller.”

Despite having a good relationship with all her siblings both sisters haven’t shared much about their other siblings on their social media handles.

The celebrity sibling was involved in art from a very young age. She studied musical theater at the school level. Currently, Hennessy is taking a fashion design course at the Fashion Institute of Technology in New York. She has been working hard to make a good name in the fashion industry.

Hennessy Rose To Prominence Because of Her Sister Cardi B

Hennessy got easy access to the entertainment world because of her sister Cardi B. Cardi has always been the greatest supporter of her sister and often mentions her sister on her social media handle which has helped Hennessy gain a large number of followers.

Talking about her sister Cardi B, we know that she has been able to make a remarkable name in the music industry. She is renowned as an American rapper, singer, and songwriter.

Hennessy Carolina is a Bisexual

Hennessy finally opened up about her sexuality in the year 2018. As per DailyMail, she revealed during the pride month on June 6, of the same year, that she is bisexual. She also disclosed that she had been dating a girl since 2017.

Furthermore, Cardi B shared that she was proud of her sister and supported her. She also shared a video of her to-be sister-in-law, Michelle Diaz thanking her for making her sister happy.

Who is her girlfriend?

As aforementioned, Hennessy revealed that she is in a relationship with a girl after she disclosed that she is bisexual. She has been dating her girlfriend Michelle Diaz for several years. As per reports, she first came across Michelle while browsing her sister Cardi B’s Instagram. They met somewhere in 2017 and instantly felt a connection.

As per one of the articles by Vogue, Michelle disclosed that she came across Michelle through her explore page, and immediately she turned to Cardi and said, “This is my wife.”

Well, the couple has not tied the knot yet, however, they both seem happy with their long-term relationship.

Cardi B’s Sister Hennessy Was Once Caught In a Controversy

The beachgoers were verbally abusing the girls and later they filed a case against the girls claiming they called them racist as one of the guys was wearing a MAGA hat. Meanwhile, Hennessy’s sister Cardi claimed that her sister and her girlfriend were targeted unnecessarily because they were Afro-Hispanic and gay.

One of the guys also claimed that Hennessy spitted on them however, they had no proof to justify their statement. Later, Cardi’s sister won the lawsuit as she had recorded a video.

Did Hennessy Give Her Sister the Cardi B Nickname?

Hennessy’s sister’s name eventually became Cardi B when her Instagram handle was disabled because of the name Bacardi. After that, she shortened her name from Cardi Bacardi to Cardi B.

What Does Hennessy Carolina Do?

Hennessy first appeared in the media on a TV show named “Love and Hip Hop: New York” in 2016 in a supporting role with her sister Cardi B. After a while, she had to leave the show to pursue her career as a fashion designer.

Apart from that, she has also appeared in many other shows like, “The Challenge: Champs vs. Stars” and “Hip Hop Squares”.

As of now, she is focusing on her fashion career. She sometimes appears in different ramp walks flaunting her designing skills.

Is Hennessy Available on Social Platforms?

Hennessy Carolina is available on social media platforms. She mostly maintains her engagement on Instagram. Her Instagram handle is verified under the name @hennessycarolina. She usually posts about her day-to-day life on her Instagram.

What is Hennessy Carolina’ Net Worth

Hennessy Carolina has been able to amass a great amount of fortune throughout her journey. Her estimated net worth is around $5 million. Her major source of income is working as a media personality.

On other hand, her sister Cardi B has been able to gather a huge amount of fortune through her musical career. Her estimated net worth is around $40 million. The reason behind her hefty net worth is her hit music and albums.