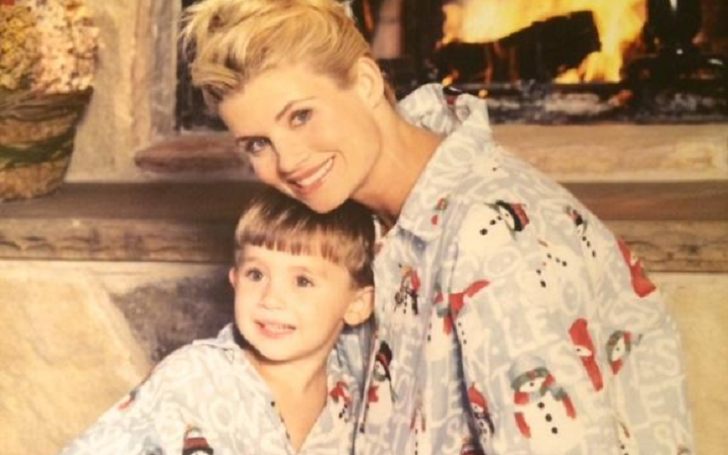 Carter Belfort is the younger child of renowned motivational speaker and former stockbroker Jordan Belfort and his second wife Nadine Caridi. His father gained huge popularity as a writer of the memoir The Wolf of Wall Street which also inspired the same name movie released in 2013. It starred actor Leonardo DiCaprio.

Let’s know about his parents, education, career, and a lot more!

Carter Belfort is a vice-president of Brand Development at his father Jordan Belfort’s business Global Motivation Inc. He also held several other major posts at the company. He joined the project as a strategic marketing specialist in April 2020.

After a month, Carter started working as a marketing specialist. He also assists his father in one of his divisions called Straight Line Solutions.

Carter Belfort was born in New York City to Jordan Belfort and Nadine Caridi. He spent the majority of his childhood along with his older sister Chandler Belfort.

He has a mixed ethnical background as his mother Nadine is of Italy, Germany, and Great Britain descent.

Carter Belfort attended Vistamar School in 2010 and completed his graduation after four years in 2014. Meanwhile, he also played volleyball at school. He then went on to study at Muhlenberg College but left college after a year in 2015.

The same year, he joined Los Angeles Film School. He earned a Bachelor’s degree in arts, entertainment, and media management in 2018.

Carter Belfort began his corporate internship at a global media & entertainment company, ROAR in May 2017 and shaped his prowess up until August of the year.

In November 2019, Belfort went on to join Elevator Studio to pursue his marketing internship. He just spent a month there.

Carter’s father Jordan Belfort initially started an extra-marital affair with his mom Nadine Caridi. The then-raising millionaire stockbroker was still married to his first wife Denise Lombardo at the time.

In 1991, Belfort tied the knot with Caridi in an intimate wedding ceremony organized in the Caribbean. Jordan was a heavy drug user at that time. As a result, his second marriage also dissolved in divorce.

Following their divorce finalization in 1998, the two took joint custody of their now-grown children. They both have a great relationship with their children and frequently share pictures on their social media accounts.

Jordan wished a happy birthday to his son on his Facebook on 15th August 2019.

Their mother also often appears with her kids at their special events.

Jordan is also step-father with his fiancee Anne Koppe

Jordan Belfort after two failed relationships found his love of life Anne Koppe with whom he is dating since 2008. He is also a proud step-dad of a son Bowen Boullianne from his partner Koppe’s past affair.

The Bond University graduate Bowen is also following in his father’s footsteps.

Is Carter Belfort dating any of his girlfriends?

Carter Belfort doesn’t have any girlfriends at this time. He has kept all the details about his personal life out of the mainstream. He currently resides in Los Angeles.

What is his net worth?

Carter Belfort’s net worth is still under review. The young boy is now just focused on building up his career. However, his father Jordan’s net worth is -$100 million due to his hefty amount of debts.