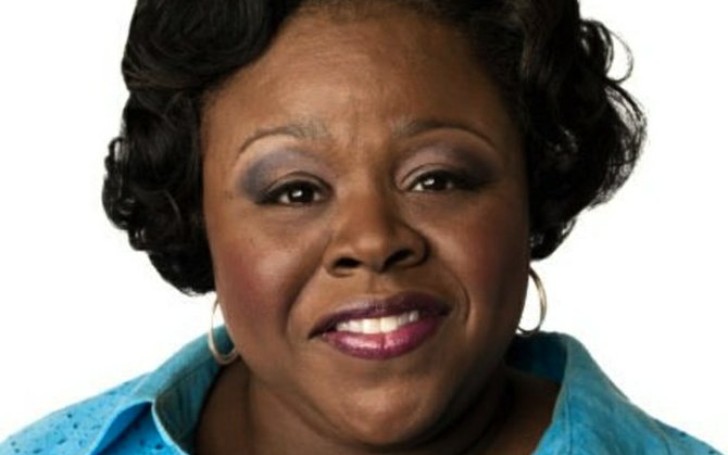 The name Cassi Davis probably rings a bell for all those who are big fans of House of Payne. She is probably the most loved character in the series. But amidst all the happiness, Cassi did have a few hardships along the way.

Despite all the sadness, Cassi soldiered through all the trouble and became the best version of herself. Besides, there are many aspects of the veteran actress that many of us aren’t aware of.

In today’s topic, we’re going to find some interesting facts about the beautiful actress. We will take a look at her early life, marital status, and more!

Cassi Davis Early Life: Where is she from?

She was born on July 31st, 1966, in Holly Springs, Mississippi. Her mother and father brought her up in a tight-knit family. She grew up alongside three of her siblings in Holly Springs.

Her parents were devout Christians so they also raised their kids in the same environment. This is why, just at the mere age of five, Cassi used to sing in her local church choir. This is where she got her passion for singing.

Cassi’s father, who passed away around the early 2000s, was a prime motivator behind her success. Back in 2008, in an interview with Essence, she talked about her dad and said, “Although God is the push behind it all for me, my father was my force of encouragement. He passed away a few years ago, but would tell me when opportunity calls, you need to be ready.”

For her formal education, she went to Holly Springs High. After finishing high school, she joined Spelman College in the year 1984. She majored in music with a concentration on vocal performance.

Nevertheless, Davis dropped out of college during her senior year. Apparently, Cassi, who from the beginning, wanted to sing about Jesus but the college wanted her to do a senior recital. As she didn’t want to sing any other song before singing to the Lord, she decided to drop out.

While leaving the college Cassi, who was a youngster with fiery ambition told them, “I was angry and, at the time, I thought, I’m going to leave and one day you’re going to beg me to come back and give me an honorary degree.”

After making the foolhardy decision, the actress once again enrolled at the college in 2008 and finished her last credit. Moreover, the college diploma isn’t the only thing she got after graduating.

Her role as Ella Payne in the series House of Payne made her an immortal in showbiz. The series follows the life of a multi-generation family who is living under one roof in Atlanta. The sitcom first aired on June 21st, 2006.

Besides, for her role, Cassi even won the NAACP Image Award for Oustanding Actress in a Comedy Series two times. After her role ended, she also starred in the House of Payne spinoff, The Paynes.

In addition to her role in the series, Cassi was also featured in several other movies and TV series. Her credits include Madea’s Big Happy Family, A Madea Christmas, Madea’s Tough Love, and Boo 2! A Madea Halloween.

Cassi Davis is happily married to her high school sweetheart

Cassi is happily married to her school sweetheart Kerry Patton. The duo exchanged vows on January 11th, 2017 in an intimate ceremony. Initially, the lovebirds met in third grade but it wasn’t until sixth grade that Cassi fell in love with her future husband.

They say childhood love doesn’t really work out in the end but that clearly doesn’t seem to be the case here. That being said, there was a short twist in the initial phase of their relationship. After high school, both of them went in their individual direction.

Although it was a sad moment for the couple, especially for Cassi, she moved on with her life. However, she was still very much in love with her man. During an appearance at ‘The Culture’ podcast, the gorgeous told that she dated a lot of guys but she never found herself attracted to anyone as much as she was towards Kerry.

Eventually, in 2007 they once again came across each other, and this time for good. In an interview at the Tom Joyner radio show, she said, “We started talking and dating back in 2007 and oh my goodness we stayed connected and now we are bonded.”

As of now, the couple doesn’t share any kids between them.

Did actress Cassi Davis have a stroke?

During the airing of the show in 2021, fans noticed something strange with Cassi’s face. One of her eyes somehow looked different and many even believed she might’ve suffered from a stroke.

To answer all of her fan’s worries, the actress, in an interview with the CulturePodcast, revealed she didn’t have a stroke. Moreover, she divulged the real reason behind her health issue. Apparently, Cassi suffers from Bell’s Palsy. In the podcast, Davis said she has been struggling with the condition since March 2020.

She said, “I figure when it is time for the lord to straighten it out, he will and it does not pain me but it’s very distracting to me to have. It’s almost like a glitch, but I figure the lord still loves me and my husband has not skipped a beat and missed a beat.”

How much is Cassi Davis’ net worth?

Davis has been active in the industry for decades now so surely she has amassed a decent amount of fortune. As of writing this article, her net worth is estimated at $6 million.