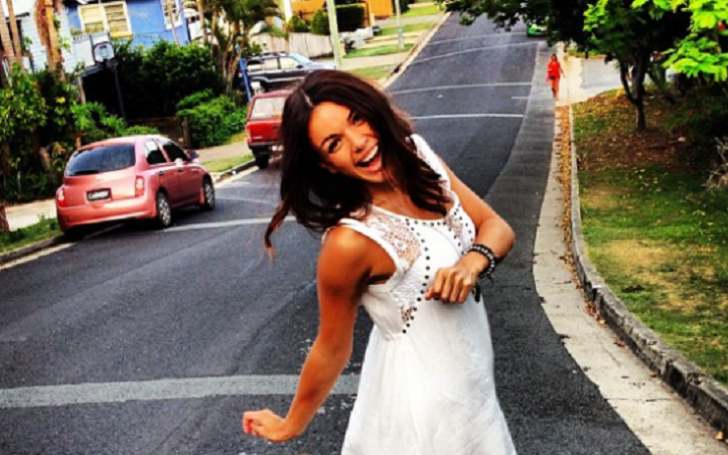 Actor Brenton Thwaites is famous for his portrayal of Dick Grayson / Nightwing in the TV series, Titans. He has also performed in a number of major successful movies such as Blue Lagoon: The Awakening, The Giver, God of Egypt, and more.

Besides, the Queensland native Brenton has been in a beautiful relationship with his girlfriend Chloe Pacey for many years now. There are also rumors that the two got married. Is it true? How many children do the pair have?

In this article, take a close look at Chloe’s relationship with Brenton and know about her past affair, family details, and more!

How Long Have Brenton Thwaites and Girlfriend Chloe Pacey Been Dating? Their First Meeting

The couple is in a committed relationship since 2015. Brenton first met his future gf while shooting Pirates of the Caribbean: Dead Men Tell No Tales in Australia in early 2015.

Back then, Brenton, out of the blue, decided to spend a few more days in his native country, although his primary residence was is in Los Angeles. Thwaites then found Chole Pacey as one of his roommates. The two immediately hit it off.

“After traveling the world and meeting so many girls, you go back to your hometown and there’s the one, waiting for you in your backyard.”

The Couple Came Out Publically in November 2015: Chloe also Showed Her Baby Bump

They made their first public appearance at the premiere of In the Heart of the Sea in Sydney, in November 2015. Brenton Thwaites’ girlfriend Pacey proudly showcased her baby bump at the event.

A rep for Brenton confirmed to The Courier-Mail that the couple was expecting their first child. The spokeswoman told,

“I can confirm he and his girlfriend are having a baby.”

In October 2015, Chloe herself announced her pregnancy showing off her little baby bump. She wrote “Food or mini human?”

The couple welcomed their first child, a daughter, Birdie Thwaites in March 2016. Chloe announced the big news on Insta on 20th March. She has shared a number of adorable photos of her daughter on Insta.

They are also blessed with two other kids

Pacey gave birth to their second child, a daughter named Pippa in 2018. Furthermore, they became parents for the third time in September 2020. However, the two have kept the details of their third bundle of joy pretty secret. The couple is yet to announce the gender and name of their baby.

In late September 2020, the couple was spotted in Sydney’s Bondi Beach with their growing family.

The two enjoyed there a low-key ice-cream date.

Has Brenton Thwaites Turned Chloe Pacey Into His Wife?

Rumors of their marriage first came when Pacey shared a photo with Brenton on Insta in May 2016. She included the bride and groom emojis in the caption. Later on, fans congratulated the suspected husband and wife.

However, neither of them has confirmed whether the two actually got married or not.

Prior to her relationship with Brenton, Chloe also dated a guy named Josh Hayes, a Melbourne native. Judging by her throwback Insta posts, the two began dating back in the early 2010s.

Pacey has posted numerous photos with her ex-beau on Insta.

Brenton’s partner is a staunch advocate of open breastfeeding. She often shares pictures of herself breastfeeding her oldest daughter on her Instagram.

In June 2016, Chloe revealed in her lengthy Instagram post that two different women already asked her to stop breastfeeding publically. She wrote,

“NORMALISE BREASTFEEDING!!! It’s mid 2016 and I’ve been told twice from WOMEN to put it away and cover up. For who? The men? The children? Who? We should be able to get a boob out anywhere at anytime to feed our babe. We should be applauded because #breastfeeding is the best thing we can do for our babes and it’s freakin hard work. The last thing we are thinking about is sex so it should be the last thing any man or women thinks of when they see it!”

She is an Avid Artist as well

Chloe is an artist. She has shared a number of images featuring her artwork on her social media. She mostly does sketches of women.

Besides, Thwaites’ bae is a nature lover and spends most of her time in nature.

Pacey was born on 3rd October 1989, in Perth, Australia. She has three siblings; two sisters Ash Pacey and Erin Mcilvenny as well as a brother Leigh Mcilvenny.

Chloe also posted a few photos of her parents on Insta but has kept further details of her mom and dad behind closed doors.

Her net worth is not estimated however, Chloe Peacy’s boyfriend Brenton has a $3 million net worth. He has collected such good fortune from his prolific acting career.

He initially began his acting career with a few short movies before making his professional debut playing Mark Cow in Save Your Legs in 2012.

In 2014, the actor played in several big-screen projects such as The Giver, Maleficent, Ride, The Signal, and Son of a Gun. His other film credits include That Sugar Film, Pirates of the Caribbean: Dead Men Tell No Tales, An Interview with God, and more.

Additionally, Brenton also worked on TV shows such as Sea Patrol and Rove LA as well. He has played the lead role on Titans since 2018.

Who is Toriah Lachell? Share a Son With Her Ex-Boyfriend Jayson Tatum