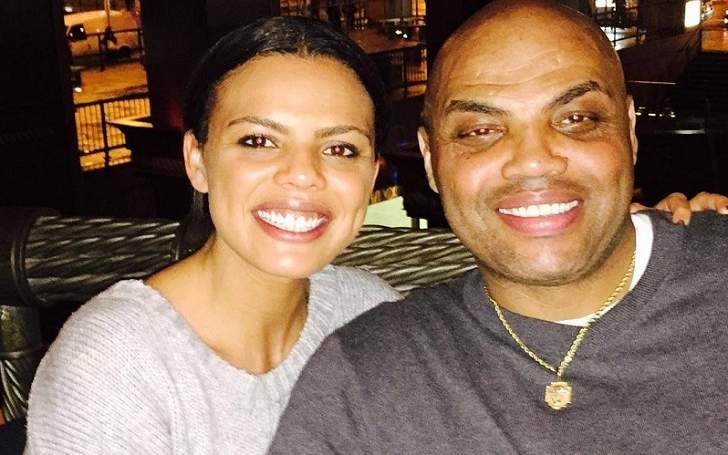 Christiana Barkley is the only daughter of one of the greatest NBA players, Charles Barkley and his wife Maureen Blumhardt. Although her parents’ marriage is interracial, it never put any strain on their longtime marital life; instead, it stands as one of their greatest strengths.

Besides, being the daughter of a renowned basketball player, Christiana herself is an avid game lover. She also shares the same love for charity as her father. The famed star kid is an active member of the non-profit organization Fresh Start Women’s Foundation.

As for her love life, Christiana is in a committed relationship with her husband, Ilya Hoffman. Their wedding was also covered by The New York Times. Well, here are many facts you might be unaware of about Charles Barkley’s daughter Christiana!

Christiana Barkley Was Born The Same Year Her Parents Married

The celebrity kid was born in mid-1989, in Pennsylvania, the United States. Her parents also got married in February of the same year at a secret civil ceremony in the courthouse basement in Elkton, Maryland.

They met at a restaurant called City Avenue in Pennsylvania in the 1980s. At the time, Christiana’s mother was working for legal aid, and her dad was a forward at the Philadelphia 76ers.

She Brought Up in New York: Her Educational Details

Even though Christiana was born in Pennsylvania, she spent most of her early days in New York with her parents. She also accomplished her high school from there and then moved back to Pennsylvania. There she attended the private Catholic educational institution called Villanova University in Radnor.

Furthermore, Barkley enrolled at Columbia University in 2016 and later completed her graduation in journalism.

Yes, Barkley is biracial as her mother is Caucasian while her father is 14% Native American, 11% European, and 75% African descent. Born to mixed-race parents, the beautiful girl looks like her father.

As per her Linkedin profile, Charles is a former sales assistant at Turner Sports, in New York. She joined the company in August 2011 and worked for it for nearly three years. However, other details about her career are yet to reveal.

Barkley is Deeply Committed to Philanthropy

Charles Barkley’s daughter Christiana Barkley is active in charitable organizations for a long time. She staunchly supports the non-profit organization Fresh Start Women’s Foundation in Phoenix, Arizona. It helps women who need to improve their lives by providing them education, social work, and family law support.

Her mother, Maureen, is also part of the organization. In March 2016, the daughter-and-mother duo hosted the Fresh Start Fashion Gala to raise funds for the Foundation. The event held at a luxurious Scottsdale resort collected around $2 million. Over 700 guests visited the program.

Furthermore, the foundation also spreads awareness about women’s rights via its official Instagram, which has over 2k followers.

On the other hand, Christiana’s father is also pretty into philanthropic work, especially in the educational sector. He donates $1 million to Alabama’s oldest HBCU, Miles College. The NBA star has also donated a lot of his fortune to his hometown of Leeds, Alabama, to improve the locality.

Is Christiana Barkley Married? If Yes, Who is Her Husband?

Barkley, 31, is all set to marry Ilya Hoffman. The soon-to-be-married couple will tie the knot on March 6, 2021, according to Registry Finder. And their wedding ceremony will be organized in Scottsdale.

Back in early 2020, her mother Maureen posted a couple of photos of her daughter and her partner on her social media. The snaps were pretty likely from the wedding. Therefore, several of her followers congratulated the then likelihood newly-minted couple.

But, it all became clear when Maureen responded to one of her commentators’ comments, writing, “they’re not married. They just happened to be a wedding in the photo.”

Talking about their first meeting, they met during a basketball game in 2017 and started dating that spring. In fact, Hoffman is not “a sports fan.” He also doesn’t watch sports or play sports.

Christiana and Her Husband Ilya Hoffman’s Wedding in 2021

As per their abovementioned wedding date, Christiana and her spouse Ilya exchanged their wedding vows on 6th March 2021. And their wedding ceremony was held at the Andaz Scottsdale Resort and Bungalows. Their family members and friends were at the event which was led by Rabbi John Linder.

As for their wedding dress, Ms. Barkley opted for a floor-length, sleeveless Reem Acra wedding gown, while her hubby Hoffman wore a dark suit and white shirt.

At present, the couple resides in Vermont.

Her hubby Ilya is now the director of writing and senior account manager at a college consulting company, the Koppelman Group. As a matter of fact, Hoffman is actually from Moscow. But a few years after his birth, Ilya moved immigrated to the United States with his parents Alex (father) and Katia (mother). He grew up in Queens with his brother Ash.

Barkley has a $200,000 fortune in 2022. She used to live in her father’s house located in Scottsdale’s Gainey Ranch. He acquired the metro Phoenix mansion in 1998 for $2.2 million. Besides, her dad Charles has an estimated net worth of $50 million. He also owns many exotic cars such as Mercedes and Porsche.

Christiana’s father Charles Barkley is a retired basketball player. He was named one of the 50 Greatest Players in NBA History. During his successful career, the accomplished player played for teams like the Philadelphia 76ers, Phoenix Suns, and Houston Rockets. He also won many major accolades at the time, becoming the NBA’s Most Valuable Player in 1993.

Since his retirement from basketball, Barkley has been working as a sports analyst.

Born on January 1, 1964, Christiana Barkley’s mother Maureen Blumhardt grew up along with her four siblings in her hometown of Scottsdale, Arizona. As for her professional career, Maureen is known as a former model.

Who Is King Conde Biological Father? All About Erica Mena’s Son