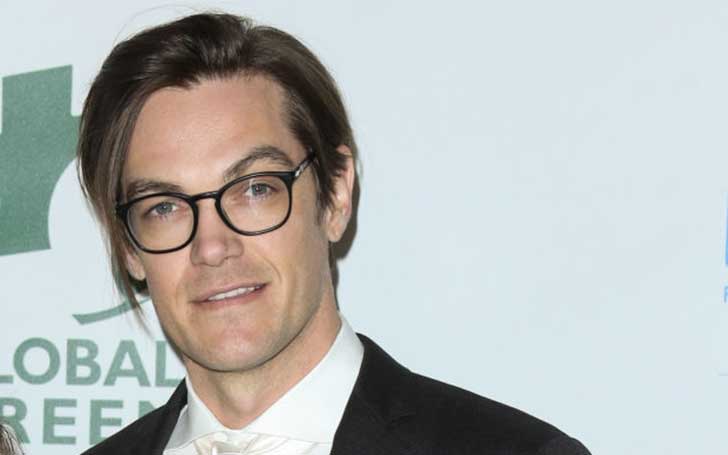 Christopher French is popular as the husband of actress and singer Ashley Tisdale. French is also recognized for his work in the TV series “Young and Hungry.”

Apart from his personal life, he is a musician, record artist, and producer, and has composed songs for a few movies as well. Moreover, he is the founder of the rock band, Annie Automatic.

Christopher French grew up in San Cruz, San Francisco along with his half-sister, Amber Chamberlain. He developed a keen interest in music in the early childhood days.

Later, he attended the Musician’s Institute for Recording Engineering and Production. Afterward, Chris went on to study music at Berklee College of Music for Film Scoring and Orchestra.

Christopher French Is a Musician & Composer 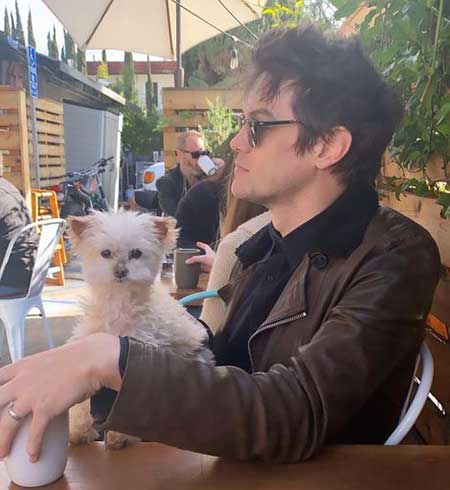 He rose to prominence after he formed an alternative rock band, Annie Automatic, in which he was a lead vocalist as well. Besides, he also worked as a composer in Summer’s Eve commercial.

French is the founder of a music studio, Lady Bug Sound, in Downtown Los Angeles.

Some of his notable career works include his work as a composer in the movie Unlovable and TV series Young & Hungry.

Christopher French earns a handsome sum of money through his profession as a music artist. As of 2020, his net worth is estimated to be around $500,000. Meanwhile, French’s wife, Ashley Tisdale has a huge net worth of $10 million.

The 38-year-old American musician is married to actress Ashley Tisdale since 2014. The lovebirds exchanged their vows on September 8, 2014, in a secret wedding ceremony.

The actress announced her marriage in an Instagram post in which she wrote “Best day of my life! Introducing Mr. and Mrs. French Sept 8, 2014,” in the caption. Here is her post.

The couple started dating in 2012 after they were introduced by their mutual friends earlier that year. They became engaged after less than a year of dating, in August 2013. French popped the question to his girlfriend while they were visiting the Empire State Building’s VIP-only 103rd floor in New York.

A source close to the couple mentioned the musician was planning to propose to Tisdale for a while before their engagement. Soon after their engagement, she showed her ring at the Instyle Summer Soiree.

French and Tisdale have been married for nearly six years, however, they haven’t yet thought about starting a family. In an interview with MSN in July 2019, the actress said she was not ready to have children. Talking to the same, she said,

Whether you’re traveling or you have work or education or you’re married and not ready to have a kid yet, there are options out there, For me, it’s like, it’s okay to not want to start a family right away. People are always asking me about that, but it’s just not the right time. And I have options out there. Everyone is different.

His Wife Tisdale is an Actress and Singer

Christopher’s wife Tisdale is a successful actress, singer, and producer by profession. Achieving initial success with Disney Channel series The Suite Life of Zack & Cody, she has portrayed dozens of roles in movies and TV.

Some of her successful films include High School Musical 2, Bring It On: In It to Win It, Scary Movie 5, Birds of Paradise, to name a few.

Before getting married to Ashley, Christopher was in a relationship with Kaley Cuoco. The duo dated from 2011 to 2012.

The former flames have even recorded a duet “Somewhere of the Rainbow” for charity purposes.

Who Is Ashley Tisdale Husband Christopher French? Their Married Life