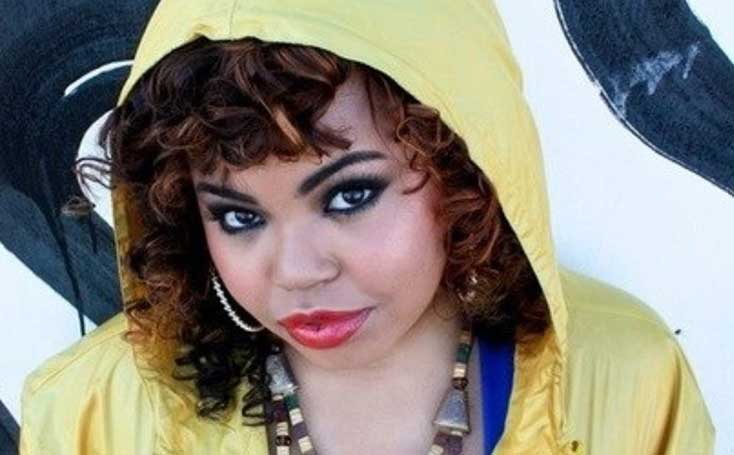 Chyna Tahjere Griffin is an American singer and songwriter who is primarily known as the daughter of singer and record producer Faith Evans. Though she is following on the footsteps of her parents, Griffin is still struggling to find success in her individual career.

Today let’s take a look at all the intricate details about her personal life including family, career, and relationship status.

Chyna Tahjere Griffin was born as the oldest child of singer Faith Evans on April 1, 1993, in Newark, New Jersey, the United States. Her biological father is Kiyamma Griffin with whom her mother Faith was together from 1992 to 1993.

After their split, Chyna lived with her mother who got married to Christopher Wallace a.k.a “The Notorious B.I.G” in August 1994.

.G was shot dead in California at the age of 24.

In 2009, a biopic of the late rapper, Notorious, was made in which, Wallace Jr. portrayed her own character.

After his death, her mother Evans married Todd Russaw in 1998. With Todd, she gave birth to two children Ryder Evan Russaw, and Joshua Russaw.

Evans divorced her second husband Russaw in 2011. Evans exchanged vows with third husband, Stevie J. on July 17, 2018. Her hubby is a American DJ and record producer.

Chyna started her career in music in the early 2010s. In January 2012, she released her first single, titled Chyna Doll-Grown Lady.

Subsequently, a few years later in 2016, Chyna collaborated with her biological father Kiyamma Griffin for a single “Alright.”

In 2018, Griffin also made her debut television appearance in the Mahisa Dellinger‘s show Mind Your Business.

Chyna Griffin Relationships: Who is her Boyfriend?

The 27-year-old singer is not dating anyone publicly as of 2020. Some online sources have mentioned Griffin is in a relationship with singer and songwriter Bobby Brown. However, there is nothing going on between the stars; at least not publicly.

Instead, Bobby Brown is in a happy marital relationship with his wife Alicia Etheredge since 2012. He also has two children with her, Bodhi Jameson Rein Brown and Cassius Brown.

What is Chyna Tahjere Griffin Net Worth?

Chyna Griffin is an emerging singer and songwriter. With just a few years into her professional career, Chyna has earned quite an amount of money. As of 2020, Chyna has an estimated net worth of $400,000.

Meanwhile, her mother Faith Evans has a $3 million net worth.