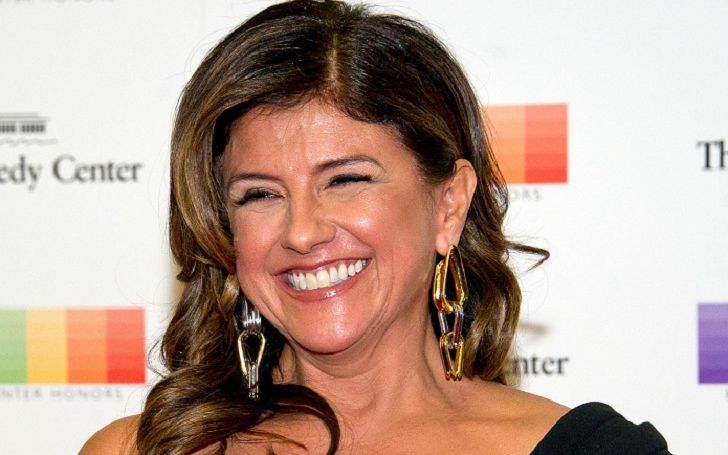 Cindy Millican (aka Cindy Millican Frey) is an American dancer and choreographer by profession. But, Cindy came into the light after her marriage with Glenn Frey, late Eagles co-founder, and frontman. The former couple was together until Frey’s death in Jan 2016. Following her husband’s demise, Millican accused Mount Sinai Hospital and Steven Itzkowitz, a gastroenterologist of failing to properly render medical care to her late hubby.

In addition, Cindy is also the mother of three kids with her late singer-spouse. Her son Deacon Frey is now following in his late father’s footsteps, making quite a name for himself. A lot of Eagles fans have also praised him for his effort to keep his dad’s legacy alive.

Meanwhile, many people also wonder to know about Cindy’s life after her husband’s passing. So, let’s find out where Glenn Frey’s widow Cindy is now and many more details about her.

As of 2022, her age is 55. She was born in Long Beach, California, the United States of America. She is an American as per her nationality and has a Caucasian ethnicity. While most of her childhood details are still missing, Cindy who grew up in Long Beach with her family completed her high schooling at her hometown’s school.

Career: Cindy is a Dancer and Choreographer

Moving towards her professional career, Cindy Millican is a dancer and choreographer. If online sources are to be believed, the celebrity spouse was interested in dance from her early life. She used to perform at several programs before making her debut in cinematography with her role as a dancer in the 1987 movie ‘The Running Man.’

Directed by Paul Michael Glaser, the movie which is based on Stephen King’s 1982 novel of the same name grossed about $38 million worldwide at the box office. It starred actors like Arnold Schwarzenegger, María Conchita Alonso, and Richard Dawson as its main characters.

Additionally, in the year 1990, Glenn Frey’s then-wife Cindy also appeared as a student in the ABC’s sitcom Head of the Class. The series which follows a group of elite students in the Individualized Honors Program at the fictional Millard Fillmore High School ran from 1986 to 1991. Actors like Howard Hesseman and Billy Connolly were on the sitcom.

In addition, Millican has also worked as a choreographer for some on-screen projects.

When Did Cindy Meet Her Future Husband Glenn Frey?

As per the article published by People magazine in 1994, Cindy met her future hubby Frey during one of his video shoots. While there isn’t more about their initial romance, they reportedly started dating soon after Glenn’s divorce from his first wife Janie Beggs in 1988. The former flames were married in 1983.

Safe to say, the two exchanged their vows after over 5-year of dating.

How long were Cindy Millican and Glenn Frey married?

The two tied the knot in 1990. Both of them kept their wedding details to themselves. Reports say Cindy and Glenn were married in an ultra-private ceremony with only their immediate family members and close pals in attendance.

Besides, the two also had a huge age gap of over 18-year but it never became a matter between their marital relationship. Over the years, the two had their fair share of ups and downs but they always stick with each other to make things happen.

Like we said above, Cindy and her spouse Glenn were in a blissful marital relationship until the singer died in 2016.

Cindy Millican’s then-spouse Glenn died on 18th Jan 2016, at Columbia University Irving Medical Center, New York, NY. As per the medical reports, one of the founding members of Eagles passed away from complications of rheumatoid arthritis, acute ulcerative colitis, and pneumonia. In fact, Fren was first diagnosed with rheumatoid arthritis in 2000.

Two years after Glenn’s demise, his widow Cindy filed a wrongful death suit against Mount Sinai Hospital and gastroenterologist Steven Itzkowitz for their negligence in his treatment. She said their negligence rendered him “sick, sore, lame and disabled,” even leading up to his death.

Millican also sued the gastroenterologist and the hospital for an eight-figure sum ($12 million) for their medical carelessness. She claimed that her hubby could have had made it if the singer was alive.

But, later the case hasn’t moved forward as Cindy failed to give proper evidence to prove her late spouse’s financial records to the court.

Where does Cindy Millican Frey live?

The Freys previously lived in their now-sold sprawling mansion at 12829 Marlboro St. in Los Angeles, California. Cindy and her late spouse Glenn purchased the house in 2002 and listed it on market in November 2017 for $14.995 million. And the six-bedroom, 11-bathroom residence sold for $14 million in December of the year.

Cindy has three children with her late husband Frey. The couple welcomed their first child, a daughter Taylor Frey on 10th March 1991. Two years after on 17th April, Glenn Frey’s then-wife gave birth to their son, Deacon Frey. And their third child, a son Otis was born in 2002.

Much like his father, Deacon is also pretty into music. He is now the frontman of his father’s band Eagles. On the other hand, Cindy’s daughter Taylor is the road manager of Eagles. She has also worked in a few movies and TV shows. Additionally, Taylor is a teacher and writer too.

Her Longtime Battle With Lupus and Philanthropy

Cindy has been struggling with a chronic inflammatory disease called lupus for a long time. It causes the patient’s immune system to attack their own tissues and organs by mistake. As a result, it affects joints, skin, kidneys, blood cells, and lungs.

Ever since Cindy was diagnosed with lupus, she and her hubby Glenn joined the non-profit organization called Lupus LA. It was founded by her physician, Dr. Daniel Wallace. She said of Daniel in 2013,

“I am so grateful to Dan for helping me to navigate through this devastating illness,”

Both Cindy and Frey were highly committed to the charity. They also raised huge money for the entity via fundraisers, lectures, and music concerts. To raise funds, Glenn and Joe Walsh also performed at the 2007 Lupus LA Orange Ball. And Cindy partnered up with the fashion designer Donna Karan to host trunk shows in LA to raise money for charity.

Prior to Lupus LA, Cindy Millican Frey also worked for A Grassroots Aspen Experience, a charity based in Aspen, Colorado.

The singer and songwriter Frey left all of his fortune and possessions to his wife Cindy. As per legal documents obtained by TMZ, Millican was named executor of his will. Meanwhile, Eagles manager Irving Azoff and attorney Barry Greenfield will be the co-executors of Glenn’s wealth in case of Cindy’s absence.

Cindy, the sole heir to her late spouse’s fortune has definitely a tremendous net worth. However, the exact amount of her fortune is yet to estimate. Meanwhile, her late partner Glenn had a net worth of $120 million at the time of his passing.