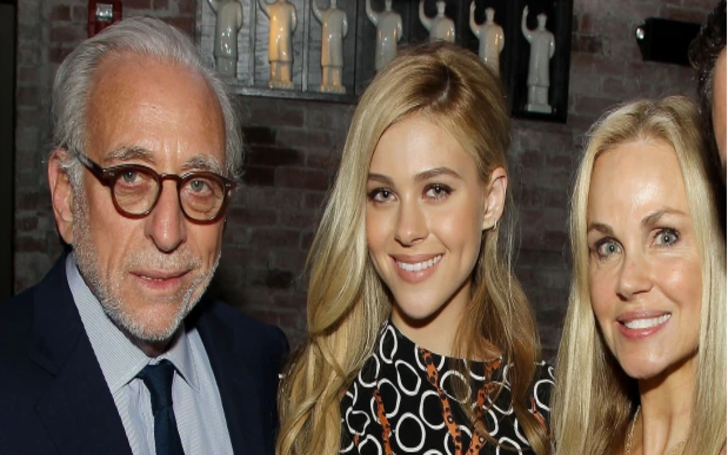 Claudia Heffner Peltz is the wife of a billionaire, Nelson Peltz. She is better famous to the public as the mother of actress, Nicola Peltz. Nicola is also the fiancee of Brooklyn Beckham. Her soon-to-be in-laws are English superstar, David Beckham and his wife, Victoria.

The 26-year-old Nicola Peltz looks near identical to her mother Claudia Heffner Peltz. People close to her have described the blonde as a keen philanthropist with an impressive collection of diamond jewelry.

Through her relationship with Nelson and as the mother of Nicola and nine other children, she has quite a story to tell including her lavishness, controversies, her preference of staying out of the spotlight, and many more. Know all these down in the writings below.

Claudia Heffner Peltz’s Father Was In The Army

The future Mrs. Peltz was born on March 12, 1955. Claudia is believed to have been born and raised in Baltimore, Maryland, and studied at a Catholic school along with her sister. Her sister, Charlene remain distant from her family for most of her life.

Heffner was born to parents, William J. Heffner and mother Barbara Heffner. Her father, William, passed away on March 27, 2009, to an illness. His obituary reads he was a Johns Hopkins University graduate who later went to the University of Maryland to earn a law degree.

Claudia’s father served in the United States Army, having been stationed in Germany during the Korean war. She has a sister named Holly McCloskey.

Claudia’s Sister Has A Weird Story

Heffner has a sister, Charlene Gail Heffner who goes by the name Chandi Duke Heffner. A cult member of Hare Krishna, Chandi went to Hawaii in the late 1980s and met with a billionaire, Doris Duke, a billionaire tobacco heiress, philanthropist, art collector, horticulturist, and socialite. Duke who used to throw lawn birthday parties for her llamas complete with cake and funny hats adopted adult Chandi. The eccentric billionaire believed Claudia’s sister was the reincarnation of her dead baby.

Chandi then soon took over Duke’s life. Doris bought her a horse farm worth then– 30 years ago– over a million bucks. When Doris died, Chandi and Doris’s ex-butler, Bernard Lafferty battled each other for the estate. Heffner’s sister sued Duke’s estate and wound up inheriting $65 million.

Chandi when last reported used to live on the horse farm and operate a very modest charity called the CDH Foundation, with total assets of $ 2 million. She also owns a U.S. ranch that takes in rescued horses, birds, donkeys, pigs, and many other animals. The Heffner sister has also been involved in equestrian sports.

Heffner married the Peltz in 1985. While it is not known if Peltz is her first husband, she, on the other hand, was his third wife.

According to Forbes, Claudia’s husband, Nelson (78), is reportedly worth over $1,5 billion. He is the 432nd richest person in the US.

Nelson dropped out of the University of Pennsylvania’s The Wharton School in 1963 and instead focused on his family’s tiny frozen-food business in Brooklyn, New York City. He used to drive a delivery truck for A. Peltz & Sons – a food delivery business for New York restaurants founded by his grandfather.

After purchasing several other food companies, Heffner’s husband built up something of a food service empire. Over the years, Heffner’s spouse turned it into the largest frozen food distributor in the northeast.

His business went on to become the biggest packaging company in the world, Triangle Industries. In 1989 Nelson sold it for a massive fortune of $840 million. Claudia’s partner then co-founded the alternative investment management fund, Trian Fund Management. Through this he made lucrative investments in major names like Heinz; Cadbury; Kraft Foods; and the US fast-food outlet, Wendy’s.

She And Her Husband Owns Lavish Properties

Claudia’s partner, Peltz is a supporter of former US President Donald Trump. For some time in the past, he lived close to him in Palm Beach, Florida. The Peltz couple still resides in their Florida property whilst occasionally spending their time in Bedford, New York.

High Winds, the Heffner and her partner’s mega-mansion in Bedford, New York boasts a lake, waterfall, an indoor ice-hockey rink, and even a flock of albino peacocks. Nelson used to commute to work from his dome by a chopper.

As mentioned, the Peltz couple also owns a palatial home in Florida’s Palm Beach ($94million, 44,000-sq-ft estate). The father of ten apparently bought the house across the street to have a site where he could build a tennis court. He later, went on to build a mansion to facilitate a place for the court.

Heffner and Peltz, who have been married for more than three decades – count Hollywood star Bruce Willis and actress Glenn Close among their neighbors.

Claudia And Nelson Are Parents To Eight Children

The former fashion model, Heffner enjoyed motherhood eight times with her billionaire husband, Peltz. She is also a stepmother to Nelson’s two children from his first marriage.

The eldest son of Claudia and Peltz is now a 36-year-old investor. He is arguably the most business-savvy sibling out of the Peltz brood. Matthew has served as a partner and senior analyst at his father’s investment management firm.

The Yale University graduate married Hallie Dunn in 2018. Together, the couple share a six-month-old son Asher. Matthew and his wife recently bought a waterfront mansion in Palm Beach County, complete with six bedrooms, seven bathrooms, a massage room, and a swimming pool.

Nicola the famous daughter of the Peltz couple, who got her first major role as Katara in the 2010s The Last Airbender – isn’t the only one who made it into Hollywood. Her older brother, Will (34), has also bagged a few minor roles in a series of film productions. He moved from the Big Apple to Los Angeles in 2009.

He’s since appeared in films such as Unfriended, Men, Women & Children, Sierra Burgess is a Loser, and Time Freak. Weltz’s recent notable appearances include the TV shows Euphoria and Manifest.

Claudia’s third child, Brad (31), played for the Ottawa Senators between August 2012 and April 2013. Before falling in love with the idea of acting, Nicola had wanted to be an ice hockey player like her brother, Brad.

After retiring, the former Ice Hockey Player went on to become the founder of Mymo, an automated scheduling system for medical appointments. The now tech entrepreneur often shares photos of himself posing alongside celebs such as Elon Musk and Cindy Crawford.

Heffner’s other daughter, Brittany trained as a competitive figure skater and studied film at New York University’s exclusive Tisch School of the Arts. She later switched her interest to the fashion industry.

These days the 30-year-old runs children’s designer brand Leah + Rae. The company sources its materials from across the globe and is made in a female-run factory in Manhattan.

Brittany is married to Franz Buerstedde, the managing director at Rhône Group. She is the mother of Buerstedde’s two daughters, Eva and Lila Rae, as well as a 10-month-old son named Phoenix Blu.

The fifth child of Claudia and Nelson is now a 27-year-old tech entrepreneur. He featured in Forbes’ 30 Under 30 list for consumer technology in 2021. Diesel is also the CEO of social networking company Twenty. The app helps “friends meet up in real life by planning future hangouts”.

As per Forbes, the company recently partnered up with location-based network Mappen. It has 2 million users and raised more than $40m in initial funding.

Claudia’s famous daughter, Nicola is a fiancee to Brooklyn Beckham. He is the son of a superstar athlete, David Beckham, and his wife, Victoria.

Nicola is also famous for appearing in films such as The Last Air Bender and Transformers: Age Of Extinction. She is also known for her role as Bradley Martin in the A&E drama series Bates Motel.

The last time Claudia was in the maternity ward, she gave birth to twins, Zachary and Gregory. In May 2016, the duo made headlines when their billionaire father, Nelson spent a whopping $2m for their bar mitzvahs celebration.

Is Claudia Heffner Peltz And Her Husband Really Tough On Their Staff?

In the early days, the Peltz couple had a reputation for being tough on staff. In February 2017, the NY Post reported Claudia and her billionaire husband fired Juan Gonzalez who served as their dog walker and chauffeur. Apparently, the reason was for taking a single sick day leave after a year-and-a-half of employment.

Gonzalez allegedly had to seek emergency medical help for shortness of breath and diabetes complications and was unable to come to work. Although it was neither Claudia nor Nelson who directly terminated Gonzalez from his job, their property manager, Ken Schwebel told him not to come back if he wasn’t to make it that day.

After firing, the former chauffeur went experienced disappointment not hearing directly from the Peltzs.

It wasn’t the first time the people had criticized Peltzes for their harsh treatment of staff. In 2009, a former website Gawker wrote a series of “House of Horrors” stories claiming that the Peltzes were notorious for laying off staff for no apparent reason.

Neither Claudia, her husband nor his managerial teams have ever returned a request for comment.

Claudia Made Her Butler Clean The Toilet Five Times

Some other former employees have also reported it with several websites about how the Peltz family treated them. On a few occasions, the allegations against them were snowballing.

The family allegedly went as far as yelling at their employees for eating bagels destined for the trash. Further, Heffner’s daughter was also apparently a terror heaping abuse on the maids, nannies, and butlers. Though, it is unclear who she was; Nicola or Brittany.

NY Mag in 2009, reported Mrs. Peltz once summoned a butler to the master bathroom after she discovered drops of urine on the toilet seat. She ordered the butler to clean it up, which he did, although she then insisted he clean the toilet seat again and again.

After he’d scoured the seat four times — Mrs. Peltzonce said one more for luck. She, nonetheless, remarked her butler having an ill attitude and dismissed him shortly after. The day was Easter Sunday.