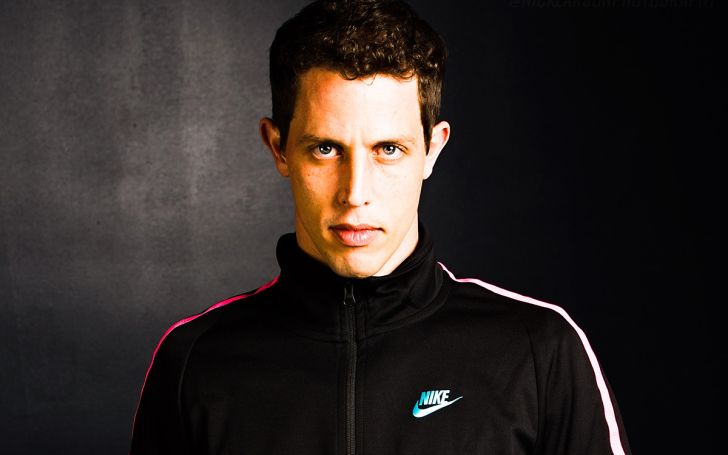 If there’s any comedian out there who roasts people without remorse, it’s definitely Tony Hinchcliffe. Born and raised in the north side city of Youngstown, Ohio, he is notorious for touching edgy subject matters while doing comedy.

But we know all that. We’re here to talk about the other aspect of his life and that is his relationship. Back in 2015, Tony mentioned having a wife, which literally took us all by surprise.

Today let’s dig deep into the comedian’s personal life if he is really married or not? and who is Tony Hinchcliffe wife, if he has any, that is.

Who is/was Tony Hinchcliffe wife? Is he really married?

During his appearance at the Joe Rogan Podcast alongside Dana White back in 2015, Tony revealed he’s married to a woman. Regardless, fans were not buying the news with many saying he is just lying.

Then in November 2017, Tony announced he is engaged to an Australian woman named Charlotte Jane. He disclosed the big news through an Instagram post in which the betrothed couple is showing off their wedding ring.

At first, many of us thought it is one of Tony’s jokes, but when his rumored fiance also shared a picture of the ring on her Instagram account, things became a bit more clear.

Many of you must be wondering if the writer ever tied the knot with his girlfriend after the engagement? Well, yes, he did marry Charlotte in a rather private nuptial. How did we find out?

Well, Tony has talked about having a wife on numerous occasions. In 2018, he mentioned his wife during a roast battle against the fellow comedian, Mike Lawrence. From the video, we found out Tony married Charlotte in Las Vegas.

Check out the full clip!

Apart from the video, we found one more piece of evidence regarding his married life. On January 7th, 2018, a female comedian who goes by the username @AFRODYTELOVE, shared a picture of herself alongside Tony and Charlotte. In the tweet, she specifically mentioned Charlotte as Tony’s spouse.

Get a little emotional when I get out to be on KILLTONY! Here in this picture with Tony Hinchcliffe & his beautiful wife Charlotte after the show on Monday, 1/1/18! Such gorgeous souls! Everyone showing me love! I’m forever grateful! Thank you all! pic.twitter.com/SIr9MGhaYa

It is safe to say, Tony has definitely exchanged vows with his girlfriend. The wedding probably took place in late 2017.

This might come as a surprise for many of you. You see, Charlotte is no ordinary citizen. She is, in fact, the daughter of late Australian race car driver, B0b Jane.

Winner of Armstrong 500, a record four times, Bob was one of the greatest race car drivers of the world. Sadly, he passed away in September 2018.

In addition, Bob was also a successful entrepreneur and business tycoon. He owned the chain of Bob Jane T-Marts, a tire retailer.

Is Tony Hinchcliffe still married or has he divorced his wife?

This is one of those questions that is quite difficult to answer. On one hand, it looks like Tony and Charlotte are still together and on the other hand, their action speaks otherwise.

Since late 2018 and up until now, both Tony and Charlotte are seen without their ring. Moreover, for the past couple of years, Tony has completely refrained from sharing pictures of Charlotte. His wife too has not shared any picture with Tony on her Insta account. But not wearing the wedding ring doesn’t always equate to separation.

On the contrary, there are also rumors that Tony’s wife left him for good after he reportedly cheated on her. There are conflicting reports that he cheated on his wife with someone in Philadelphia or Toronto.

Of all the people he has been linked with, Tony’s link-up with Polish UFC fighter Joanna is one of the most talked about. For the past several years the comedian has been saying Joanna is hot.

Little did Tony know, what started as a fun and playful banter would turn into real-life shipping of the two. Back in 2016 when Joanna shared a picture with Tony on her Twitter account, one fan even commented, ‘make beautiful funny and badass children together!”

Look who finally Had the Courage to talk to me😁 It was very nice to meet you @tonyhinchcli… https://t.co/MIaIVwqXCl pic.twitter.com/RCA9NgU79T

During his standup at the All Def Comedy Stage at Chinese Theatre, California, Tony talked about his past affairs. He revealed about his hookup with several white chicks as well as black chicks.

Tony maintains that African-American women are slightly better than their white counterparts. Black chicks are apparently warmer than whites.