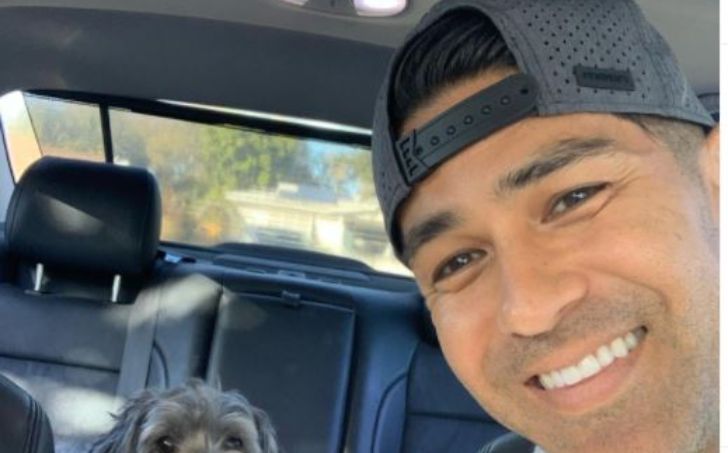 Craig Melton is a salesman in the enterprise and a former soccer player/model who is known for being the ex-husband of Glennon Doyle, author and activist known for her #1 New York Times bestsellers Untamed, Love Warrior, and Carry On, Warrior.

Melton and Doyle for 14 years from 2002 to 2016 during which they became parents to three children. Their love chapters were something that pushed Doyle into the bestseller’s fame.

While there might be nothing Glennon hasn’t revealed about her relationship with Melton in her books, Craig to some extent appears to have a lot to tell about his life as well. Know all of them in the writings below.

Mr. Melton was born in April 1975. While he doesn’t speak much about his father 0r mother except in the parents’ days, what’s known is Melton has a sister, Nicole Stracener. Also, something that is on the records is he studied at Lake Braddock Secondary School.

Upon growing up, Craig graduated with a degree in BA Psychology from George Mason University, also the very institute where he completed his Masters in Telecommunication Management. At George Mason, Melton was also on Men’s Division I Soccer Team.

After completing his education, the Hispanic part-time soccer player served as an account executive at Savvis Communications, Herndon, Virginia.
He then became Sr. account executive at Windstream Communications Telecom in Herndon. In June 2004, Doyle’s ex-husband would leave the Windstream and start working at Deltek as a sales director. He remained there for four years before moving to SpringCM, a DocuSign company to work as an enterprise sales.
From Nov 2011 to Dec 2016, Melton worked at Privia again as an enterprise sales. After that, the former husband of the New York Times best-selling author became the vice president for the emerging technologies of DecisionPoint Corporation. After serving there for less than a year, he returned to working as an enterprise salesman only this time for Visible Thread.
Since Feb 2021, Melton has been working in enterprise sales for Prevail, a cyber security company.

How Did Craig Meet His Ex-Wife, Glennon Doyle?

Craig met Doyle on July 4, 2001, at an all-day bar crawl in Washington, DC. The latter was then 24 while the former was a brawny part-time model and semipro soccer player.

The former wife & husband Glennon and Craig slept together the first night they met and began “drinking and drugging constantly,” the Burke-born writer confesses in her 2013 memoir, Carry On, Warrior.

Not long after, Glennon quickly found herself pregnant but she would decide to abort the baby. Craig offered to pay but she refused – saying, “I’ve got it.”

Several months later, on Mother’s Day 2002, the James Madison University graduate discovered she was pregnant again. She made sure this time she wasn’t going to abort the child.

“I become aware, there on the floor, that I will have this baby,” Glennon writes in Love Warrior. She also soon quit her addictions and all. The Ted Ex speaker promptly married Craig; at the wedding, she donned a rhinestone tiara and high heels.

Of her marriage, Glennon says she wed “a man I’d known for 10 sober nights”—in a ceremony in his childhood backyard in Burke.

After the wedding, Craig and the Love Warrior writer had a baby boy who they named Chase. The three settled in Fairfax, Virginia. Glennon then went on Lexapro and became a preschool teacher.

She and the soccer player turned salesman had another baby, a girl, Tish Melton, named after Glennon’s mother in 2006. Two years later, Craig and Doyle became parents for the third time when they had Amma, named after the author’s sister, Amanda in 2008.

Craig And Glennon Remained Together Despite The Former’s Cheating

Doyle writes in her book, she and Craig separated after the latter admitted to having affair during a therapy session.

The rift in Doyle and Melton started to appear amidst the time when the former Momastery writer was about to make a major breakthrough in her writing career. She had just started to receive unexpected reviews for her collection of essays called “Carry On, Warrior.”

Within a week she posted them on Facebook, she was getting calls from New York book agents, and soon 10 publishers were in a bidding war for rights to her first book. Her book debuted at No. 3 on the New York Times bestseller list in April 2013 and eventually sold more than 200,000 copies.

However, the week before Doyle Melton was to go on the road to promote it, her spinning world slammed to a halt after Craig confessed he’d been cheating on her throughout their marriage.

Glennon writes she and Craig though recovered from all that — through anger, grief, self-exploration, so much therapy, and ultimately, grace. Doyle chronicled the struggle of her marriage with Craig and how they saved it for a while on her second memoir, Love Warrior.

In the book, she discusses her ex-husband’s infidelity while the memoir itself ends with the Virginia native and Craig standing on the beach facing the Gulf of Mexico, renewing their vows.

They Broke Up After Glennon’s Coming Out

Despite cheating and subsequent reconciliation, Doyle would break up with Craig between mid to late 2016.

She did so by first sending her an urgent text message one afternoon, saying she had something very serious to discuss. The father of three describes the message as something of a 911 call, “like Code Red.” He rushed home, on the way, thinking, if Glennon had cancer, or if she had become gay.

While he experienced a sense of relief when he found out it wasn’t cancer, the wave of “sadness, confusion, and anger” arrived when Doyle talked to him about her sexual orientation. She additionally also confessed to him about her relationship with Abby Wambach, a woman, celebrity soccer champ, Olympian, Activist, and Author.

Of that moment, Craig says,

“I thought we had been doing things the right way. Both of us had been working on ourselves. We’d entered a phase that was supposed to be a new life for us. It was a shock. It felt like the end of the world.”

The dark-haired former model, however, felt he had no choice but to accept his new reality. Glennon was then set to publish her second book. Craig was as understanding as he could be and now he shares joint custody of the children with the member of the Fast Company Queer 50 list.

In the present, Craig, Abby, and Glennon are almost the perfect personification of good co-parenting.

In fact, Melton and Abby, the current wife of his ex-partner occasionally serve as the co-mentors of their children’s soccer team. Abby also bears a warm appreciation for her wife’s ex-husband, Craig. Of the Psychology student, she says,

“Craig gave me the biggest gift in allowing me into the family dynamic,” says Wambach. “He gave the kids permission to love me.”

Wambach and Craig have even played together on the same adult-league soccer team. Reportedly the famous talk show host, Oprah Winfrey was also among the first few people with whom Glennon had revealed about her coming out and her relationship with her current spouse, Abby.

In fact, before going public with her sexual orientation and her love for Wambach, Oprah had said to the viewers, ‘Get ready. The bloodbath will be tomorrow.’ The next day, Glennon, announcing her coming out, posted a selfie on her Facebook page of her and Abby captioning the image with,

“Feels like the world could use all the love it can get right now. So today, I’m going to share with you my new love. Her name is Abby. You might recognize her from soccer.”

The majority of Untamed writer’s fans supported her. Melton and Wambach announced their engagement in Feb 2017, with a Facebook post showing off two very sparkly engagement rings. They married in May 2017.

Does Craig Have A New Wife?

While Doyle seemingly can’t be any more happy and content with her new soccer coach partner, not so much has been in the talks about her former male spouse, Craig Melton.

Although she once on her Instagram disclosed, the father of her children was also dating somebody, she didn’t say who Craig’s then-partner was.

In any case, it now seems the relationship might be over way ago as it’s been a while since Craig last talked about having any such romantic partner on his socials. Either that or the soccer coach is keeping his love life all to himself only.