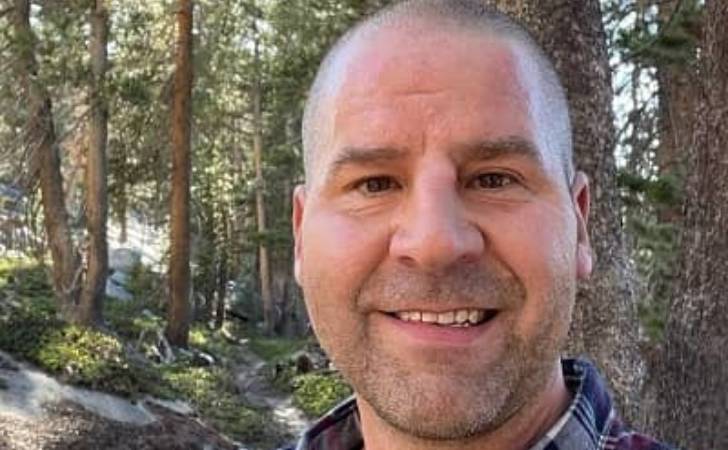 Dan Jewett is a chemistry teacher at a high school. He is most famous as the husband of Mackenzie Scott, the former wife of the founder of Amazon Jeff Bezos. Further, MacKenzie is an American Novelist and Philanthropist as well.

As a high school teacher, Dan has dedicated all his life to teaching. But things for him changed after his relationship with Jeff Bezos’s ex-spouse Mackenzie. But how did Dan & Mackenzie meet despite all the differences in terms of status and background? How did their love story start?

Today, in this article, we are going to address all your curiosity regarding Dan Jewett’s marriage with Mackenzie, his career, age, net worth, & much more. And also let’s have a look at Dan Jewett’s Early life and his profession.

Dan Jewett was born in the year 1968, which makes him 54 years of age as of 2022. As a child, he spent most of his days in Seattle WA, United States of America along with his parents. However, he has so far kept details about his parents, and siblings away from the media.

Talking about his education, he attended Oxford Hills Comprehensive High School in the year 1994. Further, he studied at the Eastern University from the year 1994 to 1998 and completed his bachelor’s degree in science, Chemistry. Moreover, he finished his master’s in Education from the same university (Eastern University) in 2002.

Besides, he is believed to be from Caucasian Ethnic Background and has American Nationality.

Dan Jewett’s Career: He Is A Teacher By Profession

Moving on to Dan’s career, he previously worked professionally as Observatory Administrator at the Eastern University, where he studied between the years 1998 to 2002.

Furthermore, in August 2011, Dan moved to The Bush School and served there till June 2016 as a chemistry teacher. Currently, he is teaching at Lakeside School, an elite school situated in his hometown, Seattle.

Dan Loves His Profession As A Teacher

Dan seems to be very enthusiastic about his profession which is why he picked teaching as a career. In fact, one of his students from Harrington High School, Josh Verlin, who is also a well-known sportswriter from Philadelphia, talked about Dan in a conversation with People. He said,

He was involved, energetic, passionate, friendly, gregarious in a really earnest way, “He so clearly loved what he was doing, loved teaching and loved science, and enjoyed working with the students… He was very engaging, and you wanted to be in his class.”

From this statement, we can clearly say how dedicated and involved, Dan is in his work.

As we said, Dan married the former wife of Jeff Bezos, MacKenzie in the year 2021. The news about their marriage came out in the media on March 6, 2021, through Dan’s Giving Pledge letter.

Well, as of 2022, the husband and wife are married for over a year and they seem pretty happy in their relationship. But how did the couple first meet? Are You Curious? If Yes, here we go.

As per People, Dan and his spouse Mackenzie came across each other in Dan’s workplace at lakeside school. Actually, Jewett happened to be her children’s science teacher which lead to their meeting and eventually a romantic affair and marriage.

As per sources, the couple has seen often on the high school premises along with the children.

MacKenzie Scott was born on April 7, 1970, in San Fransisco, California, and grew up to become a novelist and philanthropist. Dan’s better half is the American Book award winner for her debut novel named The Testing of Luther Albright. Apart from this, she is a founder and executive director of an anti-bullying organization, Bystander Revolution.

Further, she acquired the 21st position as the wealthiest person in the world, and on the other hand, she is the third-wealthiest woman in the United States of America. Besides, this California-born novelist is also one of Time’s 100 Most Influential People of 2020. Likewise, her name came up in the list of Forbe’s world’s most powerful women in  2021.

Was Dan Jewett Married Before? Does He Have Children?

There is no information about Dan being married prior to his marriage to Mackenzie, at least he has not spoken about it yet. So, we can assume that he was unmarried all his life before he met his current wife. And finally, in 2021, he is mutually involved with the lady of his life for a lifetime.

Talking about having children, there is no authentic source to tell he has a child from his earlier relationship. However, he is seen with a baby in one photo that he has used as a profile on his Twitter. But, still, we are unsure about it.

Jewett Is A Step-Father To Four Children: Are They Together?

Dan’s spouse Mackenzie has 3 children with her ex-husband Jeff Bezos and also she has one adopted daughter from China. Among four of her children, just two of their name is known, Preston Bezos and George.

Despite being a new dad to these children, Dan shares mutual respect as a father figure to his wife’s children which is more clear from his wife’s intro in Amazon. As per his wife MacKenzie’s Amazon Biography, Dan is currently living with his wife and his four stepchildren in Seattle. In this regard, we can assume that Dan shares a good relationship with his stepchildren which is why they are living together in his hometown.

Dan Jewett Is Also A Partner In His Wife’s Philanthropic Work; On Their Foundation

In 2019, when MacKenzie separated from her billionaire former husband, she announced herself to be a dedicated philanthropist. As a result, she has already donated $4.1 billion to hundreds of organizations to embrace the life of people who are facing major financial problems amidst COVID-19.

In this philanthropic work, her current husband joined her. Jewett on Scott’s Giving Pledge page has promised to join her with the commitment to serve others. He wrote,

“It is strange to be writing a letter indicating I plan to give away the majority of my wealth during my lifetime, as I have never sought to gather the kind of wealth required to feel like saying such a thing would have particular meaning,”

Dan is happy to announce that he is supporting his wife in her social work and is merely happy to be her husband, which is cleared from the statement,

“In a stroke of happy coincidence, I am married to one of the most generous and kind people I know—and joining her in a commitment to pass on an enormous financial wealth to serve others.”

Thus, we can say that Dan along with his wife has a strong foundation together to work for needy people.

Further, he is also on Twitter with the name Daniel Jewett with 368 followers.

For most of his professional life, Dan has always been a high school Science teacher. Currently, he is teaching in one of the most renowned and well-groomed schools. So without any doubt, we can say that he earns a good income.

In that case, his net worth is about $25 billion as per some websites. On the other hand, his famous wife has a net worth of $36.2 billion.