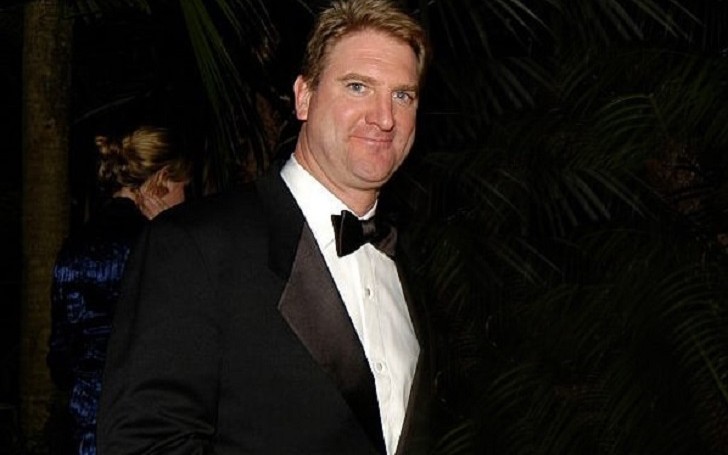 Daniel John Gregory is popular as the husband of one of the veteran media personalities, Martha MacCallum. The couple is proud parents of three children too.

Aside from being a celebrity spouse, Gregory is the vice president of Gregory Packaging Inc. in Newark, New Jersey. The company makes suncup juice and provides its services to a variety of sectors, from schools to healthcare.

Here is a look at Gregory’s professional life, family details, and find out what does he do?

Who is Daniel John Gregory? Belongs to a Wealthy Family

Daniel John Gregory was born in Upper Montclair, New Jersey, in 1963. He is the son of Edward R. Gregory and Cecelia Dohen Gregory. His dad was the founder and president of Gregory Packaging Incorporation. He passed away in 1999.

Talking about his mother Ceceli, the old woman was an accomplished pianist as well as an avid reader. She attended Kean University, in New Jersey and graduated with a B.A. in English. Nonetheless, Ceceli died in 2013. She was 84 at the time of her death.

Gregory attended Father Judge High School in Pennsylvania. He there was involved in a number of sports including hockey, soccer, and track & field. He later completed his graduation from Villanova University.

Daniel currently serves as the vice president of Gregory Packaging Inc. in Newark, New Jersey. His late father, Edward, founded the company in the ’60s and also served as the president of the company until his retirement.

The company makes Suncup Juice and delivers its extensive products to Health Care, Schools, Day Care Centers, Elderly Feeding, and Prisons. Furthermore, the company has expanded the business in several other cities, including Phoenix, Georgia, and more.

Daniel John Gregory and His wife Martha MacCallum is married since 1992: About their wedding

Daniel tied the knot with his wife Martha MacCallum on 22nd August 1992. Their Roman Catholic wedding ceremony took place at St. Elizabeth’s Church in New Jersey. A number of their family members and close mates attended their big event. It was officiated by Joseph Fitzpatrick.

At the time of their wedding, MacCallum used to work in corporate relations at Dow Jones & Company. The couple is happily married for nearly 29-year now and their love life is still a smooth ride.

They Have Three Children: Their daughter Elizabeth is a Villanova University Graduate

Their grown-up daughter Elizabeth attended Villanova University and graduated with a major in political science in 2018.  She is a special coverage volunteer for Fox News since August 2012.

Daniel John Gregory resides in New Jersey with his wife and children. The happy family of five also has a house nestled in Chatham, Massachusetts, on the elbow of Cape Cod.

They bought the property back in 2011. It had already been revamped several times over the years at the time of purchase. Built-in the 1960s, the house looks pretty natural due to its yellow, green, and blue colors.

How much is Daniel John Gregory’s net worth?

Gregory has a net worth of $800,000 as of 2021. He makes such a good fortune through his business career. On the other hand, his life partner MacCallum’s total fortune is $8 million. According to the sources, Martha receives an annual salary of $700,000.

Born in Buffalo, New York, MacCallum is the daughter of Douglas C. MacCallum and Elizabeth. She attended Ramapo High School in Franklin Lakes. Later, she went to St. Lawrence University and earned her bachelor’s degree in political science.

MacCallum initially worked in Dow Jones & Company, a publishing firm. She then started working at Wall Street Journal Television and became a part of the company from 1991 to 1996. The same year she left Wall Street, she joined WPXN-TV and served as an anchor and reporter for the station.

Martha is now a news anchor for Fox News, where she also hosts The Story with Martha MacCallum. Besides, she has interviewed several renowned public figures like former President Barack Obama, late Senator John McCain, General David Petraeus, and many others.